LionsWatch: North stars in Round Four

Fans of The British & Irish Lions will have been delighted to see George North back to his very best on Friday night. [more] 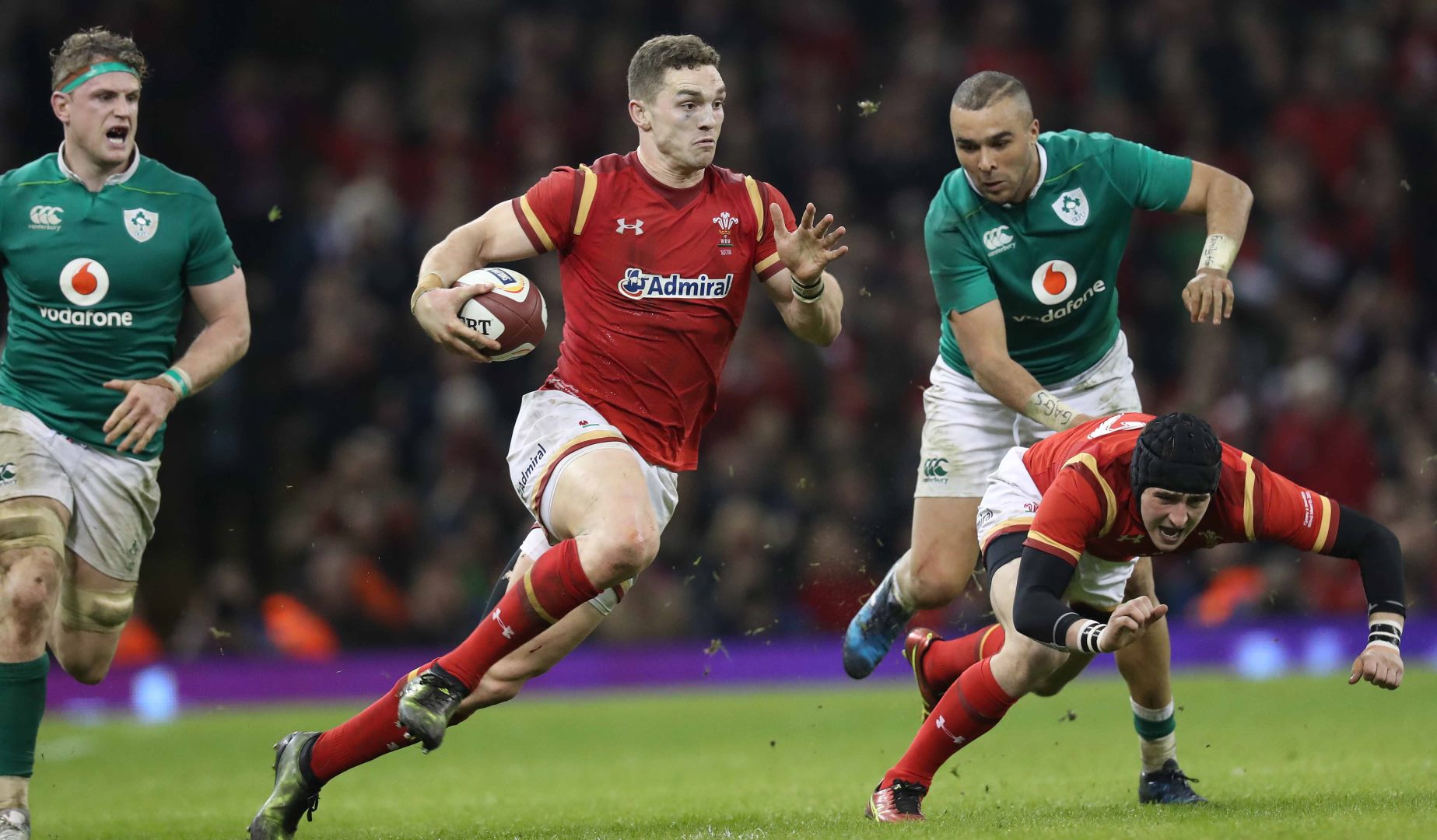 Fans of The British & Irish Lions will have been delighted to see George North back to his very best on Friday night.

Even Ireland fans, once the pain of defeat in Cardiff has subsided, will take some solace from the knowledge that North – a hero for the Lions four years ago in Australia – is firing on all cylinders again.

The Northampton Saints powerhouse crossed for two tries in Wales’ dramatic and hard-fought 22-9 win over Ireland at Principality Stadium.

And with Lions Head Coach Warren Gatland set to name his Lions playing squad in just over a month on April 19, it did not come a moment too soon for the Welshman.

Overall North made five clean breaks and beat eight defenders, while carrying for over 100m in an impressive win.

But the battle out wide was only just shaded by North, as two other Lions also caught the eye in the same game.

2009 tourist to South Africa Keith Earls looked full of invention and acceleration as he beat seven defenders of his own, while 2013 tourist Simon Zebo was tireless on the other flank.

In Saturday’s victory over Scotland, England wing duo Anthony Watson and Jack Nowell both got through some work for England, the former also dotting down for a try.

But really it was the man inside them, man-of-the-match Jonathan Joseph, that did most of the damage.

The centre made a round-high 120m with ball in hand, beat five defenders, made four clean breaks, scored a hat-trick of tries and laid on his Bath clubmate Watson for a score in an incredible hour before being withdrawn to rest for Dublin.

But while attacking rugby was undoubtedly the order of the day in round four, there were a number of all-action defensive displays that also caught the eye.

None more so than Joe Launchbury who is compiling a remarkably consistent Championship for England after man-of-the-match outings against both Wales and Italy.

Against Scotland, the Wasps lock made 22 tackles without missing one as Scotland were hit for seven tries in a record Calcutta Cup scoreline.

His opposite man Richie Gray also got through a mountain of defensive work as England turned the screw.

But in Cardiff it was the Welsh back row that really held sway, Sam Warburton, Justin Tipuric and Ross Moriarty combining for 53 tackles and only one miss.

Warburton (21) and Tipuric (20) were the leading protagonists as Ireland were held tryless despite dominating possession and territory for much of the clash in Cardiff.

Throw in skipper Alun Wyn Jones' 18 tackles as well and clearly there were a number of locks impressing across the four home nations.

At line-out time Devin Toner claimed five, the same amount as Richie Gray with Courtney Lawes one behind on four.

But the versatility of Tipuric – who led the way with a  whopping nine line-out takes – and Scotland skipper John Barclay – who made five – will have also impressed Gatland as he looks for points of difference in narrowing down his squad selection.

A couple of backs are also worthy of mention for their work in defence, Leigh Halfpenny and Huw Jones both managed two turnovers each for Wales and Scotland respectively – more than any forward across the four home nations achieved.

News
Previous story LionsWatch: Social media reaction to the weekend’s action
Next story Hansen: 2017 Lions could be ‘best ever’