Neil Jenkins and Graham Rowntree will join The British & Irish Lions coaching team for the 2017 Tour to New Zealand. [more] 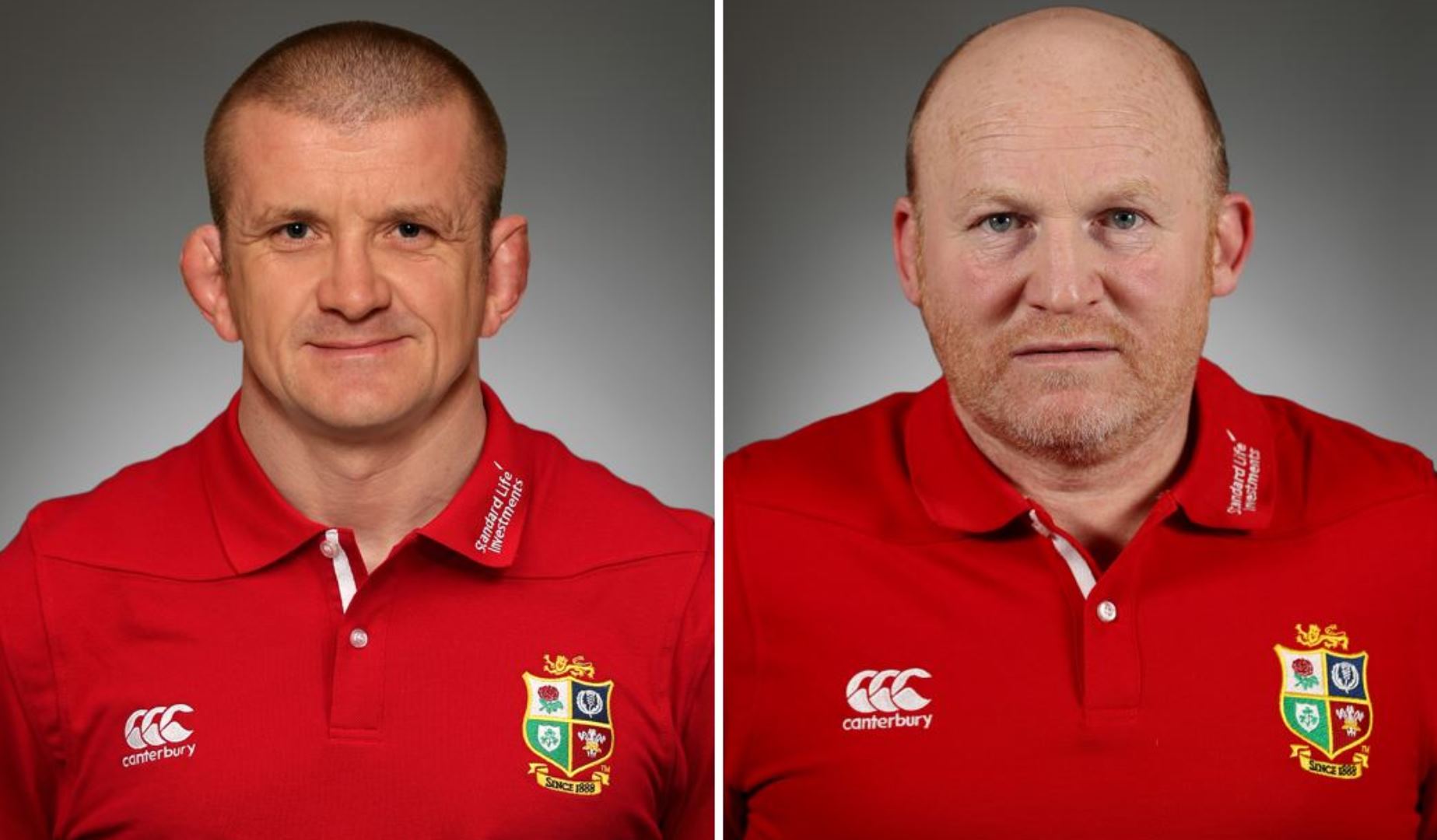 Neil Jenkins and Graham Rowntree will join The British & Irish Lions coaching team for the 2017 Tour to New Zealand.

Both will be touring with the Lions for the fifth time – twice as players and three times as coaches, including the successful series in Australia in 2013.

Gatland said: “We all know what Neil and Graham bring – a huge amount of knowledge, experience and expertise at club, international and eight Lions Tours between them. They understand what it will take to win in New Zealand and to have them on board again is positive.

“I know Graham and Steve will complement each other and Neil will give us valuable backs and skills support.  Given the schedule, with two games a week, having six coaches will allow us to devote enough time to ensuring we are successful.

“I believe we have a coaching team that will get the best out of what will be a highly talented and motivated group of players capable of winning the Test series.”

Jenkins said: “It is a huge honour to be asked to be part of the 2017 British & Irish Lions Tour. The Lions is a special and unique side and I am fortunate to be heading on my fifth Tour.

“I am excited to be joining up with a very experienced, successful coaching team for what is going to be a huge challenge against the World Champions.

“I have experienced two series wins, most recently in 2013 and I’m looking forward to getting out on the training pitch and preparing for the challenge this summer.”

Rowntree said: “I am honoured to be asked to tour with the British & Irish Lions again and I really am thankful to Harlequins, John Kingston and David Ellis for allowing me to go.

“Having experienced the highs and the lows of the Lions as a player and a coach, I know how special it is. This year will be the ultimate challenge considering the form that New Zealand have been in across the last decade, but looking at the talent and potential in England, Ireland, Scotland and Wales, it is a hugely exciting opportunity for us to do something incredible.

“I am grateful and excited for the opportunity ahead, but my attention will firmly remain on Harlequins until the conclusion of our season.”

He has been part of two winning Lions series, his first as a player against South Africa in 1997 and the second as part of Warren Gatland’s series winning coaching team in Australia in 2013.

Born in Church Village, Wales, Jenkins made 237 appearances for Pontypridd, amassing 3,185 points.  He went onto play for Cardiff and Celtic Warriors at the inception of regional rugby before retiring in 2004.

In the international game he scored a then world record 1,090 points in 91 tests for Wales and the Lions and still remains the record points scorer for Wales.

He made his international debut for Wales in 1991, earning 87 caps for his country.  He toured South Africa and Australia with The British & Irish Lions, earning four Test caps.

He joined the Welsh Rugby Union as skills coach in 2004 and began working with the national squad in 2006.  In that time he has been part of a management team that has won two Grand Slams and a Six Nations title.

Wig, as he’s affectionately known, has toured twice with The British & Irish Lions as a player in 1997 and 2005 and was a coach on both the 2009 Tour to South Africa and the victorious 2013 Tour to Australia.

With 398 appearances for Leicester’s first team, 54 caps for England and two caps for the Lions, Graham has a wealth of playing knowledge to draw on and that helped forge him into one of the top forwards coaches in the world.

Born in Stockton-on-Tees, Graham was educated at John Cleveland College in Leicestershire before joining Leicester Tigers from Nuneaton in 1988. Throughout the 90s he formed one part of the famous ‘ABC club’ alongside Richard Cockerill and Darren Garforth in the front row and went on to win five Premiership titles and three Heineken Cups.

His first full England cap came against Scotland in the Five Nations tournament in 1995 and he went on to play in the 1995 and 1999 Rugby World Cups.

Graham cut his coaching teeth at Leicester before being involved with the England National Academy. From there, Graham progressed to England Scrum Coach and then Assistant Coach as part of Martin Johnson’s backroom staff which won the 2011 Six Nations.

He remained England Assistant coach under Stuart Lancaster between 2012 and the 2015 Rugby World Cup before joining Harlequins in 2016.