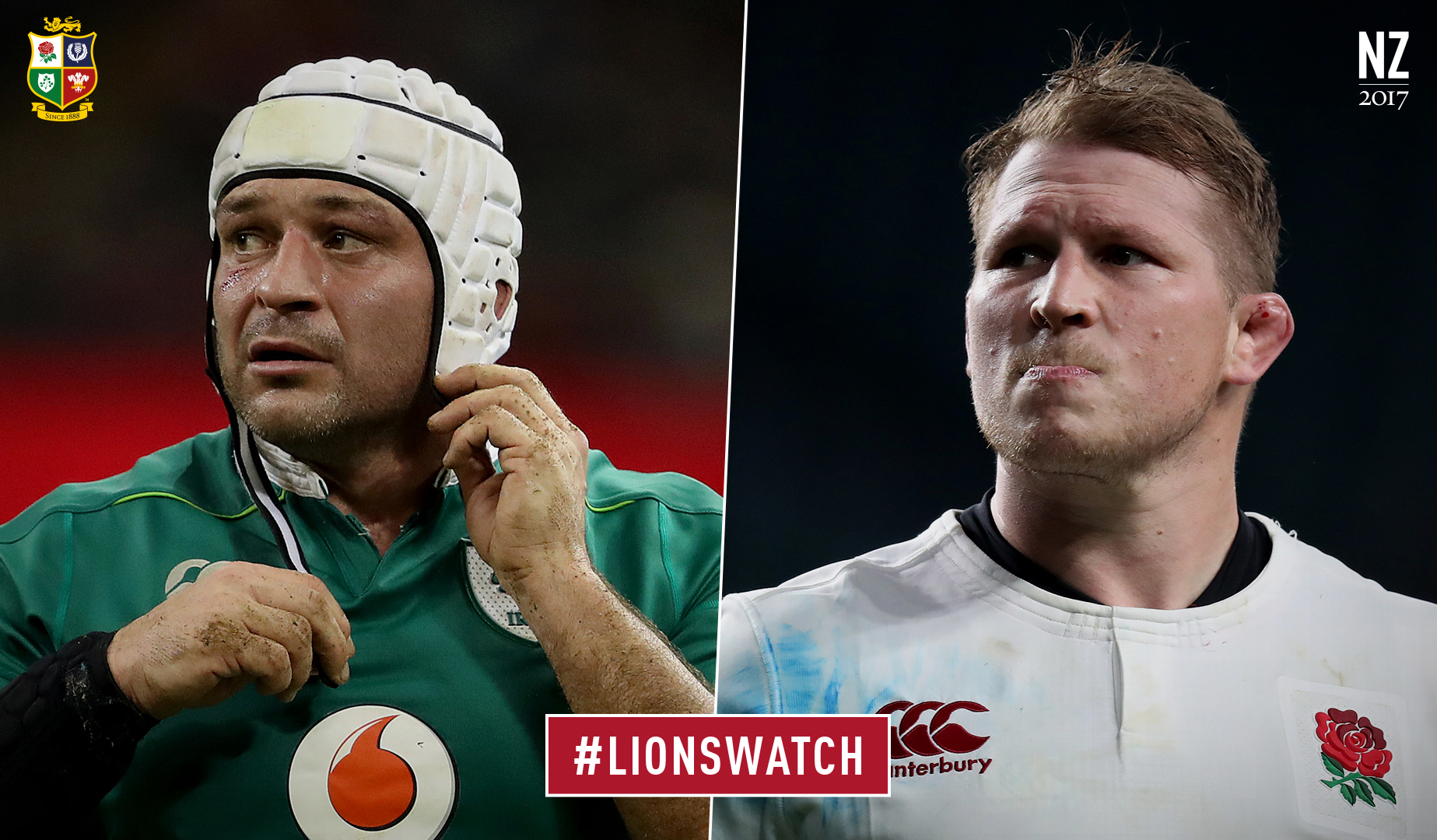 There is much on the line this Saturday when Eddie Jones’ unbeaten England side head to Dublin for their Super Saturday clash in the RBS 6 Nations.

Victory for England would secure an unprecedented second Grand Slam in a row and a record 19th consecutive Test win for a tier one nation.

Ireland meanwhile have never lost a home game in this Championship under Joe Schmidt and are aiming to hold onto second spot in the table.

And with Gatland watching on ahead of his playing squad announcement on April 19, there is so much more than just bragging rights up for grabs.

Ireland will be without two British & Irish Lions in Conor Murray and Rob Kearney for the Dublin decider.

Murray’s shoulder injury, sustained in defeat to Wales last time out, rules him out with Kieran Marmion stepping in at scrum-half.

Happy #StPatricksDay Wear the shamrock with pride this weekend. We will. pic.twitter.com/ReyownsQrq

Kearney’s knee injury opens the door to Jared Payne who will make his first appearance this Championship at full-back.

Elsewhere Iain Henderson starts in the second row in place of Devin Toner while Andrew Conway is in line for a debut if called off the bench for Schmidt’s side.

England are buzzing after their 61-21 win over Scotland last time out and Anthony Watson and Billy Vunipola, who both scored tries off the bench in that win, will start on Saturday as Jack Nowell and Nathan Hughes move to the bench.

There are intriguing battles all over the pitch on Saturday with LionsWatch in mind, but the battle of the two captains will surely have a huge say on the eventual winner.

Dylan Hartley had his best game of the Championship so far last time out and his near impeccable set-piece work and leadership have been the backbone of England’s unbeaten run.

Best had a couple of wobbles in the lineout against Wales but has led from the front for Schmidt’s side superbly as they downed South Africa, Australia and New Zealand in the last year.

Either side of these hookers in the front row are four props desperate to stake a claim for the Lions Tour – Dan Cole and Tadgh Furlong are the two tightheads battling it out while Joe Marler and Jack McGrath are the two looseheads.

And that is without mentioning two 2013 Lions in Mako Vunipola and Cian Healy on the replacements bench.

In the second row Joe Launchbury and Courtney Lawes have enhanced their claims for Lions call-ups with impressive RBS 6 Nations campaigns and will look to rule the skies against Henderson and Donnacha Ryan.

The back row battle of Maro Itoje and CJ Stander on the blindside will be compelling due to their contrasting skillsets. Stander is a Tasmanian devil of a ball carrier while Itoje is a languid lineout operator with an ever-improving understanding of the breakdown.

In the backline the 10-12 axis on either side will be desperate to steal a march on the other.

George Ford and Owen Farrell unpicked Scotland with ease but the defensive class of Jonathan Sexton and Robbie Henshaw will give them a severe test.

And then there is the battle of the speedsters, Jonathan Joseph and Garry Ringrose at 13 while out wide two Lions in Simon Zebo and Keith Earls take on two Lions hopefuls in the fit-again Anthony Watson and the versatile Elliot Daly.

Ireland have seven Lions in their matchday 23, three of them in the backline in Zebo and Sexton from 2013 and Earls from 2009.

Then in the forwards Best, Sean O’Brien and Jamie Heaslip bring their many years of experience with Healy on the bench.

England have Cole, Farrell and Youngs – all Test Lions in 2013 – starting with Mako Vunipola adding his bulk from the bench for 11 Lions in action in total.

England have not lost a game in 18 months, not since their Rugby World Cup loss to Australia back in October 2015.

Since then they have regrouped from their pool stage exit of their home World Cup and under Eddie Jones are aiming for an unprecedented second Grand Slam in a row in the RBS 6 Nations era.

England have only one twice in Dublin since Five Nations became Six, in 2003 and in 2013 and Schmidt has never lost a home game in this Championship since taking charge.

Ireland are desperate to bounce back from defeat to Wales last time out and know that if they lose and Wales win against France, they would fall out of the top four in the world rankings ahead of May’s 2019 Rugby World Cup draw.

“It would be a great achievement to win back-to-back Grand Slams, we want to be the best team in the world and this is the first step in getting there,” he said.

“All we can do is go out there and put a performance in that we can be proud of.

“If you look back at the history of the RBS 6 Nations there has never been a team that’s won two Grand Slams in a row. We want to achieve something historic.

“However, we know the task in front of us, Ireland away is going to be extremely difficult."

"We take too much pride in our own performance, we're well aware of what England are going for. It's St Patrick's weekend, we're at home," he said.

"We've focused on how to beat England, not why. We're pulling on a green jersey, we're at home.

“We expect a better, more consistent 80 minute performance over this weekend than we have had in this tournament.

"We can't focus on other teams, that's not the Ireland team that has us currently sitting where we are in the world rankings.

"It's been a very tough (week), after any loss it's always hard because boys do feel a bit sorry for themselves; dwell on what ifs, mistakes. The only big difference is scale of task.