John Barclay admitted Scotland were desperate to set the record straight - both for themselves and their coaching staff - in their thumping win over Italy. [more] 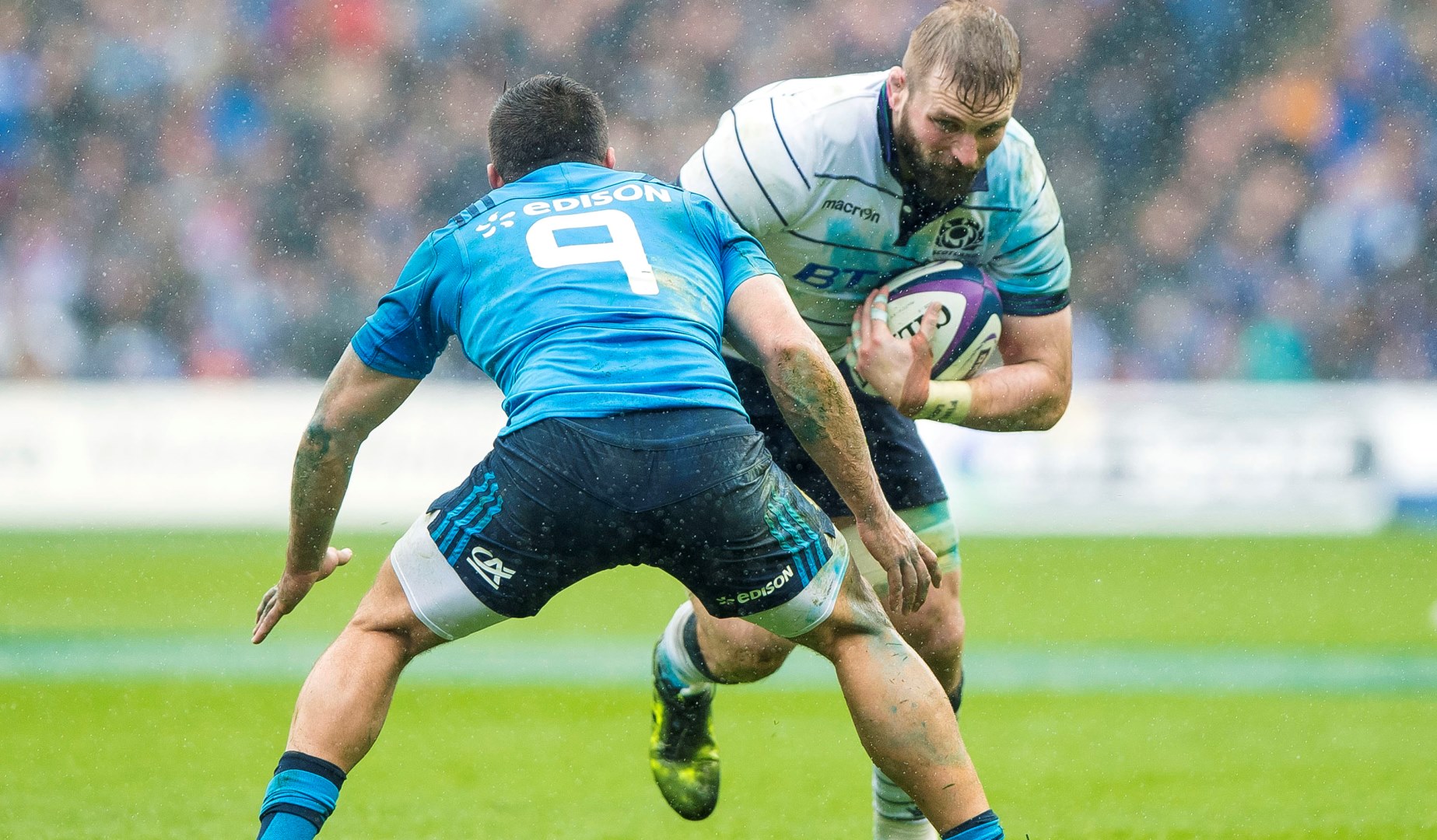 John Barclay admitted Scotland were desperate to set the record straight – both for themselves and their coaching staff – in their thumping win over Italy.

This was Scotland players’ final audition on the international stage for Warren Gatland’s British & Irish Lions Tour to New Zealand.

And after their heavy defeat to England last time out, they bounced back to secure a third win in the Championship – the first time they have done that since 2006.

Gatland will name his Lions squad on April 19 and Scotland skipper Barclay hopes his side answered a few critics with the victory – the final one of Vern Cotter’s reign.

“You have to dust yourself off (after England loss) and set the record straight after last week because that isn’t what we represent.

"We are happy with today, we got the maximum points and a reasonable Six Nations.

"It is hard to put in words what Vern has put into the team. He is a good man and you can hear the crowd. He has made a fantastic contribution to Scottish rugby and built a fantastic culture within the team and he will be humble about it all.”

Man of the match was Russell – his second award from Scotland’s five games – while 2013 Lion Stuart Hogg created three of Scotland’s four tries.

And Russell was delighted with how his side turned on the style in the second half.

"It was a great performance from the boys, we knew we had to come out here and try and get a bonus point if we wanted to finish higher up in the tournament so it was great for us to get the fourth try. To keep them to nil is great for our points difference as well,” he said.

"We were really disappointed after last week and we wanted to come back home to a sold out BT Murrayfield. It was the last game for Vern and the last time we will play together as a team with him so it is great to put in a bonus-point performance like that today.”