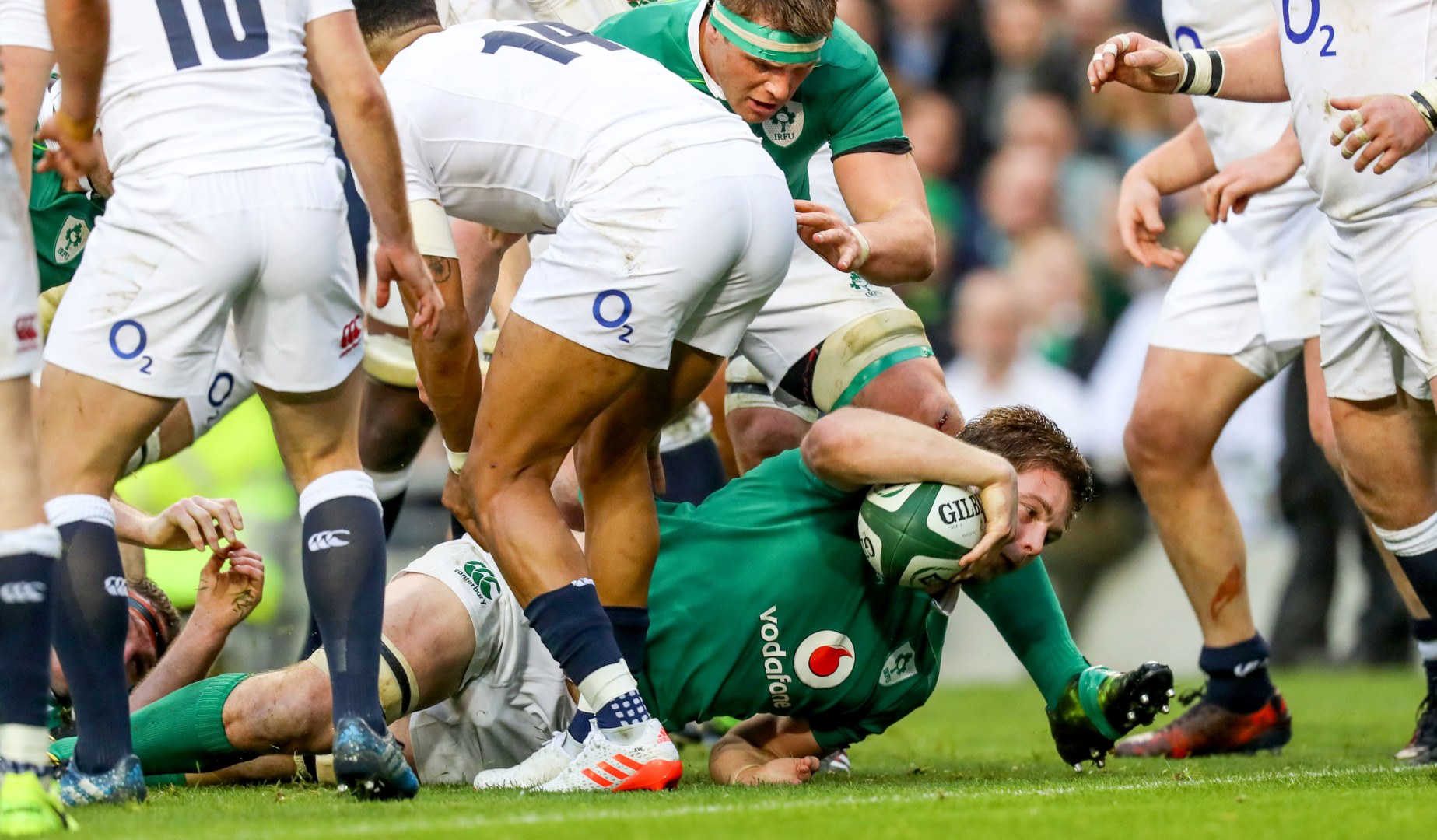 But, in the final international audition before British & Irish Lions Head Coach Warren Gatland announces his squad, it was Ireland who emerged victorious on a rainy day in Dublin.

Joe Schmidt’s side, stung by defeat to Wales last time out, came roaring out of the blocks and dominated much of the first half in fine fashion.

Their fast start was made all the more impressive considering a late re-shuffle in the back row saw Peter O’Mahony start as Jamie Heaslip was ruled out by injury in the warm up.

But Henderson burst over from a splintered rolling maul to dot down what proved to be the only try of the game.

Jonathan Sexton kicked two penalties and a conversion while for England, Owen Farrell slotted three penalties as they trimmed the lead to only four points in the second half but could never get closer.

A late call-up for Heaslip, with CJ Stander sliding to No 8, saw O’Mahony thrust into the starting back row for Ireland.

And he did his Lions selection case a power of good with a fantastic performance that earned him the man of the match award.

The Munster man made 11 carries and 13 tackles – more than any other Irishman – but it was his lineout expertise that really made a difference for the men in green.

A fantastic late lineout steal – the first and only one England hooker Jamie George has suffered in the whole Championship – was a huge moment in the game and epitomised O’Mahony’s influence on proceedings.

England were on the back foot for the majority of the first half, indeed by the interval Courtney Lawes, Joe Launchbury, James Haskell and Maro Itoje were all in double figures for tackles made.

One of the key attackers on the night for Ireland was Ulster’s Jared Payne – making his first appearance in this year’s Championship.

Rob Kearney was ruled out in the week meaning Payne – who has played the majority of his Ireland career at outside centre – went into the No 15 jersey.

An early knock on betrayed some nerves but after that he warmed to his task and was exceptional throughout.

Overall he made 100m with ball in hand, more than any other player from either side, beat four defenders for one clean break and made two offloads in a fine display.

With 2013 Lion Jonathan Sexton prompting and probing as usual the Ireland back line looked up for the job while Robbie Henshaw and Garry Ringrose led a fine defensive effort – Schmidt described him after the game as a ‘revelation again.’

And the front row of Tadgh Furlong, Jack McGrath and Rory Best impressed at set-piece time in a fine battle with the English forward pack.

England’s bid for a world record 19th consecutive Test win came to an end while they will not win back to back Grand Slams.

But they had some stand out performers on a wet day in Dublin, Lawes again leading the tackle count with 20 while Launchbury was not far behind on 17 while Itoje and Haskell managed 15 and 14 respectively.

Mike Brown also made 61 metres with three defenders beaten and Elliot Daly showed some nice touches as well as a line break in the first half.

But as they pushed hard in the second half, their power off the bench could not break down a stubborn Irish side who held on for a deserved victory.