Scotland ensured they will end the 2017 RBS 6 Nations with three wins after a 29-0 win over Italy at BT Murrayfield. [more] 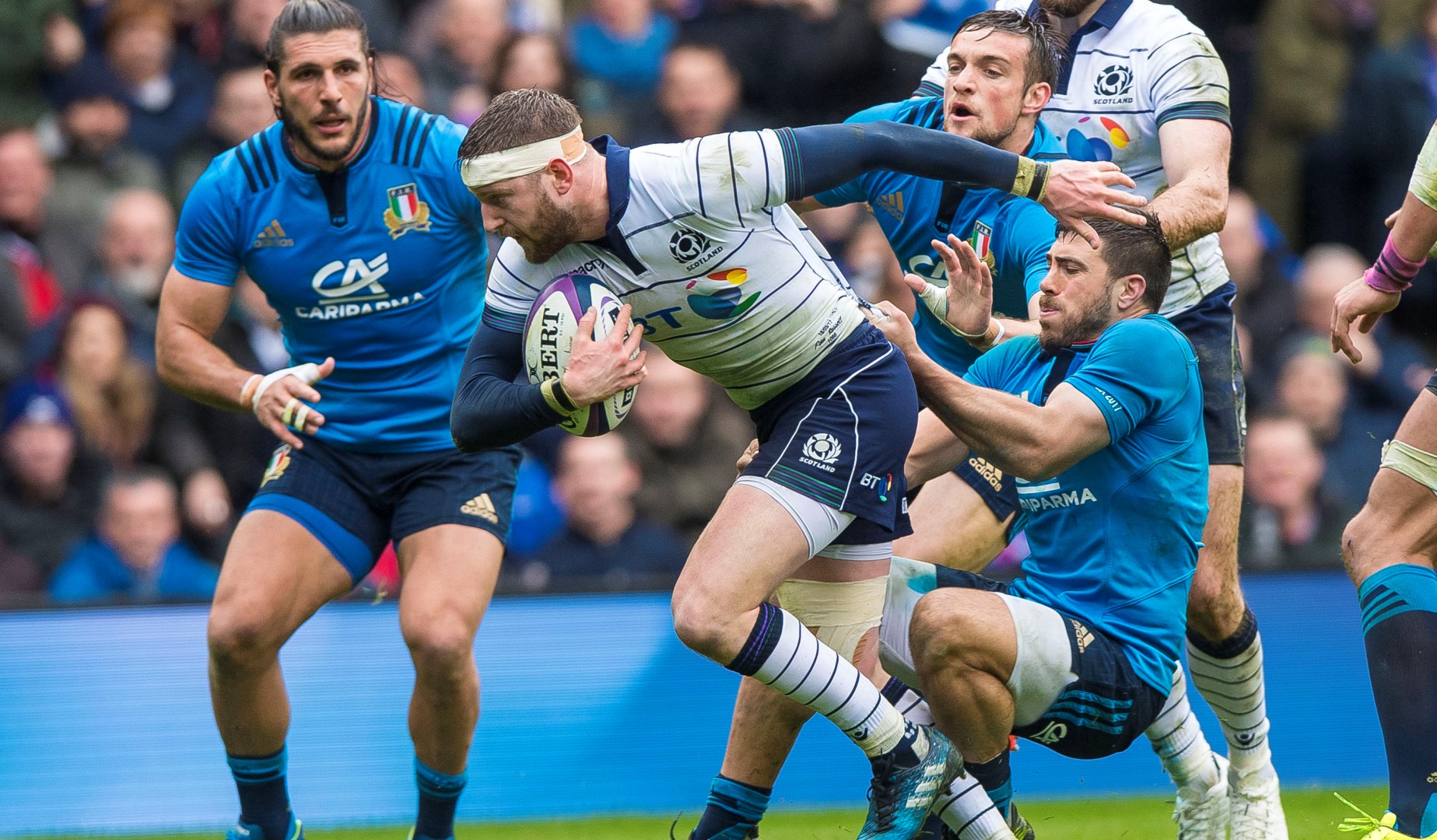 Scotland ensured they will end the 2017 RBS 6 Nations with three wins after a 29-0 win over Italy at BT Murrayfield.

The victory means Scotland a three wins in a Championship for the first time since 2006.

And with Warren Gatland selecting his British & Irish Lions touring party on April 19, Round Five of the RBS 6 Nations is the final chance for potential tourists to stake a claim for a place on the Tour on the international stage.

Scotland recorded three wins in an RBS 6 Nations campaign for the first time since 2006 and – with the Lions Tour to New Zealand a matter of months away – a number of their standout performers will be hoping they have done enough to convince Gatland they are worth a place on Tour.

Stuart Hogg underlined his Lions credentials with an impressive display at BT Murrayfield, he landed a long-range penalty early on to put the Scots in front – a lead that they never surrendered.

And Hogg, who became a father for the second time this week, also showed his intelligent kicking from hand, exposing the spaces in behind the Italian defence with some raking diagonal kicks to give Scotland good field position to launch attacks.

The full-back – who was named 2016 Player of the Championship – quite literally, had a hand in Scotland’s second try when he tapped an Ali Price kick back for replacement Matt Scott to touch down.

Early in the second half, he showed he is just as effective in defence as he is with the ball in hand. Andrea Esposito looked destined to score in the corner for the Italians but Hogg’s try-saving tackle held the ball up over the line.

Minutes later, Hogg’s heroics again denied Italy and again it was Esposito who could not beat Hogg on the outside.

The 2013 tourist made 69 metres in total, more than any other player on the pitch and also laid on the last two tries for his wingers Tim Visser and Tommy Seymour with a chip and a fine delayed pass.

Finn Russell was back to his best in Vern Cotter’s swansong in Edinburgh and was instrumental in all of Scotland’s four tries and marshalled his troops around a wet BT Murrayfield.

After Hogg’s long penalty, Russell extended the Scots’ lead and ran the show for the home side.
Russell carried 14 times beating four defenders in the process with one of his earliest carries resulting in his third international try as he darted between two Italian defenders in the left corner.

The fly-half’s ability to mix up the style of play was key to victory and his kicking from hand kept the Italians guessing from start to finish and earned him his second man of the match award of the campaign.

But it is his running threat that he is famed for and he found himself in space to release Hogg to chip over the Italian fullback and Russell was beaten to the ball only by his team mate Visser to score their third try of the afternoon.

After the early departure of centre partner Huw Jones due to injury, Alex Dunbar took it upon himself to get Scotland on the front foot.

And Dunbar got through a mountain of work making 12 carries in midfield, gaining 39 metres in the process and beating four Italian defenders.

It was his run that gave Scotland vital go-forward to build a platform on which they scored their fourth try, clinching their first try bonus point in the RBS 6 Nations.

His direct running and awareness of the space outside him complimented Russell’s elusive running threat all afternoon.

Although the Scots claimed their first try-scoring bonus point in their convincing win over the Azzurri, their last-ditch scramble defence was pivotal to their cause.

Jonny Gray and Hamish Watson both put in tremendous defensive displays making 11 tackles apiece without missing one between them – a statistic which is sure to impress Gatland.