The 2009 British & Irish Lions suffered one of the cruellest series defeats in the long history of the side, but they picked themselves up to produce a brilliant display in the third Test against South Africa. [more] 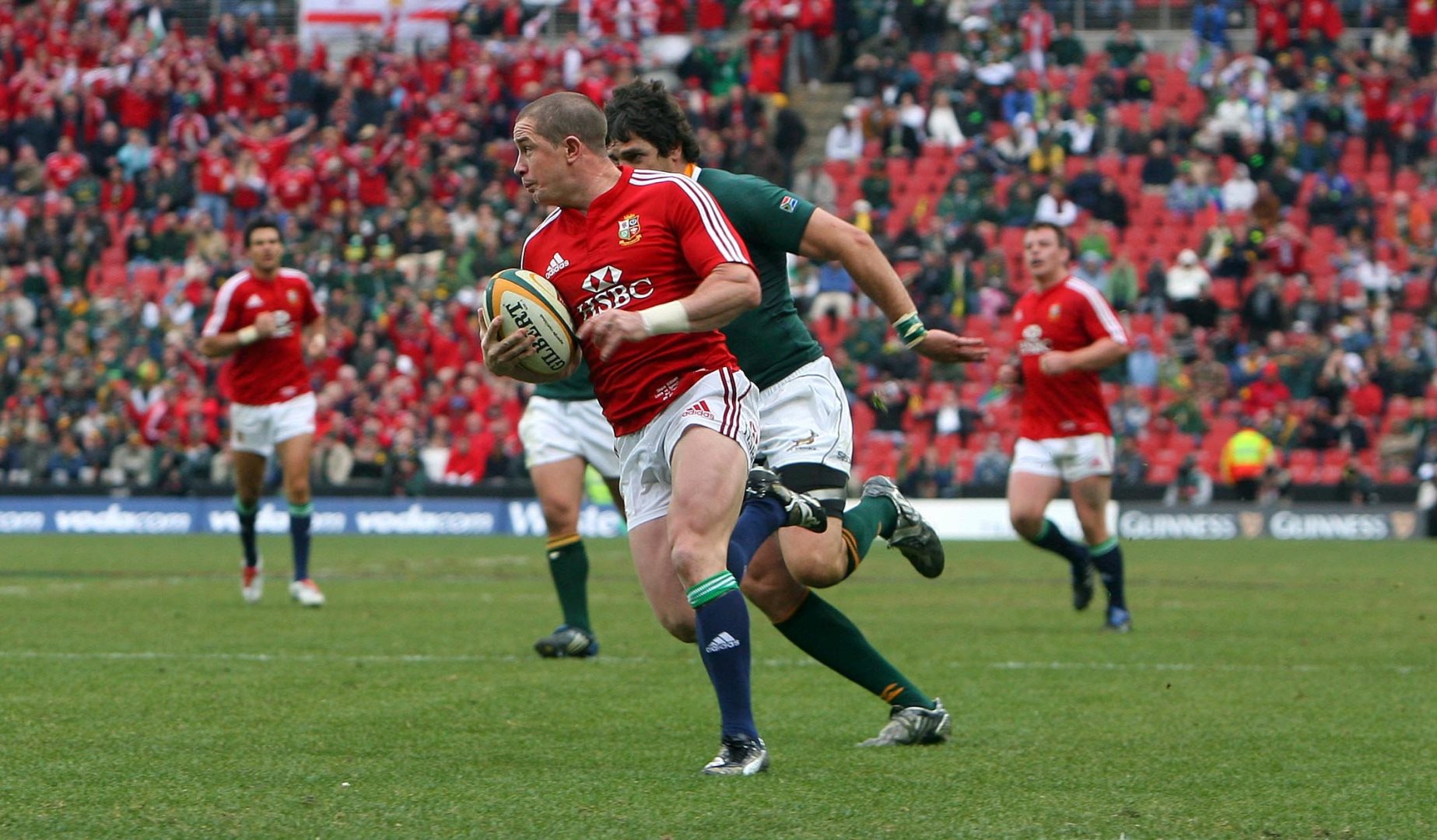 The 2009 British & Irish Lions suffered one of the cruellest series defeats in the long history of the side, but they picked themselves up to produce a brilliant display in the third Test against South Africa.

Undone by Morné Steyn’s last-gasp penalty a week earlier, the Lions responded in style with a 28-9 victory in Johannesburg, equalling their biggest-ever win over the Springboks.

With wing duo Shane Williams and Ugo Monye lethal out wide, and Stephen Jones pulling the strings from ten, they signed off in perfect fashion to set themselves up for a series win in Australia four years later.

Led by legendary Lions coach Sir Ian McGeechan and captained by Paul O’Connell, a squad of 37 set off for South Africa, but by the time of the third Test a number of players were sidelined through injury.

Most notably the centre pairing of Jamie Roberts and Brian O’Driscoll, who had started the first two Tests together, were both absent, meaning that Riki Flutey – who had played against the Lions four years earlier for Wellington – and Tommy Bowe started in midfield.

Andrew Sheridan and Phil Vickery came into the front row for injured Welsh duo Gethin Jenkins and Adam Jones while Joe Worsley and Martyn Williams both came into the back row.

The Lions came into the game off the back of a heartbreaking 28-25 loss in Pretoria which saw the Boks wrap up the series.

The then-world champions had held on for a 26-21 win in the first Test despite a ferocious Lions comeback late on, but it was the tourists who looked set to win the second.

However Jaque Fourie crossed for a try six minutes from time to put the home side in front, only for Stephen Jones to respond with a penalty to level the scores.

But with the last play of the game Steyn had the chance to clinch it for the Boks, and he nailed a long-range penalty to secure victory.

For McGeechan, it was a final Lions Test in charge and he was clearly emotional as he delivered his pre-match speech.

"They've said there's nothing to play for, it's a dead series," he said.

"I think we have everything to play for because today will determine what we are, it will say everything about us.

"We can leave a legacy in this last game in this jersey for the players to pick up in four years' time and for four years we can leave something to make sure that when people think about the Lions they think good, they'll think about you and this performance and they can live with it for four years.

"Some of you may be there to pick up the jersey in four years' time, some of us won't be, please, please give them something to play for and something to understand.

"Good luck. Play for everything we want that jersey to be and everything you have made it so far, all the best boys."

It was a cagey opening at Ellis Park as Stephen Jones and Steyn exchanged early penalties and the Lions found themselves defending for their lives.

But they kept the Springboks at bay, and on 25 minutes they hit the front when Jamie Heaslip broke through and then found Williams to go under the posts.

He was over again before the break after some brilliance from Flutey, who chipped over the top, collected and then flipped the ball to the Welshman for a second try.

Leading 15-6 at the break, the Lions all but wrapped up the winner 15 minutes into the second half when Monye picked off a pass from Wynand Olivier and raced 70 metres for the try.

Steyn responded with his third penalty of the afternoon but two more three-pointers from Stephen Jones ensured the Lions would match their predecessors in 1974 with a 19-point victory.

McGeechan said after the game: "Maybe it is something to do with the Lions jersey. You do things sometimes you have never been asked to do in any other context.

"To come back and play like that – they are an outstanding set of players. It will be my last Lions involvement. I'd like to thank the players, they've been outstanding to a man."

And O’Connell added: "We started talking a lot about the shirt. We talked about guys getting their first Lions cap and guys possibly getting their last.

"The guys are very conscious of the Lions ethos and wanted to do it proud."

Having finished the Tour on a high the Lions returned home with momentum. They carried that with them to Australia four years later under Warren Gatland.

Gatland was the forwards coach in South Africa, and after taking on the top job in Australia he led the Lions to their first series victory in 16 years.

A number of players who featured in South Africa toured once again, including 2009 Player of the Series Roberts and his centre partner O’Driscoll on his fourth Tour.

News South Africa
Previous story LionsWatch: Best pleased to see Ireland end on a high
Next story Lions Scout: It’s all in the family for the Hurricanes