Gavin Hastings: My Lions XV of the Championship

What a great RBS 6 Nations that was! We had some superb games to enjoy - notably those two games in Cardiff with England and Ireland both playing out classics against Wales. [more] 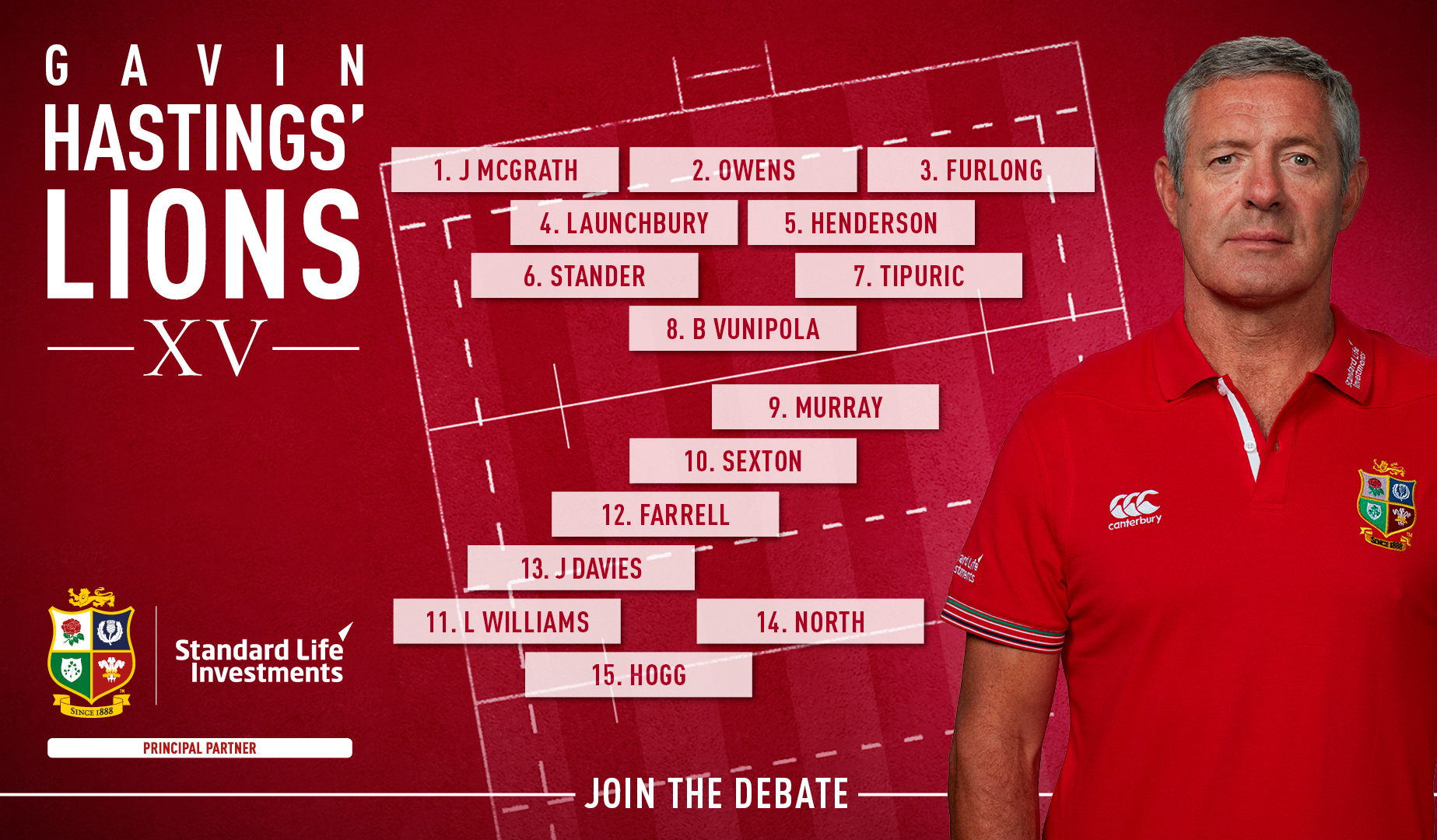 What a great RBS 6 Nations that was! We had some superb games to enjoy – notably those two games in Cardiff with England and Ireland both playing out classics against Wales.

With Scotland looking competitive again as well, it all bodes well for The British & Irish Lions Tour to New Zealand.

It was important for Scotland to bounce back on Saturday after their horror show at Twickenham and, in awful conditions, they got a bonus point and kept Italy scoreless which is no mean feat.

For 70 minutes of the game in Paris, Wales were more than worthy of their lead against France but what happened after that is hard to describe. It was an unfortunate set of circumstances that conspired, but Wales did well defensively and nearly managed to hold on.

Then in Dublin, Ireland saved their best performance of the Championship for the final game.

That victory has opened up a few more Lions selection questions and the added competition for places is great.
You need your best players playing their best rugby if you are going to make history in New Zealand.

Of course there is a lot of rugby to be played between now and the Tour and form and fitness could change, but based on form from the Championship as a whole, this would be my team to go and take on the All Blacks.

He has been an outstanding attacking influence on the Scottish team this season and it is no surprise to me that Scotland’s worst performance against England came when he was not on the field for very long. From an attacking point of view, there is no-one better and if the Lions are going to win in New Zealand, they will have to be positive. You don’t win anything down there by just defending.

Against Ireland he proved what an unbelievable finisher he is. He is a big strong unit who has been there and done it before on a Lions Tour – that experience will make a big difference. He has not played as much rugby as some others as well, so he should be fresh for the Lions.

Jonathan Davies is in here because of his experience. Jonathan Joseph had an amazing game against Scotland, but he was quiet against Ireland. Whereas Jonathan Davies is one of those players whose form rarely dips and that consistency is key.

Consistency is also a real strength of Owen Farrell, he is someone who just always seems to do the right thing. He is a fantastic competitor and a great teammate as well with a real will to win. And if he plays you would think he will be the first choice goal-kicker as well.

I think Liam has been outstanding, he is someone who could also potentially play at full-back and that gives an extra dimension both to his play and who you can select on the bench. But he has been on the left wing this Championship and played some really great rugby.

You need to pick combinations for the Lions when you only have a few weeks together and Sexton has come back in for Ireland and performed very well – he was great on Saturday. He and Conor Murray have beaten the All Blacks recently so they know what it takes and you cannot underestimate how important that sort of belief and desire will be on Tour.

It was a shame Conor missed that last game against England but he has played superbly well again this Championship and he really makes Ireland tick. Rhys Webb has been fantastic for Wales as well and I would think they will be the two Test scrum-halves for the Lions as it currently stands.

The Irish scrum has been very strong in this year’s Championship so the two Irish props deserve their chances. You know that the replacement props will come on so guys like Mako Vunipola and Dan Cole are likely to have an influence but just at the moment the Irish front row edge it and deserve to start as they have played a big role in some tremendous Irish victories.

Ken has been the most consistent hooker from the four home nation. Dylan Hartley seems to come off around the 50-minute mark each week for Jamie George whereas I would prefer my hooker to last a bit longer. Owens’ lineout work has been superb, which might count against Rory Best in the final reckoning, so at the moment I have to give him the starting No 2 jersey.

Of all the locks in the RBS 6 Nations, Joe Launchbury has been the one that has impressed me the most this year. He has played well every week and is a real work horse – he gets through so many tackles and carries for England and that form means he is the man to beat in the second row.

I thought that Henderson was just terrific on Saturday against England. You need someone in the second row who is just a pain in the backside to play against and he was exactly that against England on the weekend. His combination with Launchbury would work quite nicely in what is a hugely competitive second row.

He has been outstanding for Ireland, you need a big strong ball carrier in your back row and Stander certainly provides that, plus with the flexibility to play at No 8 as well he makes himself even more useful to the team.

He had an absolutely terrific game against Ireland in round four for Wales and almost for that game alone he merits inclusion here. He is more of a genuine No 7 than Sam Warburton in my opinion although the latter will certainly be in contention come the Lions Tour.

He is probably the only player in this XV I have picked based on limited game time. He only started one game in this year’s Championship but when he is back to his best we all know what a fantastic player he can be. What’s more, it should help his cause that he will be firing fit and fresh by the time the Tour comes around – fingers crossed.

News
Previous story How social media reacted this weekend
Next story LionsWatch: Back row blend shines in round five