Leigh Halfpenny was The British & Irish Lions man of the series for his performances in Australia in 2013 as the tourists secured an historic series win. [more] 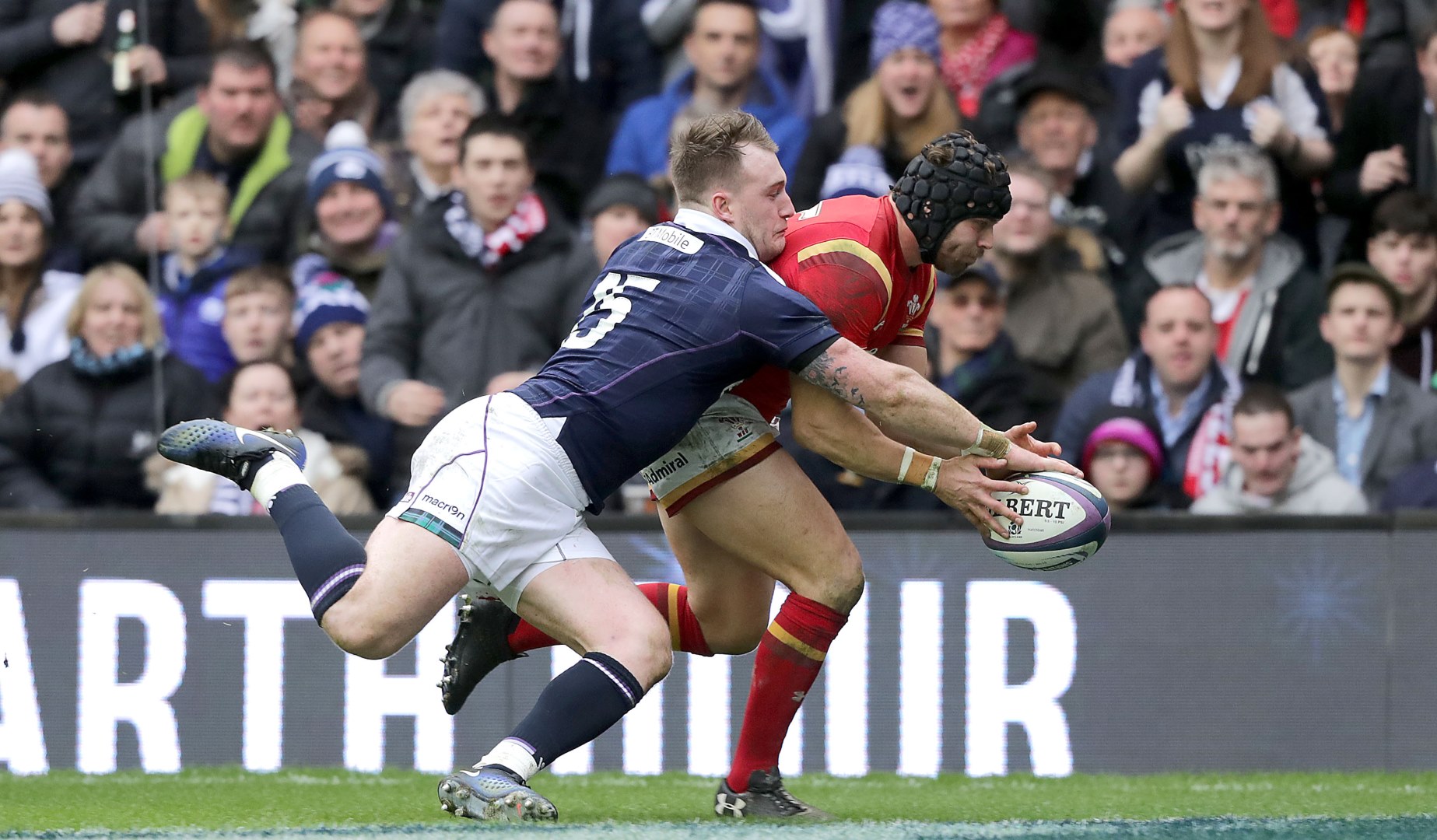 Leigh Halfpenny was The British & Irish Lions man of the series for his performances in Australia in 2013 as the tourists secured an historic series win.

Fast forward four years and the competition for the No.15 jersey to take on the All Blacks is incredibly high.

Warren Gatland will announce his playing squad in less than a month, on April 19 in London, and there are numerous options in the back three for him to choose from.

Who will follow in the footsteps of legends like JPR Williams and Gavin Hastings as the Lions full-back – will it be a new name or can Halfpenny keep hold of his jersey from four years ago?

LionsWatch digs a little deeper into the numbers from the 2017 RBS 6 Nations.

The full-back is the last line of defence for a side, often required to put his body on the line to save his team.

Unsurprisingly, for such a solid performer in defence, it is Halfpenny who catches the eye here across the home nations full-backs.

He made more tackles and at a more successful rate than any of his rivals to prove his worth.

In addition to his defence, Halfpenny’s added string to his bow is his goalkicking, which was once again exemplary in this year’s Championship.

He kicked 62 points for his country with an 88 percent success rate – second only to Owen Farrell from the home nations in terms of total points.

A full-back should also bring others into the game in attack, in particular his wingers and the Lions will look to maximise their attacking threat.

And Halfpenny was very influential in that respect as well, throwing nearly twice as many passes as any of his rivals for the No.15 jersey during the Championship.

Throw in his two turnovers across the five games and Halfpenny presents a solid case for inclusion against the All Blacks.

However, while on the topic of Wales we cannot omit to mention Liam Williams, equally capable at No.15 but who enjoyed a terrific campaign on the left wing.

When Halfpenny was injured last summer, Williams played at full-back against the All Blacks and continued that fine form on the wing this year.

The Scarlets ace finished the campaign with three tries and nine clean breaks – the joint most by any player in the entire Championship to present a compelling case to Gatland.

While Halfpenny is the picture of reliability at the back and Liam Williams is a versatile option, there can be little doubt that Stuart Hogg is the ultimate attacking option for the Lions at No.15.

Player of the Championship in 2016 and nominated again for the award this year, the Glasgow Warrior has been a creative fulcrum for a Scotland side that won three games for the first time in over a decade.

He finished the campaign with three tries – no other player wearing No.15 this year scored one – and also set up three tries for his team-mates – again more than any other full-back.

Of course, with his attacking talent comes an inherent risk, the 2013 tourist made seven handling errors during the tournament which was more than any other full-back.

However, he does possess a siege gun of a right boot, particularly from hand and used it to great effect this year

His kicking from the tee might not be as metronomic as Halfpenny, but he did slot over one long-range penalty for the Scots during the Championship.

And his importance to Scotland on both attack and defence could not have been better epitomised than in their 61-21 defeat to England that saw Hogg forced off at the start of the game with a head injury.

If Halfpenny is the more defensive option at full-back for the Lions and Hogg the more attacking one, then Mike Brown probably presents the compromise between the two.

The Lions can expect to be severely tested under the high ball by an All Blacks side who kick for territory with impunity.

And in Brown, Gatland has the most reliable full-back from the four home nations in that regard.

In attack Brown might not have the out and out speed and try-scoring brilliance of Hogg, but he is a picture of consistency who made more metres than any other player in this year’s RBS 6 Nations.

He also has an unerring ability to the get around the first man – his 15 defenders beaten is second only to France powerhouse Louis Picamoles across all players.

Brown played every minute for the Red Rose as they secured back to back titles and with two turnovers and seven offloads to his name as well, has certainly given Gatland food for thought.

Rob Kearney, a Lion in 2009 and 2013, was the starting full-back for Ireland in their first four games of the Championship and got through a serious amount of work in that time.

A knee injury ruled him out of the decider against England in Dublin but fortunately he is in contention to return for Leinster’s season run-in.

In his four games Kearney made 51 carries, second only to Brown among full-backs despite playing a game less than both Hogg and Halfpenny.

Kearney also made the least handling errors amongst full-backs with only four during the Championship and his experience could prove key for the Lions in New Zealand as he targets a third Tour.

Like Liam Williams, Simon Zebo also merits a mention here for his fine showing on the left wing for Joe Schmidt’s side.

The 2013 tourist made 332 metres with ball in hand, caught 24 high balls and finished the Championship with an impressive 88 percent tackle rate.

Often seen at full-back for his province Munster, Zebo’s versatility is a huge mark in his favour when it comes to potential Lions selection.

And then you cannot finish a full-back feature without mentioning Jared Payne’s heroics in Dublin.

More often used at outside centre, Payne started his first ever RBS 6 Nations game at full-back last Saturday and was a revelation to make a late case for Lions inclusion.

From 16 carries the Ulsterman made 106m and beat four defenders – the same amount that Halfpenny managed across five full games for Wales.

The wealth of options at full-back gives Gatland much to ponder between now and April 19 when he will name his squad.

And with Kearney, Zebo, Hogg and Halfpenny all likely to be involved in the European Rugby Champions Cup quarter-finals at the start of next month – there is still time to further their case.

News
Previous story Gavin Hastings: My Lions XV of the Championship
Next story Your Club Your Lions: Middlesbrough RUFC