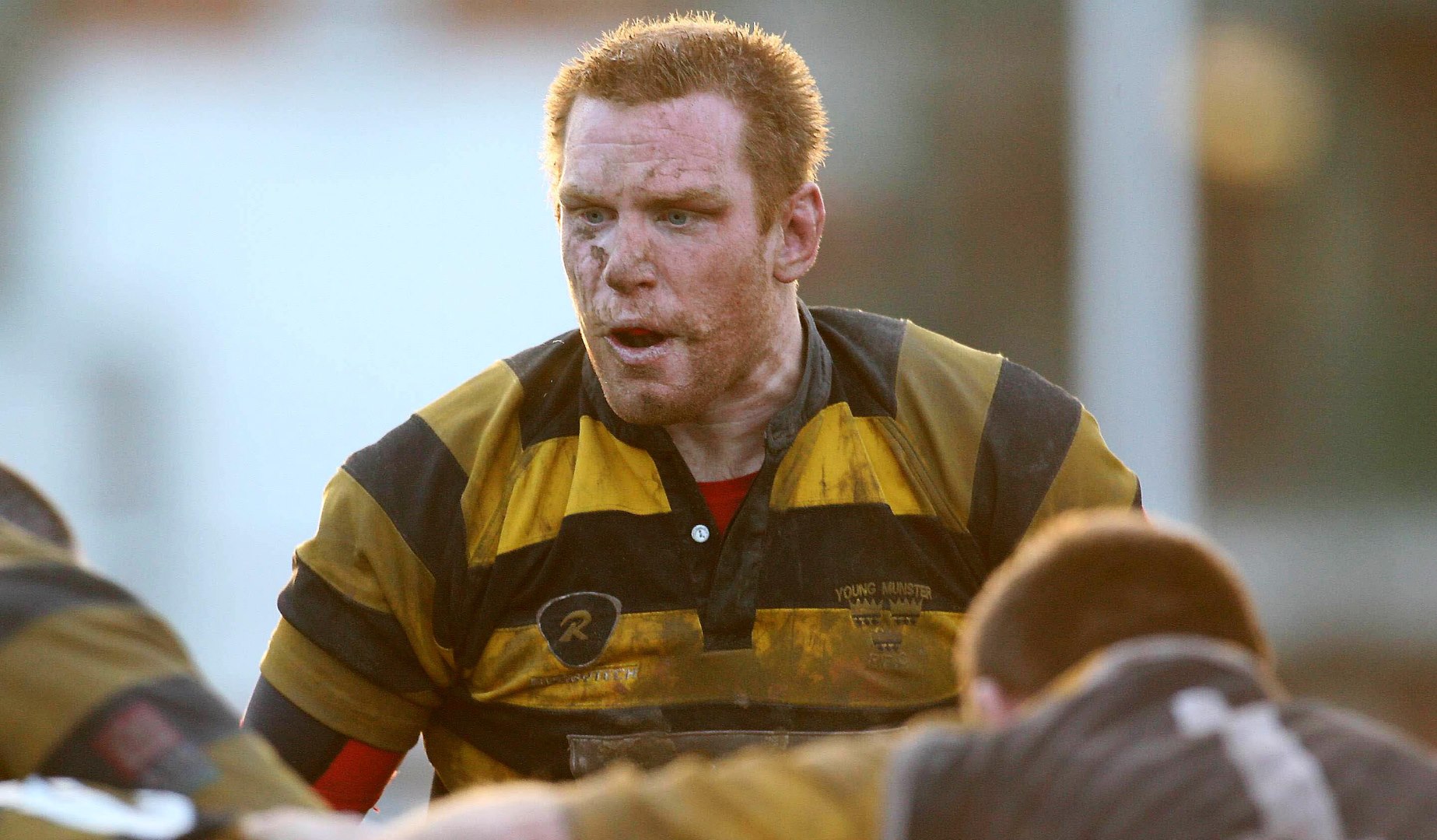 And there is no doubting where he learned that – out on Tom Clifford Park for his first club Young Munster.

Founded in 1895, the blue-collar club have produced four British & Irish Lions in their history but there are two that stand out.

The legendary Irish prop Tom Clifford – after whom their ground is named – toured with the Lions in 1950 and returned a local legend.

Rob Henderson and Keith Earls were both also affiliated with the club as well but O’Connell is Clifford’s heir apparent.

A three-time Lion and Tour captain in South Africa in 2009, O’Connell has always spoken reverentially of his formative years at Young Munster.

Tom Clifford Park, known locally as ‘The Killing Field’  or even more creatively ‘The Garden of Get Somebody’ was a baptism of fire for any young pretender.

It was sink or swim when thrown into the action there – but luckily O’Connell was a champion school swimmer and stood out from the start.

And the towering lock’s early years are remember by Charlie Quaid – former President of both the Munster Branch of the IRFU and Young Munster.

“Paul’s father played for the club. Michael was originally from Cork but played for us for a good ten years when he moved here to Limerick,” said Quaid.

“Paul was in the under-age set-up and worked his way right up to the seniors.

“It was obvious straight away that he was going to be something special.

“He was a tremendous athlete, indeed as a kid he was a very strong swimmer as well, and he stood out from the crowd.

“He won the Munster junior cup and played under-18s and under-20s with the club as well.

“His brothers ended up playing elsewhere, in fact I think all three brothers played at three separate clubs strangely.

“But Paul is a Young Munster man through and through. He is great like that, whenever the club ask him for something even nowadays, especially if it is with the youngsters, he always makes himself available.

“We are very proud of what he has achieved both as a player and as a man.”

Young Munster is built on family, indeed Quaid’s father – also called Charlie – played for the club back in the 1920s and 30s.

Quaid Jr was a back-rower who converted to prop during his time playing for the team in the 1960s and crossed paths with the late, great Clifford.

“Tom Clifford was around at the club back then when I played and he was a fantastic figure,” he added.

“There are still photographs and memorabilia in the club house – he was always smoking a cigar and was a legend at the club.

“Even when the club was not doing very well in the 1950s and 1960s he remained a staunch member. I had a good friendship with him.”

But Quaid’s proudest moments for the club centre around two famous victories in the 1990s after he had hung up his own playing boots.

First in 1990 the club won the Munster Senior Cup and Quaid was fortunate enough, as president of the IRFU Munster branch, to hand the trophy over to his brother Jerry – who was acting club president at the time.

Then in 1993 the travelling support from Limerick went to watch the club win the All Ireland League in front of a record crowd for a club game.

“Traditionally we are a very well supported club in Limerick, the club is built around family and is an extension of the local community,” explained Quaid.

“It gives us a sense of belonging – that is why I have loved being involved with the club for all these years.

“It is for the locals, if you are from there you have an affinity for the club, while also being open to outsiders as well.

“We took huge support to Lansdowne Road for that game in 1993, it was originally supposed to be played at St Mary’s but they had to move it and we came to an arrangement.

“I was lucky enough to be president of the IRFU branch at the time and we won our only All Ireland League crown with a side that had the great Peter Clohessy in it.”

O’Connell is the prodigal son at Young Munster – who are nicknamed the Cookies after their junior section was set up in the early 80s and called the ‘Cookie Munsters’.

But there is no doubting the influence that Clifford had on the surroundings – and it is not just because his name is above the door.

As the club’s acting Public Relations Officer, Glen Blake, recalls – Clifford’s cigars are a Lions Tale of their own.

“The legendary Lion Tony O’Reilly became firm friends with Tom on the 1950 Tour and they both used to smoke cigars,” he said.

“Tony then became the chairman of Heinz in America but whenever he used to fly back on the Heinz private jet he always made sure he had a box of Cuban cigars for Tom.

“Tom always had an ample supply and that was down to Tony.

“I remember playing age group stuff in the late 70s and 80s at Young Munster and I can still remember the sight and smell of Tom leaning on the fence cheering us on, surrounded by cigar smoke.”