Lions Scout: Romano to the fore as Crusaders roll on

After the fifth round of Super Rugby, we continue to keep a close eye on the five New Zealand franchises in the tournament, with the first Test against The British & Irish Lions under three months away. [more] 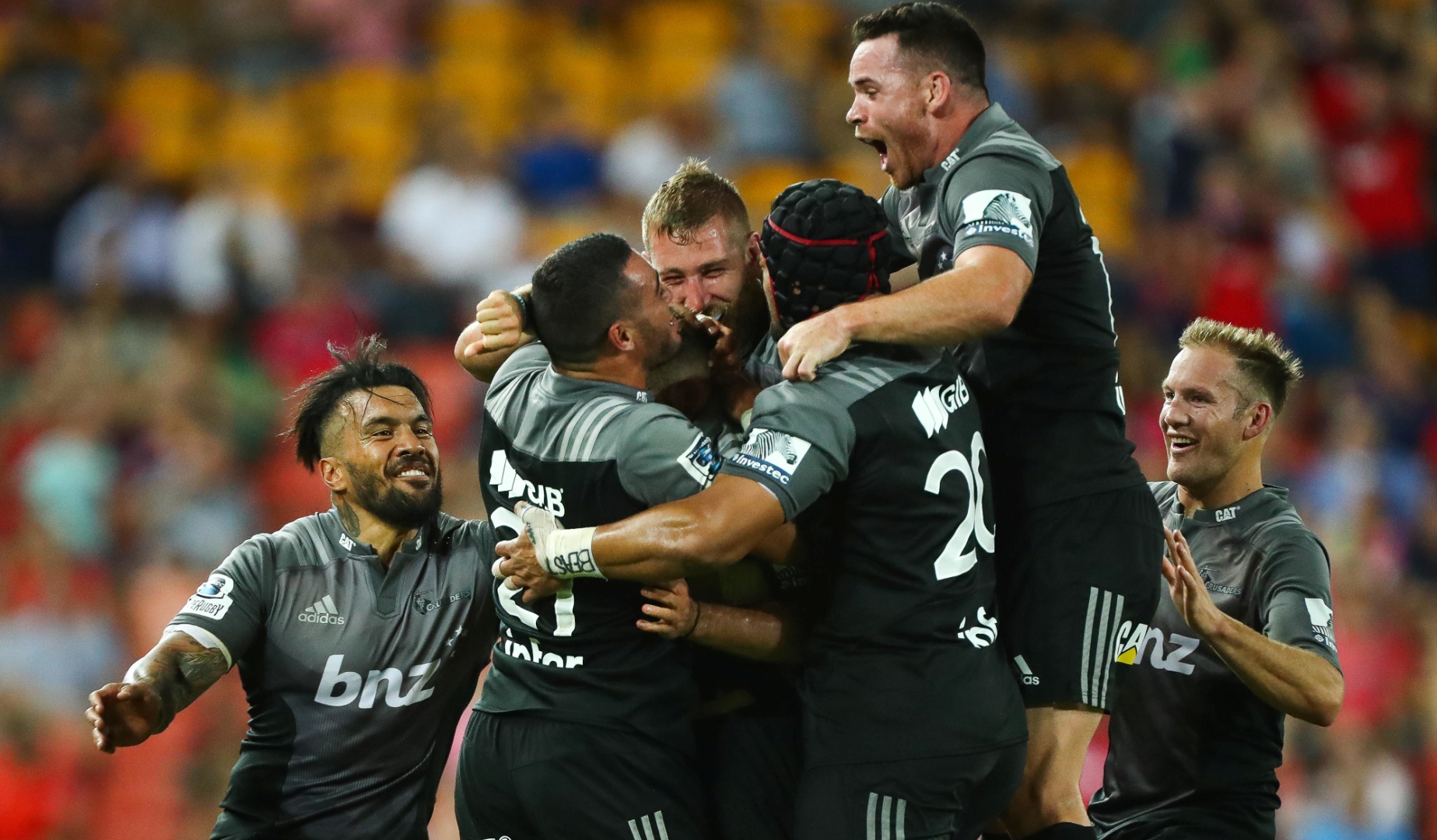 After the fifth round of Super Rugby, we continue to keep a close eye on the five New Zealand franchises in the tournament, with the first Test against The British & Irish Lions under three months away.

Warren Gatland's tourists will take on all five sides during their six-week, ten-match Tour as well as contesting three Tests against the All Blacks.

Both the defending champion Hurricanes and the Chiefs had byes in round five but the other three New Zealand franchises – the Crusaders, Highlanders and Blues – were all in action over the weekend.

Crusaders are seven-time Super Rugby champions and if they continue the form they have shown in the early stages of this season, they could well be lifting the trophy for an eighth time come August.

Former All Black Scott Robertson has taken little time to bed in as coach and the Christchurch-based side’s fifth victory in as many games this term was a 45-17 demolition of the Western Force.

Luke Romano was superb in an all-international second row alongside Sam Whitelock, as the 31-year-old – whose last All Black appearance was against South Africa last September – grabbed a first-half try and dominated around the park in a man-of-the-match display.

The bonus point was wrapped up by the interval as Digby Ioane, Matt Todd and Scott Barrett also dotted down, while 90-cap prop Owen Franks was ferocious in defence.

Persistent rain made for an ugly clash at times but the Crusaders blanked their Australian foes after the break to cruise to a seven-try triumph and move top of the Super Rugby standings.

While the Crusaders were on cruise control, the Highlanders had to dig deep to claw out an 18-13 win over the Brumbies in Canberra.

In a game reminiscent of last year’s Super Rugby quarter-final – where the Highlanders beat the Brumbies 15-9 – the New Zealanders once again showed their guts to eke out a come-from-behind victory.

Lions fans will need to be aware of Aaron Smith this summer, and the scrum-half controlled proceedings for 80 minutes, marshalling his forwards and providing quick, clean ball for his backs.

The 58-cap All Black darted to the open-side, drew the defenders and spun a wide, cut-out pass behind the decoy runners to Richard Buckman, who fed Patelesio Tomkinson for the opening try.

With his team trailing 13-11 late on, Smith delayed the pass before picking out replacement prop Aki Seiuli – who crashed over for the score.

And the 28-year-old then organised the Dunedin-based outfit’s defence to repel the Brumbies’ famed driving maul at the death and avoid a fourth defeat in five games this season.

The first Super Rugby franchise the Lions will face on the 2017 Tour is the Blues and, in winger Matt Duffie, they have a game-breaking threat finally finding his groove in the 15-man code.

A convert from rugby league last year, Duffie has always been strong under the high ball but, according to coach Tana Umaga, he’s now coming out of his shell and really expressing himself.

Our boys lit up QBE Stadium tonight with some electrifying tries! Bring on the Force next weekend #BLUvBUL #BluesAllDay pic.twitter.com/Cg5hmr0Wu4


The winger scored two superbly-taken tries in a much-needed 38–14 victory over the Bulls at QBE Stadium – firstly taking Michael Collins’ clever offload, slipping a tackle and darting over before also collecting Piers Francis’ dinked kick and crossing in the right-hand corner.

Full-back Collins, once of the Scarlets, also impressed when he brilliantly released both Melani Nanai and Augustine Pulu during the build-up to the latter’s first-half score, as the Blues recorded just a second win of the campaign.