LionsWatch: Focus on Inside Centres

The British & Irish Lions have had some of the all-time greats don the famous No 12 jersey over their storied history. [more] 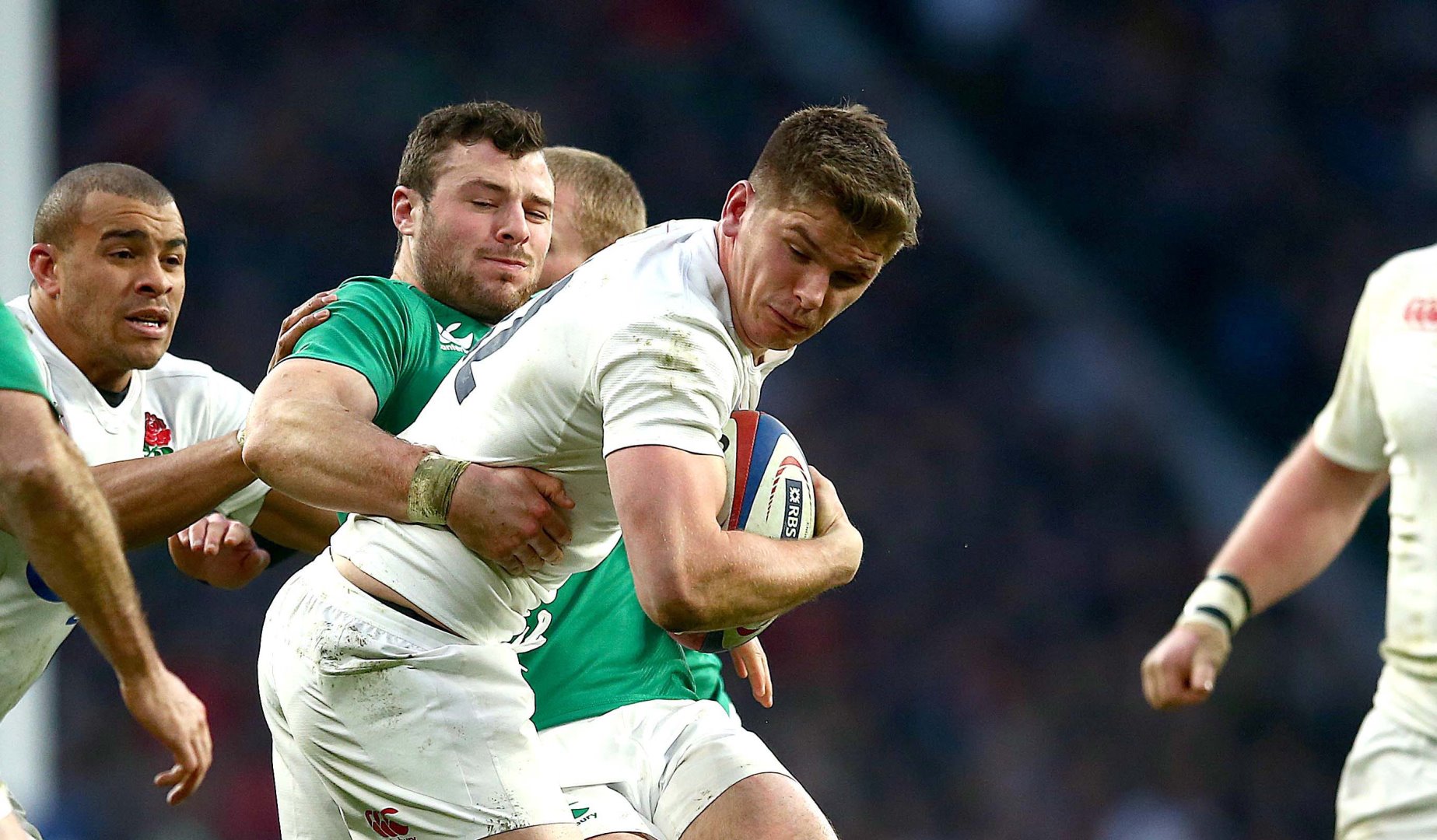 The British & Irish Lions have had some of the all-time greats don the famous No 12 jersey over their storied history.

Inside centres have come in all shapes and sizes, from the languid playmaking brilliance of Mike Gibson in 1971 to the all-action wrecking ball that was Scott Gibbs in 1993 and 1997.

Contrasting skillsets mean a No 12 can function either as a hard-hitting bulldozer or a second fly-half, able to step in at first receiver as when the need arises.

The battle for spots in New Zealand later this year is getting more intense by the second – next weekend’s European quarter-finals is one of the last windows to audition for Warren Gatland’s squad.

The Kiwi Head Coach will name his squad on April 19, but after this year’s RBS 6 Nations he has plenty to ponder at inside centre.

The first name to consider is that of Owen Farrell; the Saracens star who has become a lynchpin for England under Eddie Jones.

Used almost exclusively at fly-half for his club side Saracens, who are looking to defend their European and Premiership double from last season, for his country he has made the No 12 shirt his own.

He combines with George Ford superbly and has been the key cog for England as they have won back-to-back RBS 6 Nations titles and completed a record-equalling 18-Test winning run.

Few of the other contenders for the Lions inside centre spot offer his playmaking ability, indeed Farrell had two try assists in this year’s RBS 6 Nations while also kicking from hand 44 times.

Only Scott Williams managed a try assist of the other home nations centres, while Robbie Henshaw made the next most kicks from hand with only six.

50' PEN ENGLAND. Owen Farrell kicks a penalty to narrow the deficit – he has now scored 600 points for England ? pic.twitter.com/coavCa9u4s


Add in his laser-guided goalkicking, he notched 25 goals in the tournament at an impressive 78% success rate, and it is clear that Farrell’s versatility could prove vital in New Zealand against the All Blacks.

He was Jonathan Sexton’s back-up fly-half in Australia for the 2013 Lions Tour – coming off the bench in the third and final test.

But since then he has expanded his range and it might surprise some to hear that Farrell ran for more metres than any other inside centre in this year’s Championship.

He also made four clean breaks, and while it was his pivotal pass to release Elliot Daly into the left corner in Cardiff that effectively proved to be the Championship’s decisive moment, he is more than confident in his own ability to test defences.

But while Farrell’s all-round ability marks him out as potentially a key tourist later this year, there are other contenders for the role who offer a different skillset.

And it will depend on which Gatland deems the right gameplan to go to New Zealand and try and knock off the world champions.

Ireland made history in the autumn with their first ever victory over the All Blacks in Chicago and it was Henshaw who scored the decisive last try.

Cutting a hard line and barrelling through two tacklers to dot down from short range, Henshaw sent the whole of Ireland into raptures.

And that score epitomised his role for Joe Schmidt’s Ireland, always willing to do the dirty work and fight for the hard yards through the middle.

He was tireless again in this year’s Championship at inside centre, constantly looking for work and carrying nearly twice as much as any other inside centre from the four home nations.

But to characterise him as just a bludgeon is to do him a disservice, the Leinster star came through the ranks at Connacht first as a full-back and then as an outside centre.

Fleet of foot, with a searing outside break when given the chance, his versatility might allow Gatland to pair the Irishman with Farrell in a blockbuster midfield.

Henshaw certainly got the better of his England rival in the final game of the Championship, the hard-hitting centre leading from the front as Ireland ended the Red Rose’s winning run at a rain-soaked Dublin.

Similar to Henshaw in terms of skillset, Scott Williams is another man who caught the eye in this year’s Championship.

It must take quite some player to unseat two-time Lion Jamie Roberts from Wales’ No 12 shirt – and that is exactly what the Scarlets man has done on the international stage.

Roberts was the Lions man of the series in South Africa eight years ago and made a hero’s return from injury in the decisive third Test against Australia in 2013.

And while the Harlequins man continues to have an impact for his country from the bench – his late try against Ireland in round four was proof of that – Williams has taken on the starting role.

And his partnership with Scarlets teammate Jonathan Davies in midfield has impressed in attack.

But it is his defence that really catches the eye – his tackle success rate of 88% is more than any other inside centre from the four home nations.

As an all-round package who can also play at outside centre (he started there in Wales’ win over England at the 2015 Rugby World Cup) Williams is also presenting a strong case for inclusion in New Zealand.

Counting against him are his six handling errors in Wales’ five games this year; none of his other rivals mentioned here made more than one.

Scotland made history in this year’s Championship – they won three games for the first time in over a decade.

And central to that result was inside centre Alex Dunbar whose all-round game has boosted his cause in the Lions pecking order.

On the defensive end, no inside centre made more than his 52 tackles and they came at an 87% success rate.

On top of that he made four jackal turnovers at the breakdown – more than any other back of any nationality in the Championship.

Against England, the Scottish midfield defence was somewhat found out, but the overall numbers paint a different story and Dunbar is clearly an impressive defensive option.

But the Glasgow Warrior is also a threat in attack, indeed he is the only inside centre to actually score a try in this year’s Championship.

Glasgow Warriors head to Allianz Park this weekend for a pivotal European quarter-final, the first in the Scottish club’s history.

Dunbar looks set to face off against Farrell in that clash – although the latter will probably be back at fly-half – and Gatland will be keeping a close eye on proceedings.

Robbie Henshaw and Leinster also take on Wasps and another Lions contender in Elliot Daly, so the battle for the No 12 jersey is not over yet.