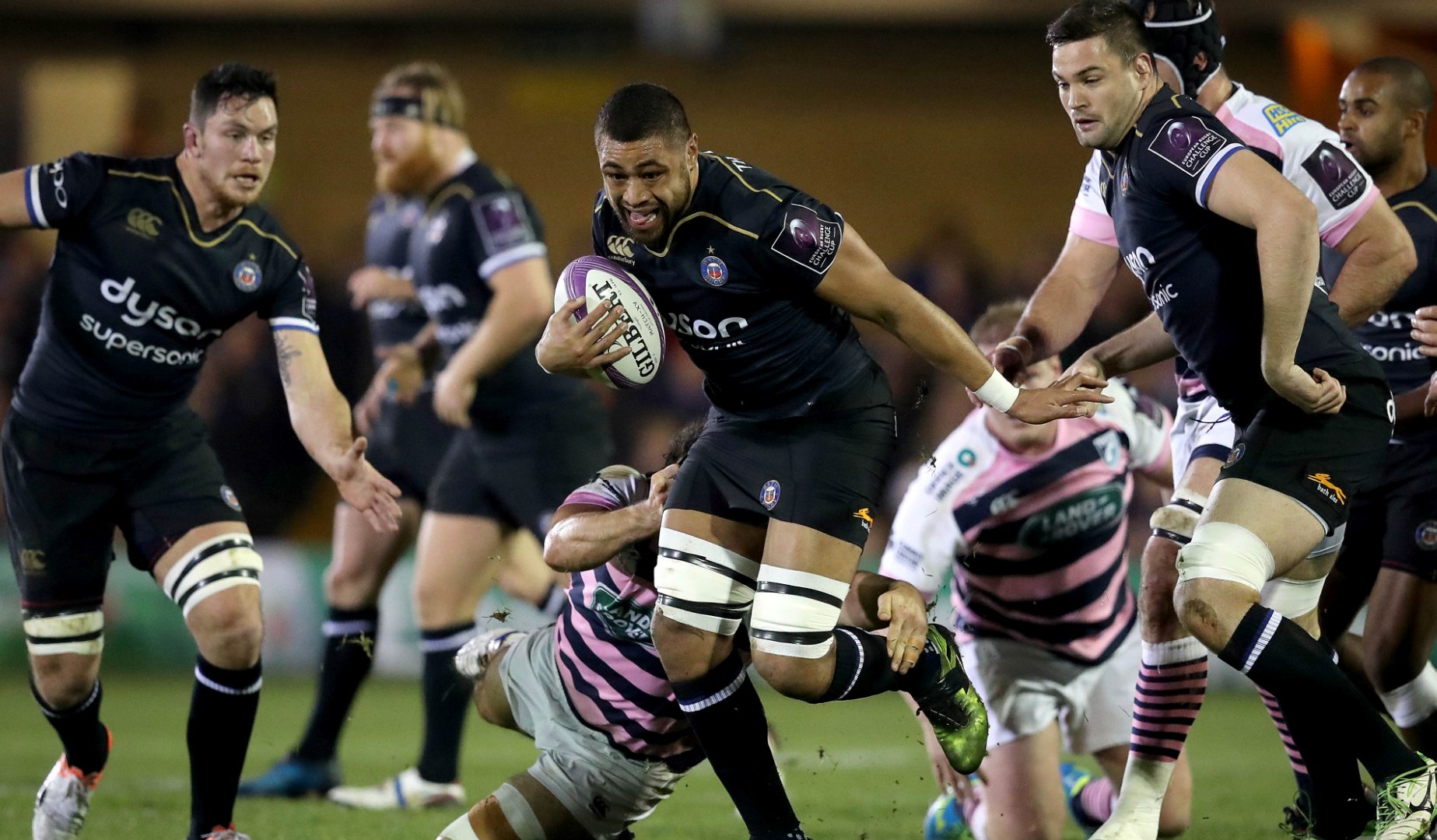 The powerful forward was pivotal throughout as he ran with menace – making 53 metres all game – and tackled hard, as the English side booked their place in the last four.

Gatland – who names his Lions squad on April 19 – will have been impressed by what he saw at the Rec, with fellow Lions contenders Anthony Watson and Semesa Rokoduguni also excelling, on a promising day for the English side.

Faletau, a 2013 British & Irish Lion, was immense at the Rec as Bath overcame the side they beat to claim the European Champions Cup in 1998.

He got the first try of the match after a tense first quarter as quick hands from Rhys Priestland and Kahn Fotuai’i released the Welshman to run in unopposed.

And minutes after the break, Faletau got his second, powering his way over the line as Bath’s intensity was too much for Brive to handle.

Rokoduguni may not have featured for England in the RBS 6 Nations, but he was outstanding throughout – taking both of his tries perfectly.

The winger had already made his mark on the game as he helped set up Homer’s try, charging through the Brive backline and creating havoc before the ball was moved left for Homer to score.

Huge performance from the team at the Rec today ????? pic.twitter.com/49Fz9YYaGF

His first try came followed shortly after as a neat Jonathan Joseph side-step created space for him to stroll in as Bath threatened to run riot.

Brive came back at Bath in the second half, reducing the deficit to just seven points after Faletau’s second try, but Rokoduguni ensured the English side would progress with a stunning late effort.

He picked the ball up in midfield and beat seven defenders on his way to the try line, sending the home crowd crazy.

Rokoduguni was not the only back to play well at the Rec, with Joseph and Anthony Watson also crucial to the result.

Starting at full-back, Watson was dangerous with ball in hand, safe under the high ball and strong in defence – ensuring Bath saw out the match.

That was a bit better .. @ Bath Recreation Ground Trust https://t.co/um9TLEOmpd


The full-back made 131 metres, beat seven defenders and made one clean break – helping Bath’s backline sing all afternoon.

The Aviva Premiership side were breathtaking in the first half of the campaign, playing an attacking brand of rugby which wowed home fans.

But they have struggled since the turn of the year, making Watson’s return vital to their hopes in the final few weeks of the season.