John Ryan scooped the man of the match award but it was a consummate all-round display from Munster that secured them a 12th European Champions Cup semi-final spot. [more] 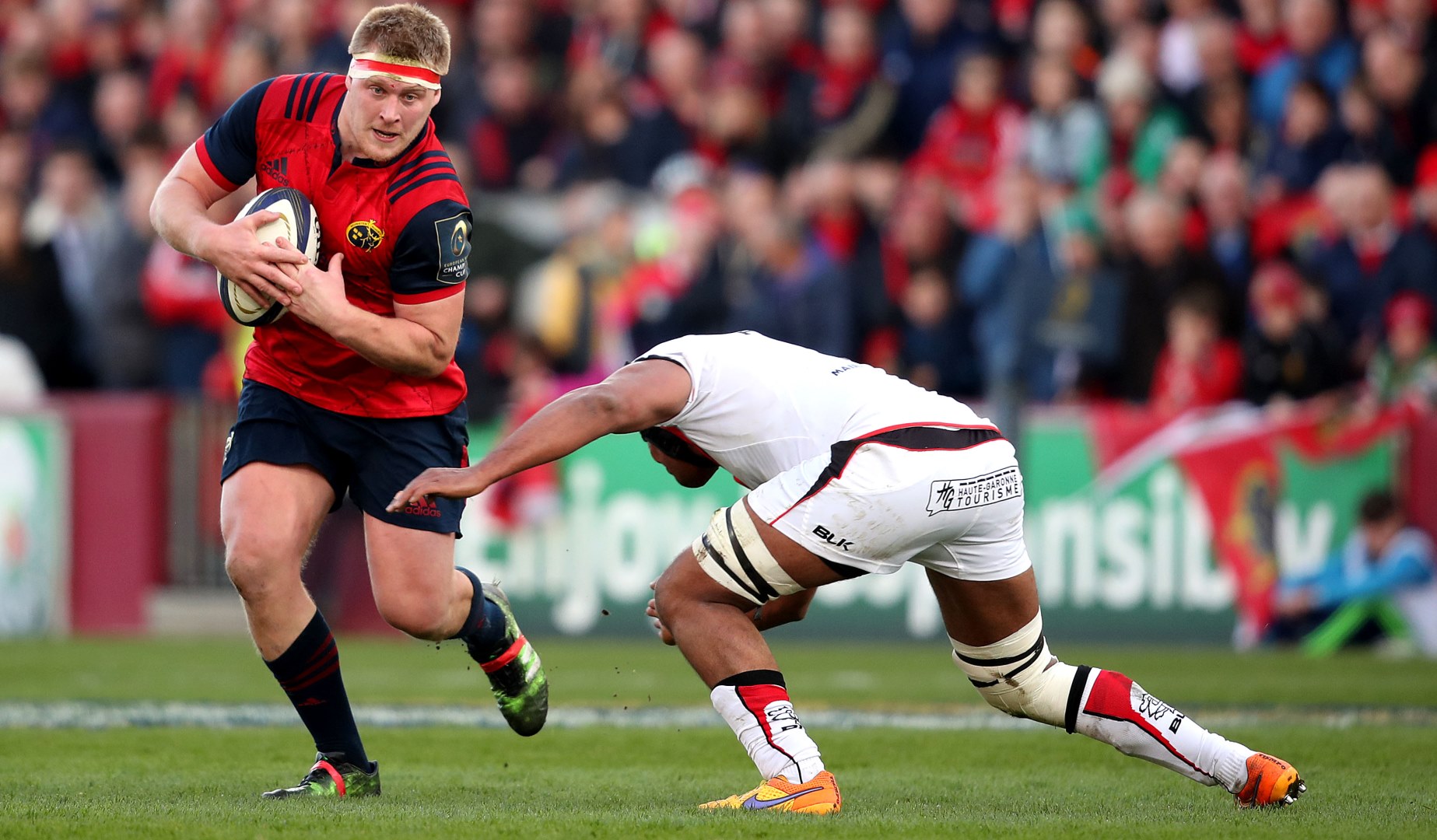 John Ryan scooped the man of the match award but it was a consummate all-round display from Munster that secured them a 12th European Champions Cup semi-final spot.

The Irish province had way too much for Toulouse on Saturday at Thomond Park in securing a 41-16 quarter-final victory.

And with British & Irish Lions Head Coach Warren Gatland naming his squad on April 19, a number of candidates put up their hands as Munster joined Leinster in the final four.

Tighthead props like Dan Cole and Tadgh Furlong might have been garnering most of the column inches when it comes to discussing the Lions No3 jersey.

But Munster’s Ryan – who came off the bench for Ireland during the 2017 RBS 6 Nations, returned to his province and turned a few heads on Saturday.

He scored the first try – inside the first five minutes of the match – barrelling over from short range for a score that set Rassie Erasmus’ side on the path to victory.

In an impressive 78-minute shift he also chipped in with nine tackles around the park while also providing solid set-piece ball throughout.

Peter O’Mahony had to go off injured early into the second half but not before the Ireland flanker had given Gatland another impressive reminder of his talents.

His back-row brilliance was key to Ireland’s win over England in the RBS 6 Nations last month and he was at it again against Toulouse.

His lineout work marks him out as a real X-factor player in contention for the Lions, and against the Top 14 side on Saturday evening he had made three lineout steals before half time.

His back-row teammate CJ Stander – an ever present for Ireland this year so far – also caught the eye with 12 carries, eight tackles and Munster’s second try in a fine victory.

Throw in Tommy O’Donnell’s 15 tackles as well, and Munster’s back-row blend will take some stopping in Europe this year, and that will not have gone unnoticed by Gatland.

He might be best known for his flashes of try-scoring brilliance but Simon Zebo continues to impress with his back to basics approach.

He was rock solid under the high ball all day as Toulouse served up an aerial bombardment.

And the 2013 Lion also impressed with his work with ball in hand, the full-back – more often used on the wing by Ireland, carried 15 times for 97m and beat three defenders in the victory.

There were also tries for Darren Sweetnam and Andrew Conway as the Munster back three caught the eye with their attacking brilliance.

The late withdrawal of Richie Gray before the game was a disappointment for both the Scotland lock and the Toulouse pack.

His mouthwatering Lions match-up with Donnacha Ryan did not materialise therefore but the Munster man certainly made the most of his opportunity.

He ran the lineout superbly for the province, made ten tackles without a single miss and even showed some nice touches with ball in hand, including a delightfully floated long miss pass in the second half, to continue his impressive end to the season.