European Champions Cup holders Saracens are back into the semi-finals after an impressive display saw them make light work of Glasgow Warriors at Allianz Park on Sunday. [more] 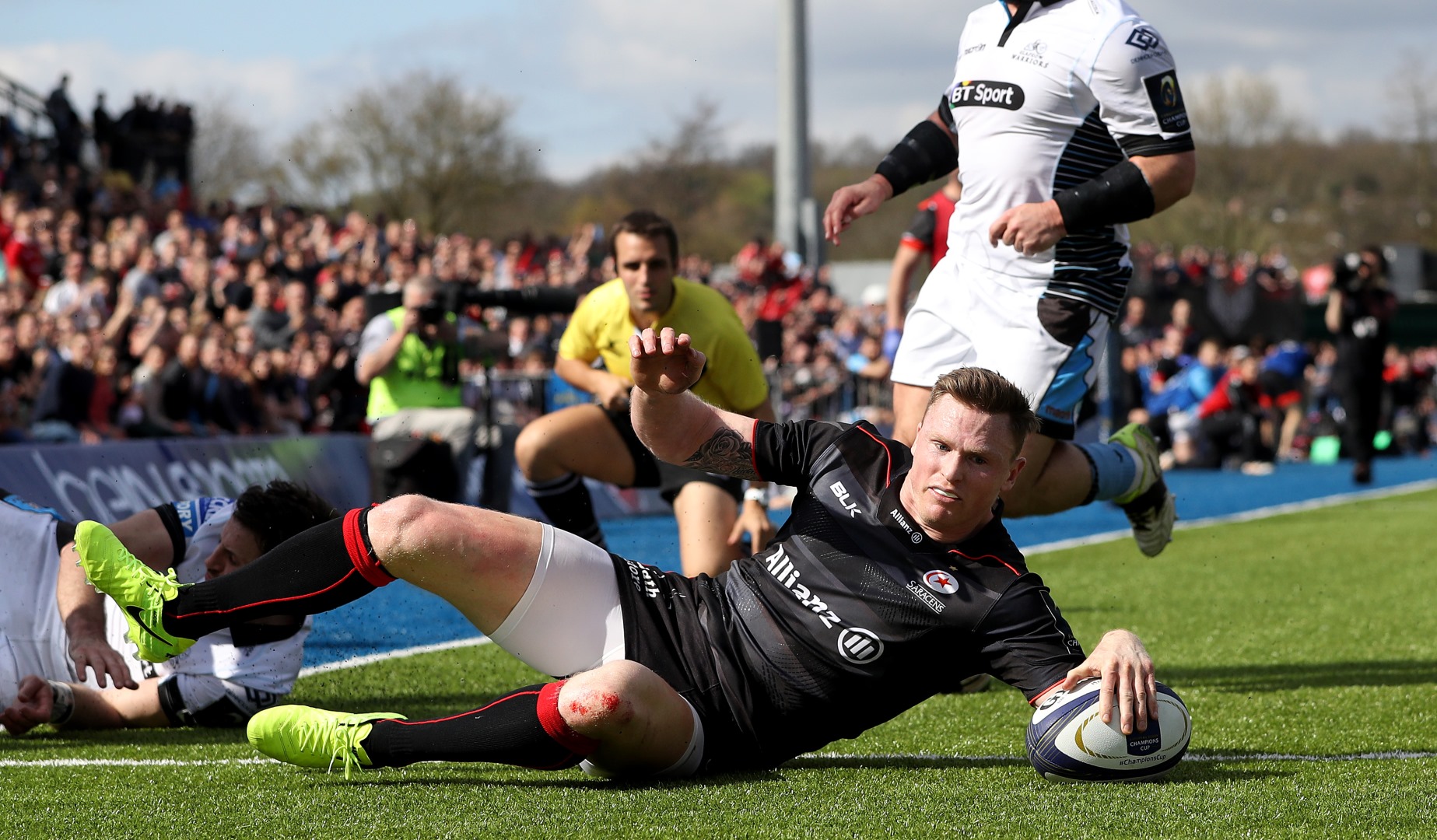 European Champions Cup holders Saracens are back into the semi-finals after an impressive display saw them make light work of Glasgow Warriors at Allianz Park on Sunday.

With British & Irish Lions Head Coach Warren Gatland set to announce his playing squad on April 19, this quarter-final weekend had been earmarked as one of the final windows to audition for spots on the plane.

And there were a number of intriguing match-ups and players putting their hands up as Sarries cruised past their Scottish opponents.

Owen Farrell has not lost a game of rugby for his club side Saracens since January 2016 and he called the tune for the defending champions on Sunday.

Back in the No10 jersey after his time at inside centre for England, Farrell’s passing was a joy to behold as he continually released his teammates around him.

The 2013 Test Lion’s goal-kicking was not as flawless as usual, but he still finished with a personal haul of 18 points to stretch his lead at the top of this season’s Champions Cup points scorers standings.

His match-up with Finn Russell – the Scotland fly-half – was intriguing throughout but there was no doubting the winner as Farrell went home with the man of the match champagne.

Overall he made 54m with ball in hand from 15 carries and made three offloads in a superb display of playmaking for the champions.

CHRIS IS A RECORD BREAKER

It was a busy day for Chris Ashton on the right wing who is making a compelling late case for inclusion for the Lions in New Zealand.

In his final season at the club, Ashton crossed for two tries to equal Vincent Clerc on 36 for his career in Europe at the top of the overall charts.

It could even have been more for Ashton who was twice denied tries by the TMO as cover defence narrowly forced him into touch.

The England winger made 10 carries in total for 55m, beat four defenders for two clean breaks and threw in two offloads on a special day.

His teammates in the back three Alex Goode and Sean Maitland were equally impressive – Goode finishing with 85m and four defenders beaten while the other two tries on the day went to Marcelo Bosch and skipper Brad Barritt.

Saracens have made the quarter-finals of this competition for the sixth season in a row, and that sort of consistency is founded on a strong defence.

And it was evident again on Sunday, as two England internationals – and Lions hopefuls – in Mako Vunipola and Maro Itoje led from the front.


2013 Lions prop Vunipola finished with a whopping 16 tackles, more than any other player on the pitch, while Itoje was not far behind on 13.

Itoje’s match-up with Jonny Gray in the second row never really materialised as the latter was forced off early on with a head injury and never returned.

A word too for No8 Billy Vunipola who beat eight defenders and managed four offloads from his 16 carries to continue his return to form and fitness at just the right time.

This was Glasgow Warriors first European quarter-final in club history and in the end they found the step-up against Saracens just too much to handle.

But there were still moments to cherish both from a Glasgow and a Lions perspective in an entertaining encounter.

Russell’s perfect cross-field chip landed right in the hands of Lee Jones and the Scotland winger burst clear for a fine try early in the second half.

And flanker Ryan Wilson gave Gatland a timely reminder with a try on the last play of the game to round out a performance that also included eight carries and six tackles.

Stuart Hogg did not get to showcase his attacking brilliance as much as he would have liked but he did produce a fine try-saving tackle on Maitland in the first half and was solid under the high ball.

Fraser Brown was another to catch the eye – although both he and Jamie George would have to admit that the hooker with the most impact was Sarries second-half replacement Schalk Brits.