Any win in a British & Irish Lions jersey is special, but to claim victory with a last gasp drop-goal to take an unassailable 2-0 lead in South Africa is that bit sweeter. [more] 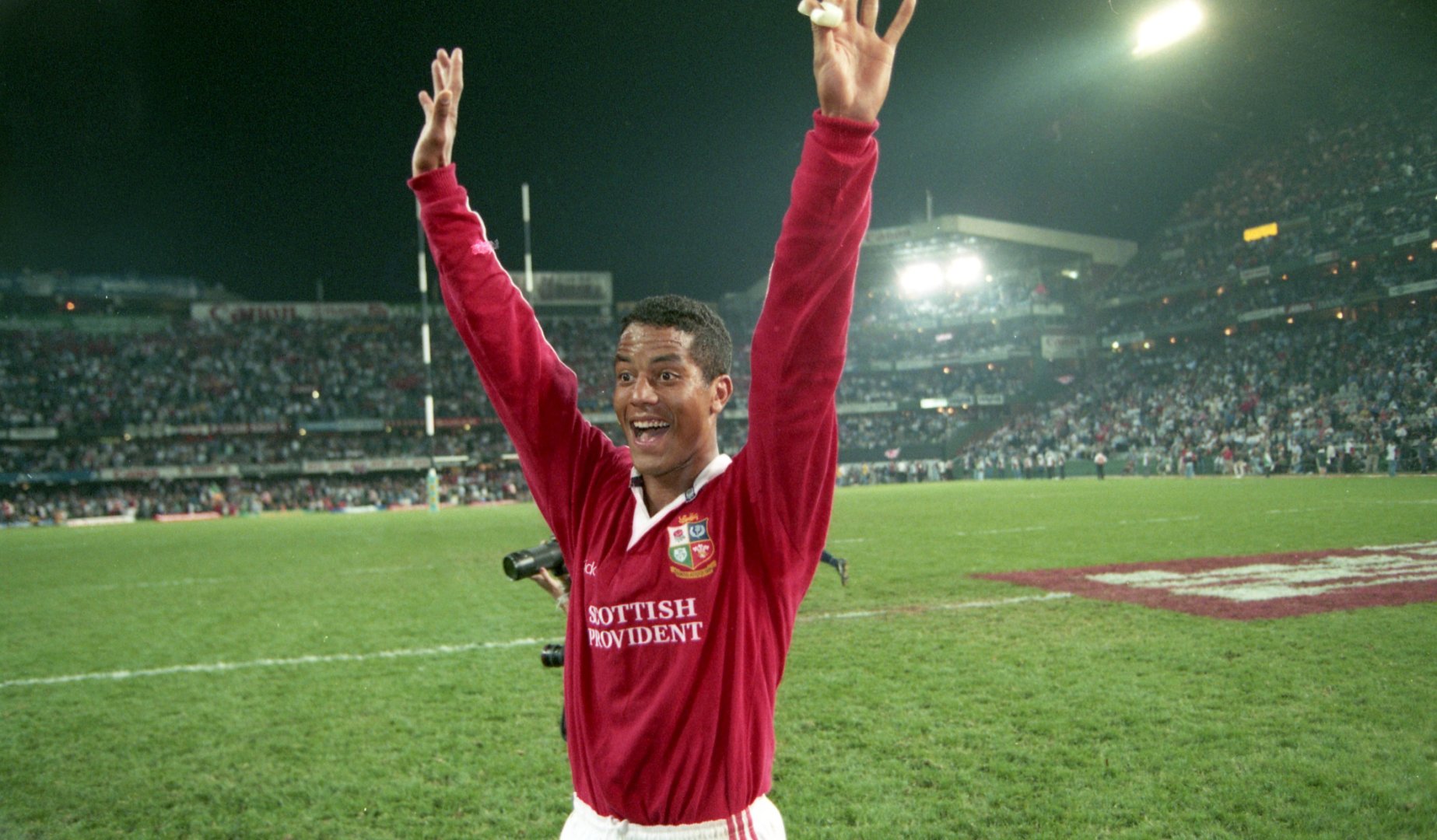 Any win in a British & Irish Lions jersey is special, but to claim victory with a last gasp drop-goal to take an unassailable 2-0 lead in South Africa is that bit sweeter.

A week previously, the Lions had prevailed in the first Test 25-16 thanks to that incredible Matt Dawson dummy and Alan Tait’s crucial try.

Welsh legend Neil Jenkins knocked over five penalties in Cape Town and was set to repeat that feat in Durban in the second Test.

Jenkins started at full-back for the Lions with John Bentley coming in for Ieuan Evans on the wing while try-scorer from the first Test Tait remained on the opposite wing.

Martin Johnson led the side from the second row with Jeremy Davidson alongside him as they packed down behind a front row of Tom Smith, Keith Wood and Paul Wallace.

Lawrence Dallaglio, Richard Hill and Tim Rodber completed the XV selected by McGeechan as the Lions went in search of a first Test series win in South Africa since 1974.

The Lions started the Tour in great form winning their first four matches in South Africa, including a 38-21 success over Western Province in match three.

A five-point defeat to Northern Transvaal failed to halt their momentum as three more wins, including a 51-22 victory over the Emerging Springboks was perfect preparation for the First Test.

And their form was on full display as Dawson and Tait got the crucial tries, backed up by the ever-reliable boot of Jenkins who knocked over five penalties from the tee.

The Lions arrived in Durban expecting a reaction from the Springboks and they didn’t disappoint as they raced out of the blocks at King’s Park on June 28.

Despite the South African onslaught, Jenkins kicked the Lions into a 6-0 lead before Joost van der Westhuizen went over for the first of three South African tries.

"You could tell that they meant business from the moment they rampaged down the stand in Durban and the crowd were baying for our blood," said Dawson.

"From the kick off, the South Africans just ran at us, bouncing people off, it was just this wave after wave of South African attack.”

Percy Montgomery’s try had the Springboks ahead 10-6 only for Jenkins to reduce the deficit by three as the hosts paid for missing two conversions.

Andre Joubert added a third South African try but two more kicks from Jenkins meant it was 15-15 heading into the final moments.

And far from worrying about the pressure, Jenkins continued to thread the ball between the posts like it was a Sunday afternoon in the park.

"The pressure mounted with each kick but every time I took my mind away from Durban and imagined myself back on the training field in Church Village," he explained.

"Same routine and, thankfully, same result. People always ask about pressure kicks, but that is what goal-kickers live for. You don't hope the chance never comes, you pray it does.

"The fifth and final penalty was probably the most important of my career, but I approached it as any other and managed to keep the pressure at bay."

And the Lions’ match-winner came in the form of Guscott who dropped into the pocket and knocked over the vital drop-goal which would seal a historic victory for the British & Irish Lions.

Remarkably, forward coach Jim Telfer doesn’t remember a sparkling Lions performance in the second Test but was full of praise for the character the squad showed.

"I actually thought that a lot of our players froze in that second Test and we didn't play well at all. We just hung on in there," he explained.

"Neil – to give him his due – just kept slotting the goals. We must have been in positions to kick goals because he is not the longest kicker in the world but he is so accurate."

But for Sir Ian McGeechan, who was a Lions coach for the third time in 1997, and would be part of the 2005 and 2009 Tours savours his victory in South Africa among his very best.

"Of all my rugby moments, the sound of that final whistle in Durban in 1997 was probably the sweetest," he said.