A moment of brilliance from Christian Wade as well as scores for George North and Elliot Daly showed there's still plenty of competition for places on the Tour to New Zealand. [more] 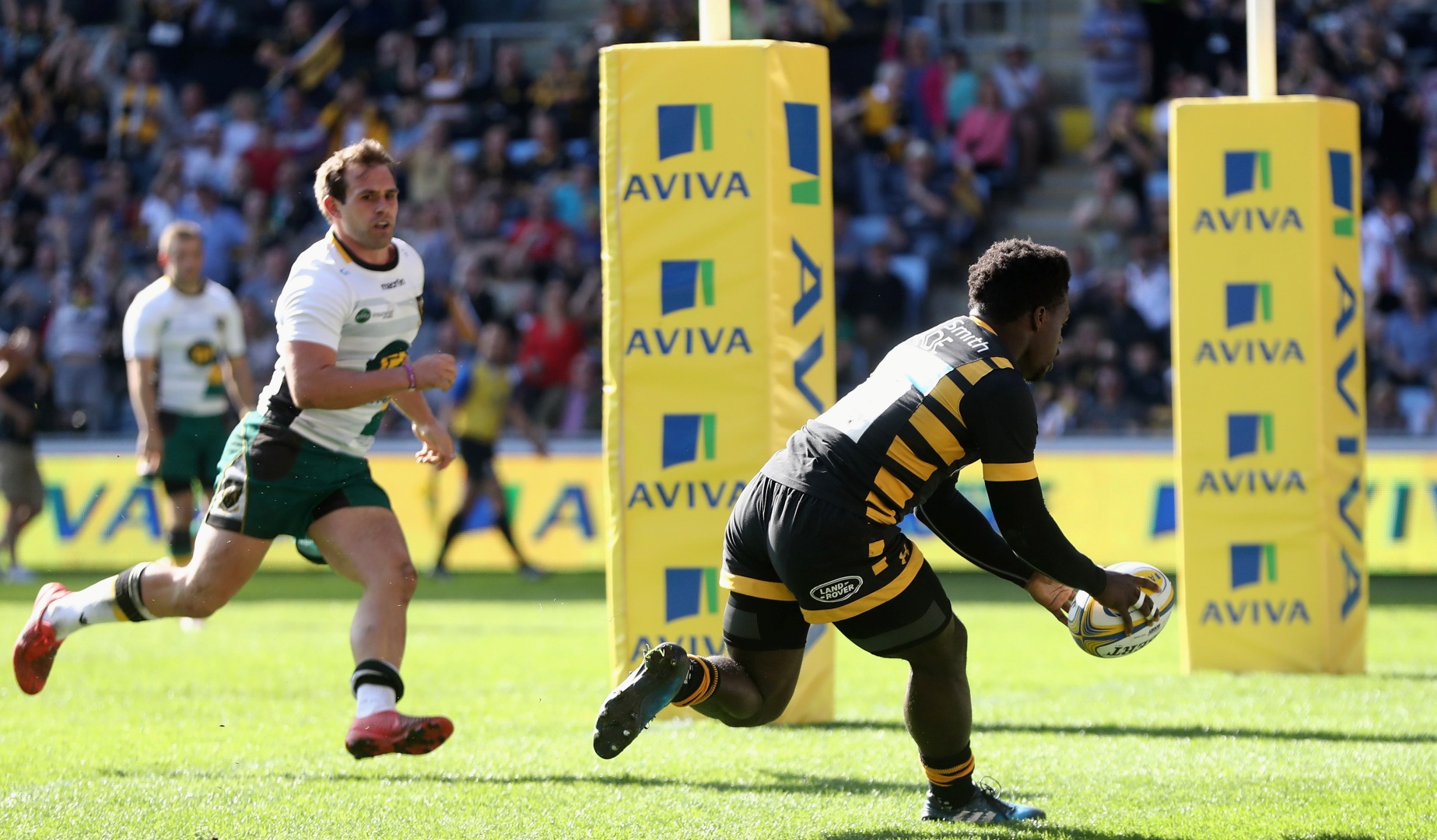 A moment of brilliance from Christian Wade as well as scores for George North and Elliot Daly showed there’s still plenty of competition for places on the Tour to New Zealand.

The hard ground and fine weather was put to very good use at the Ricoh Arena as the backs shone in Wasps 32-30 win over Northampton Saints.

But it was forward Matt Mullan who got the all-important last minute score for Aviva Premiership leaders however with Jimmy Gopperth slotting the vital conversion.

The win keeps Wasps top of the table and stretches their unbeaten league record at home to 17 matches.

Chances to impress Lions head coach Warren Gatland are becoming few and far between with the squad set to be announced on April 19.

But that didn’t stop a number of internationals putting down a marker in Coventry whilst England head coach Eddie Jones watched on from the stands.

With Wasps trailing at half-time, they needed something special and Wade, a Lion in 2013, stepped up with a delightful chip and chase over the Saints defence.

44 mins: TRY WASPS! CHRISTIAN WADE YOU BEAUTY! Ball recycled, goes out to the right, chips, chases, collects and he's under the posts! 18-18

Seemingly running down a dead-end, Wade sent the ball over Jamie Gibson and George North before collecting the ball and dotting down almost unopposed.

It followed up a first-half score from England winger Daly, playing at outside centre for his club, who cut a magnificent line to cross for Wasps’ first score of the afternoon.

2013 Lion George North was not to be out-done however and was once again in the right place at the right time for Northampton Saints.

North finished well at the end of the first half for his 22nd Aviva Premiership Rugby try on his 44th appearance for the English club.

The Saints scored five tries in total but it wasn’t enough as prop Mullan found a way over the line for Wasps’ bonus point score which also sealed the victory in a thrilling finish.