Keith Earls put in a man of the match performance for Munster to remind Lions head coach Warren Gatland of his capabilities ahead of the squad announcement on Wednesday.  [more] 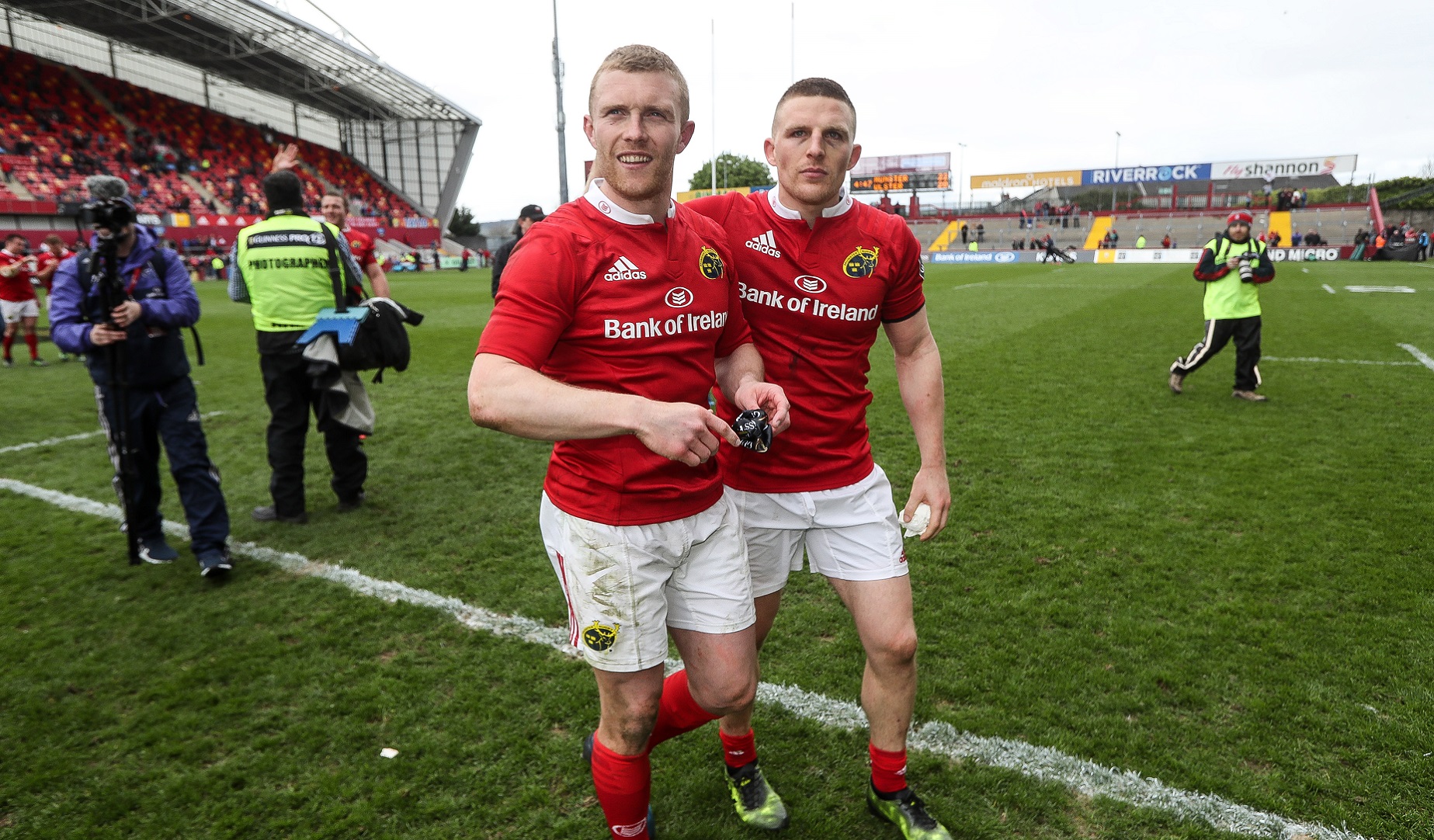 Keith Earls put in a man of the match performance for Munster to remind Lions head coach Warren Gatland of his capabilities ahead of the squad announcement on Wednesday.

Earls was with the Lions in South Africa in 2009, where he scored two tries in five appearances, and completed a fine move for Munster in the second-half in their 22-20 victory over Ulster.

The 29-year-old Irish international scored tries against Canada and Australia last autumn and followed that form up in the recent RBS 6 Nations with a score against Scotland and a pair in Rome.

Angus Lloyd and Dave O'Callaghan also crossed the whitewash in the win which guarantees Munster's involvement in the PRO12 semi-finals at the end of the year.

Ireland backrower Peter O'Mahony made the initial burst to set up Lloyd's score while O'Callaghan, on as a replacement for Donnacha Ryan, forced his way over from close range in the final moments.

The win maintains Munster's impressive recent run as they prepare to face reigning champions Saracens in the European Champions' Cup semi-final next weekend.

Ireland captain Rory Best scored the opening try of the game in just the third minute as the Ulster pack produced a driving maul which Munster were just unable to halt.

Ulster's Paddy Jackson knocked over ten points as he converted two tries, from Best and Luke Marshall, as well as two penalties to re-emphasis his current form with the boot.

Lions head coach Warren Gatland will announce his squad to travel to New Zealand this summer on Wednesday which will be broadcast live on the Lions Facebook page and on Youtube.