A total of 16 of the 41 players named in The British & Irish squad to tour New Zealand this summer will be in action in European competition this weekend. [more] 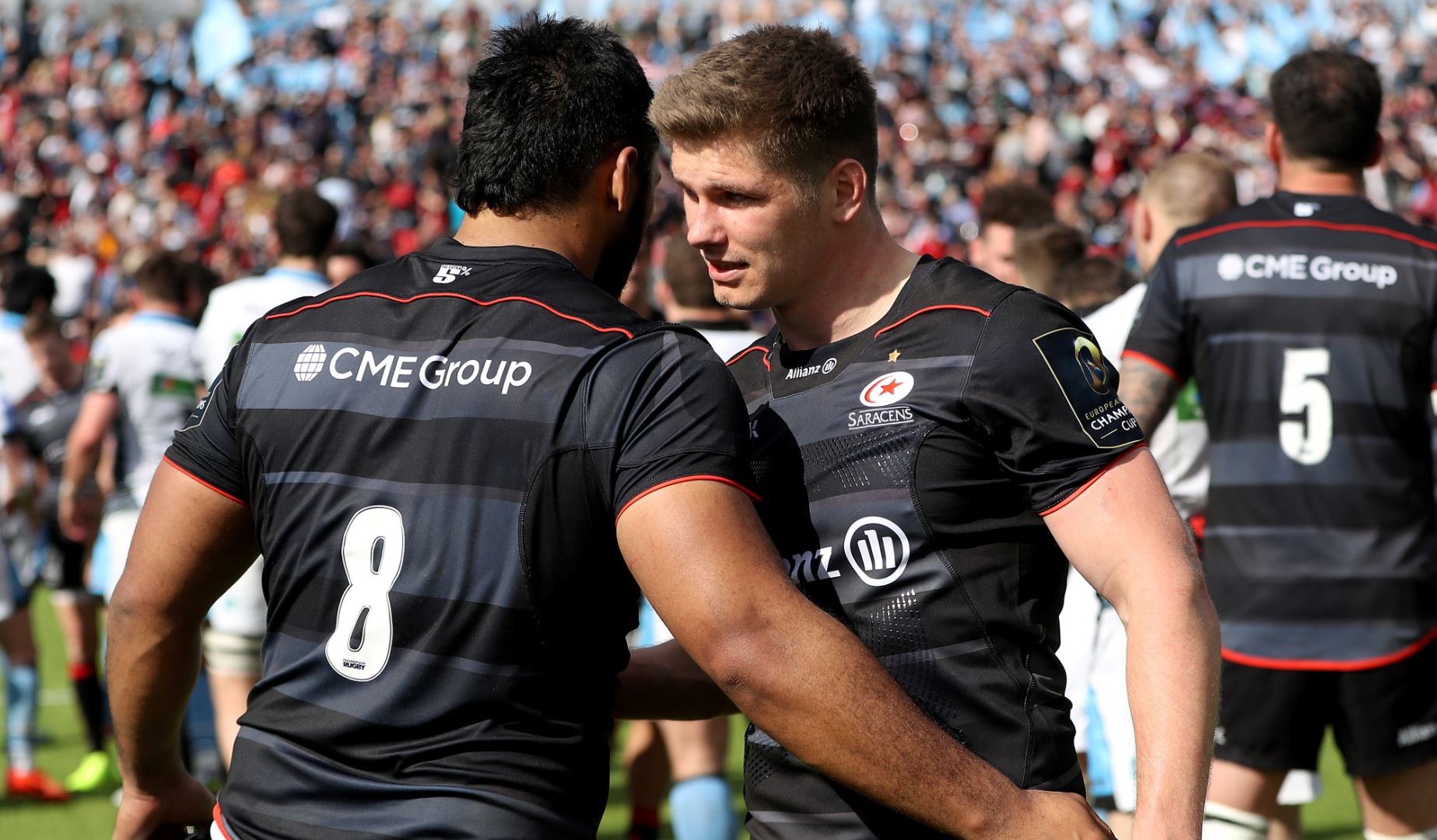 A total of 16 of the 41 players named in The British & Irish squad to tour New Zealand this summer will be in action in European competition this weekend.

Head Coach Warren Gatland will be keeping a very close eye on the eight Lions in action on Saturday at the Aviva Stadium when Munster host Saracens in a Champions Cup semi-final.

The following day, in the other Champions Cup last-four encounter, Leinster will be hoping their four Lions can inspire them to victory over Clermont Auvergne in Lyon.

And there are a further four Lions in action in the Challenge Cup, a trio for Bath on their trip to Paris to take on Stade Français, as well as Ross Moriarty, who will be with Gloucester in La Rochelle.

LionsWatch has taken a closer look at the players in action:

Saracens packed full of Lions to take down Munster

Winning away semi-finals in Europe is not easy but Saracens are unbeaten in their last 16 matches in Europe.

Their last loss came in a semi-final on the road, away to Clermont in France, but they will be hoping that five Lions in their pack will be enough to see off Munster.

Sarries provided more players than any other team to Wednesday’s announcement, with brothers Mako and Billy Vunipola joined in the pack by Maro Itoje, George Kruis and Jamie George.

Add in Owen Farrell, and a sextet of Sarries could play a big role in New Zealand this summer. Mark McCall will be hoping they travel there as back-to-back European champions, and has named all six to start this weekend.

George, Farrell and Itoje have started every game of the tournament this season, while Mako Vunipola has played in five games, and Billy Vunipola and Kruis three apiece.

If they are to be successful and reach the Edinburgh final, they will need to become only the second team to beat Munster in 2017.

Rassie Erasmus can call on a pair of Lions in his back row, flanker Peter O’Mahony starts in the No 6 jersey, while CJ Stander is fit to take his place at No 8.

They have history on their side, after all, the last time Munster reached the Champions Cup final was in 2008, their opponents in the semi-final that year, none other than Saracens.

Leinster on a French mission

Aside from Saracens, no team had a bigger Lions representation than Leinster, who had five players in the squad named on Wednesday.

This Sunday, a quartet will start as Leinster look to match their exploits of five years ago when they beat Clermont Auvergne in France at the semi-final stage.

That time they reached the final thanks to a narrow win in Bordeaux, this Sunday they head to Lyon looking to do the same.

Pulling the strings with the 10/12 combination will be Johnny Sexton and Robbie Henshaw, both named on Wednesday, while they will also be able to call on a pair of Lions props in Jack McGrath and Tadhg Furlong.

Even without Sean O’Brien, their fifth Lion named on Wednesday, Leo Cullen’s team will be optimistic of extending a run of eight straight wins since the start of February.

Bath trio off to Paris

Like Leinster, Bath face the prospect of a semi-final in France, as they travel to the capital to take on Stade Français.

Revitalised since their possible merger with city rivals Racing 92 was called off, Stade come into the game in form, but Bath have a trio of Lions up their sleeves.

England duo Anthony Watson, who starts at full-back, and Jonathan Joseph, both get the nod in the back-line, while Taulupe Faletau starts at No 8.

It should be an intriguing match-up, particularly for Faletau, who has been in flying form recently and will be looking to win his individual head-to-head with Italy legend Sergio Parisse.

Bath have already seen off French opposition in the last eight, beating Brive with two tries from Faletau, and they will be hoping for more of the same to secure their place in Edinburgh.

Moriarty and Gloucester out for revenge

La Rochelle and Gloucester will meet for the third time this season on Saturday with the Cherry & Whites hoping for a better outcome on their return to the Stade Marcel Deflandre.

On their previous visit this term they were beaten 42-13, a week after a convincing win of their own, 35-14, at Kingsholm.

Ross Moriarty, who was included in the Lions squad on Wednesday, featured in the first game but not the second, and Gloucester will be hoping his inclusion on the flank can again swing the game their way.

The 22-year-old enjoyed a fine RBS 6 Nations to force his way into Lions contention and faces an intriguing match-up against a back row that features France stand-out Kevin Gourdon and converted Fijian centre Levani Botia.

Victory for Moriarty and Gloucester could set them up for a West Country derby in the final in Edinburgh, depending on whether Bath can match them in Paris.