The British & Irish Lions squad announcement was a particularly memorable occasion for one young Lions fan as he got to meet Captain Sam Warburton and Head Coach Warren Gatland. [more] 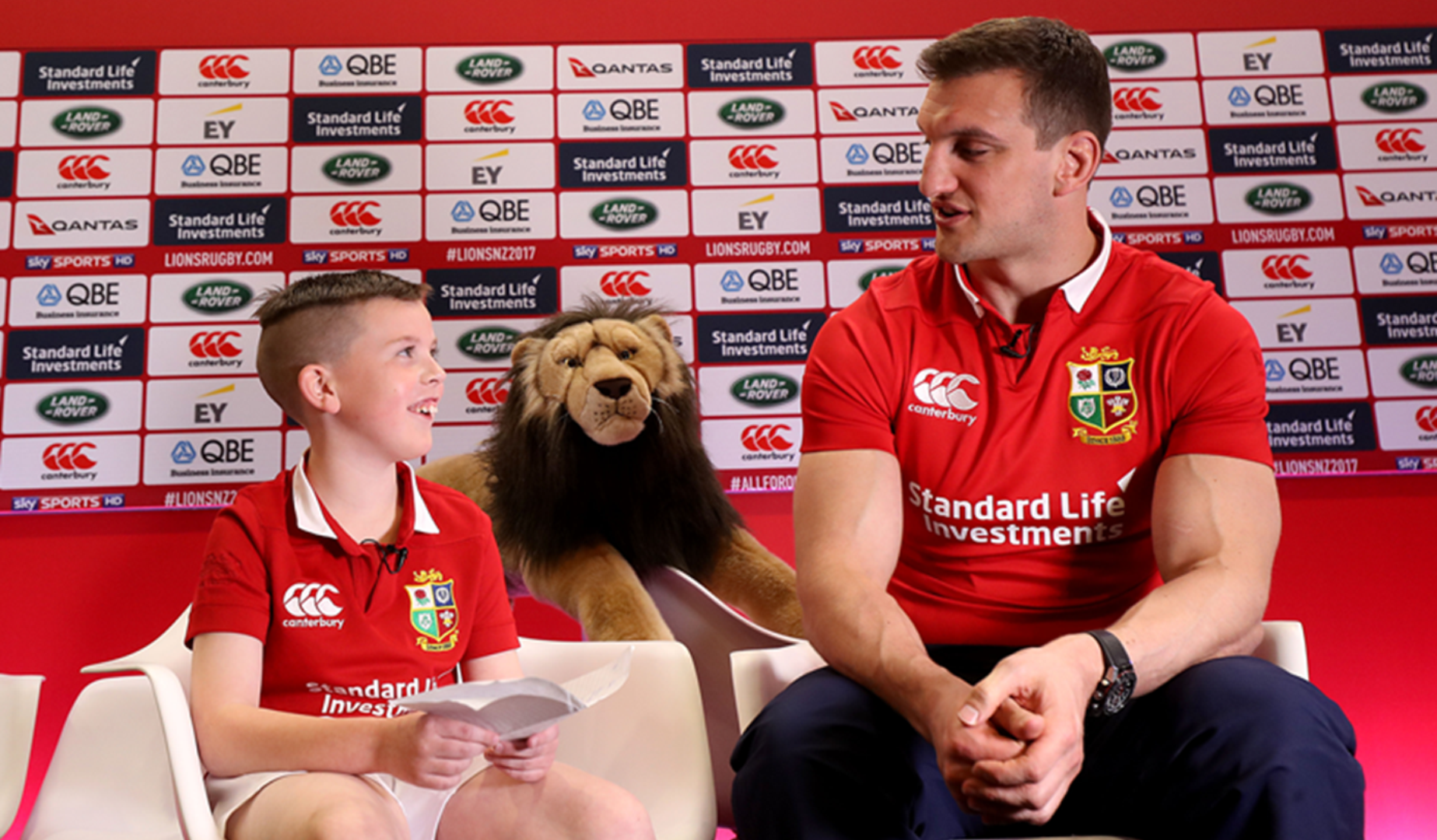 The British & Irish Lions squad announcement was a particularly memorable occasion for one young Lions fan as he got to meet Captain Sam Warburton and Head Coach Warren Gatland.

Harvey Duncan, 9, won the #AllForOne Competition in which fans were invited to produce a short video explaining who they would choose for the Lions captaincy and their favourite player not from their country.

As the winner of the competition, he was in attendance at the Hilton Syon Park as the 41-man squad was announced for the summer’s Tour to New Zealand.

Harvey, who plays for Amman United, the home club of legendary Wales and Lions winger Shane Williams, was there with dad Simon, and got to meet all the coaching staff, a number of Lions legends, as well as interviewing Warburton after his announcement as skipper.

He also got to take care of BIL the Lions mascot in the morning, placing him on stage for the squad announcement.

Harvey explained that speaking to Warburton, his favourite player and tip for the captaincy on his competition entry, was the highlight of the day.

He said: “My best part of my day was when I did the interview with Sam Warburton. He was answering his questions really well. I’ve never seen a player talk so much. Sam’s my favourite player because he’s the best and he gave me this ball and he signed my top.

“Thank you very much for my fun day. I wish The British & Irish Lions team very good luck in New Zealand.”

On his entry video Harvey explained that Warburton is his favourite player, but that he’s also a fan of England centre Jonathan Joseph, who also made the squad.

His dream is to play for the Lions himself, and if the interview below is anything to go by, he might have a future in the media after that!

Harvey: What is going to be the hardest thing about being The British & Irish Lions Captain?

Harvey: What inspired you to play rugby?

Sam Warburton: I had a head teacher in my primary school, called Frank Rees, who thought he saw something in me because I initially played football. But he thought I would be a good rugby player so when I was about 10 or 11, he wanted me to play for my primary school and it went pretty well. Since then I’ve absolutely loved rugby.

Harvey: What would be your favourite food?

Sam Warburton: My favourite food, if it was healthy food, I like chilli con carne. You get rice and a lot of minced meat and stuff.

Harvey: Who is the most competitive player you’ve played against?

Sam Warburton: One of them would be Mike Phillips. I think he’s been one of the best competitors I’ve played with. And I think Alun Wyn Jones, he’s also up there as well. I’ve played with and against him, they’re both very good competitors.

Harvey: Thanks for your time and good luck on the Tour.