Mako Vunipola celebrated his British & Irish Lions call-up with a crucial try as defending champions Saracens booked their place in the European Champions Cup final with a fine 26-10 win over Munster. [more] 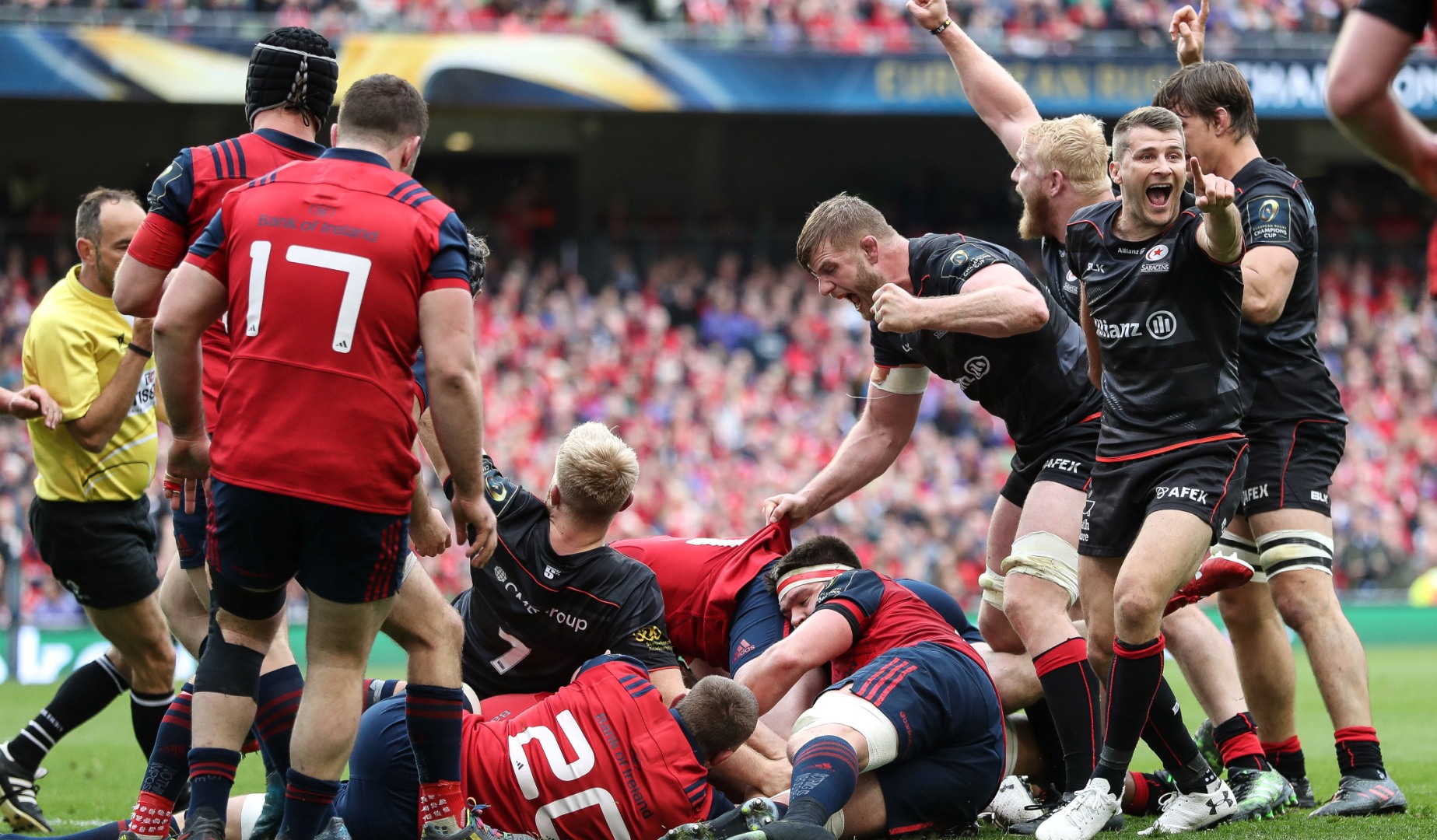 Mako Vunipola celebrated his British & Irish Lions call-up with a crucial try as defending champions Saracens booked their place in the European Champions Cup final with a fine 26-10 win over Munster.

Just days after learning he will jet off to New Zealand as part of Warren Gatland’s 2017 squad, Vunipola put in an immense display and scored the game-changing try in the second period.

Chris Wyles also crossed late on after a superb Owen Farrell kick, while CJ Stander also got on the scoresheet late on for Munster but it was not enough to stop Saracens celebrating.

Vunipola and Farrell may have stolen the headlines, but each of Saracens’ Lions-bound players impressed – with Jamie George, Billy Vunipola, Maro Itoje and George Kruis all contributing heavily.

Munster, who had Peter O’Mahony and Stander in their starting XV – taking the number of 2017 Lions on the pitch to eight –  were excellent from the off, with both back row forwards driving them forward and playing with a ferocious intensity.

And they opened the score through a Tyler Bleyendaal penalty, although fly-half Farrell responded shortly after.

Munster controlled territory and possession in the first half, with big ball-carrier Stander leaned upon throughout – but Farrell marshalled Saracens’ defence superbly, as the Aviva Premiership champions continued to deny the Irish side each time they got close to the line.

Itoje and Kruis were hugely impressive, making 33 tackles between them and missing just one and the sides went in level at the break.

Kruis, recently back from injury, was a thorn in Munster’s side with ball in hand and he almost scored the game’s first try by surging through a small gap five metres from the line – but he was unable to touch down.

Yet the England and Lions lock played a major role in Saracens’ first effort as Vunipola powered towards the try line metres out, by adding extra muscle to drive the prop over the line.

Farrell then took over, kicking superbly and passing smoothly as the game opened up. And his expert kick in behind was latched onto by Wyles to touch down.

Munster’s Stander grabbed a late try by impressively muscling through Saracens’ defence late on but the defending champions emerged victorious and will now contest next month’s final.