Built to replace Carisbrook as the home stadium of the Highlanders team in Super Rugby, The British & Irish Lions will play their first ever match at the Forsyth Barr Stadium in 2017. [more] 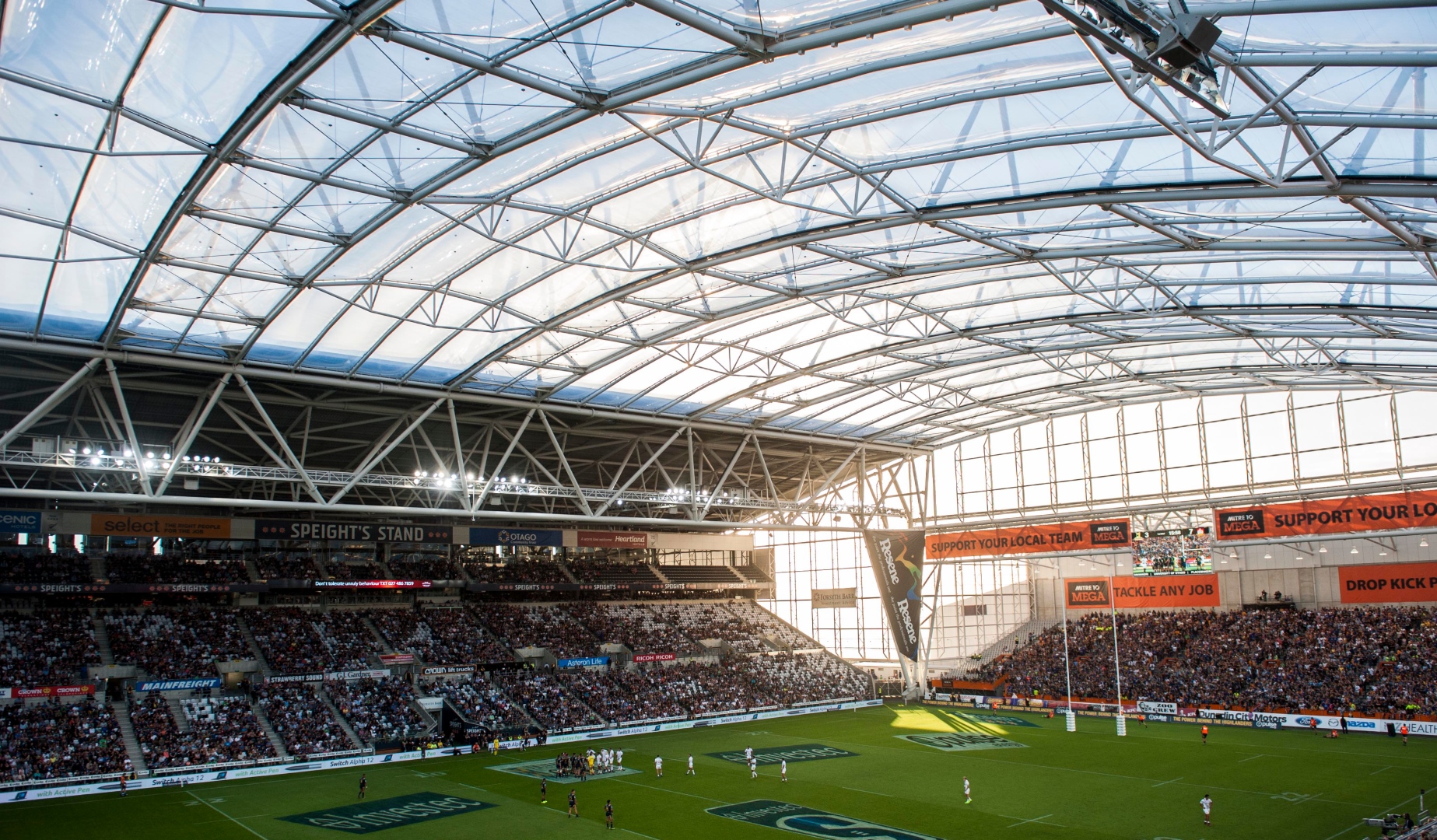 Built to replace Carisbrook as the home stadium of the Highlanders team in Super Rugby, The British & Irish Lions will play their first ever match at the Forsyth Barr Stadium in 2017.

The Lions already have a fabulous history in Dunedin, winning two Test matches against the All Blacks and drawing one at the previous venue.

The last Lions triumph in the city was back in 1971, where a win in the opening Test match of an historic Tour at the ‘House of Pain’ paved the way for John Dawes’ side to win a series against New Zealand for the first time.

Ian McLauchlan scored the only try that day, with Barry John adding two penalties in the 9-3 triumph.

Constructed within a tight time-frame, Forsyth Barr – then known as the Otago Stadium – was completed in time for the 2011 Rugby World Cup.

During the tournament, England played there three times and beat Argentina, Georgia and Romania, while Ireland also got the better of Italy in Pool C.

Known colloquially as 'the glasshouse', due to its clear roof (which stands at an internal height of 37 metres), the Forsyth Barr is the world’s first fully enclosed grassed stadium.

Real grass is strengthened by synthetic grass fibres injected deep into the soil which increases the hard-wearing capability of the ground and allows three times the use of natural grass field.

The clever design of the roof also means that rainwater is collected from its 20,500m2 surface and recycled to irrigate the pitch, while it is also capable of supporting the weight of a car.

In 2012, the Highlanders officially took up residency at the ground, while the All Blacks’ first game under the roof saw them beat South Africa 21-11 in the 2012 Rugby Championship.

The Forsyth Barr has also hosted one New Zealand rugby league international which was against England in the 2014 Four Nations, while the roof’s superb acoustic capabilities has seen acts such as Elton John, Paul Simon, Aerosmith, Macklemore, Tinie Tempah, Rod Stewart, and Fleetwood Mac perform there.

New Zealand News
Previous story LionsWatch: Cool Farrell and O’Mahony impress in Europe
Next story O’Driscoll urges first-timers to put themselves out there on Lions Tour