LionsWatch: Tipuric and Webb star as Ospreys close in on semi-final spot

Ospreys came out on top at the Liberty Stadium as they overcame Ulster in the Guinness PRO12 to all but secure their semi-final spot. [more] 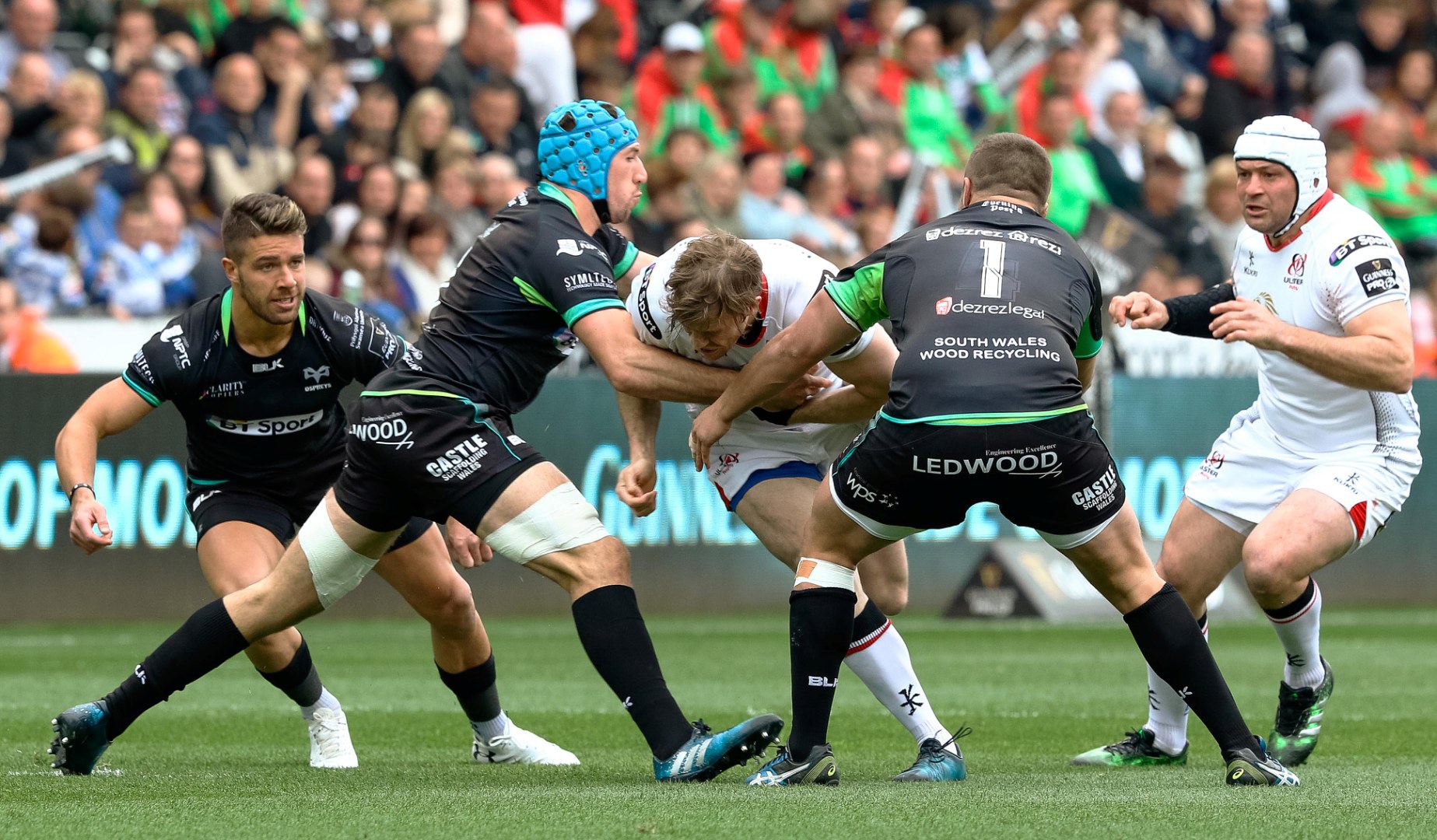 Ospreys came out on top at the Liberty Stadium as they overcame Ulster in the Guinness PRO12 to all but secure their semi-final spot.

There was plenty of interest for British & Irish Lions Head Coach Warren Gatland with no fewer than five of the 41-strong squad to Tour New Zealand this summer doing battle in south Wales.

Ospreys’ flanker Justin Tipuric and half-backs Dan Biggar and Rhys Webb helped their side to a 24-10 victory over an Ulster side containing 2017 Lions pair Rory Best and Iain Henderson.

LionsWatch takes a look at who impressed in the penultimate match of the Pro12 regular season.

Justin Tipuric was at his scavenging best against Ulster and was a constant thorn in the Irish side’s attack.

The Ospreys openside made a key turnover early in the match as Ulster threatened the Ospreys line. And his fierce work at the breakdown became a theme of the afternoon.

Using his blistering pace and tremendous work rate, Tipuric was first to many rucks and regularly disrupted proceedings – which began to frustrate the Ulster back division.

And the Wales international made a number of valuable carries for the Ospreys, getting over the gain line on several occasions as his side won an abrasive battle in Swansea.

Tipuric – who also Toured with the Lions in 2013 – led his side’s heroic defensive effort as they repelled wave after wave of Ulster attack.

Ospreys and Wales scrum-half Rhys Webb was a calming influence on his side in what proved to be a frantic encounter in Swansea.

Webb did well to get the ball away from the scrum which eventually resulted in Tom Habberfield’s try to open the scoring – while he maintained pressure on the Ulster back three throughout.

Webb’s box-kicks were inch perfect and they had to be with the likes of Charles Piutau and Craig Gilroy on hand to punish any loose clearances.

The scrum-half – captain for the day – was at his sniping best and drew several Ulster defenders towards him before putting second-row Tyler Ardron through a hole.

The Welshman carried ten times from the base and was a constant threat to the Ulster defence – something that will no doubt impress Gatland.

Despite being on the losing side of a key clash in the Guinness PRO12, 2017 Lions Henderson and Best delivered outstanding performances for their side at the Liberty Stadium.

Best was on hand to support Gilroy – who had made a superb run from deep – to continue his side’s momentum and break a number of tackles.

The skipper’s set-piece was exemplary and was aided by the fine work rate of Henderson.

The Ulster flanker made ten carries for his side and 11 tackles in a tough forward battle against the Welsh province.

And Henderson’s dynamism at flanker – as well as at lock, where he can also operate – will be of use to Gatland when the Lions arrive in New Zealand.