When the British & Irish Lions travelled to Australia in 2013, they were looking for their first Test series victory since their famous triumph against South Africa in 1997. [more] 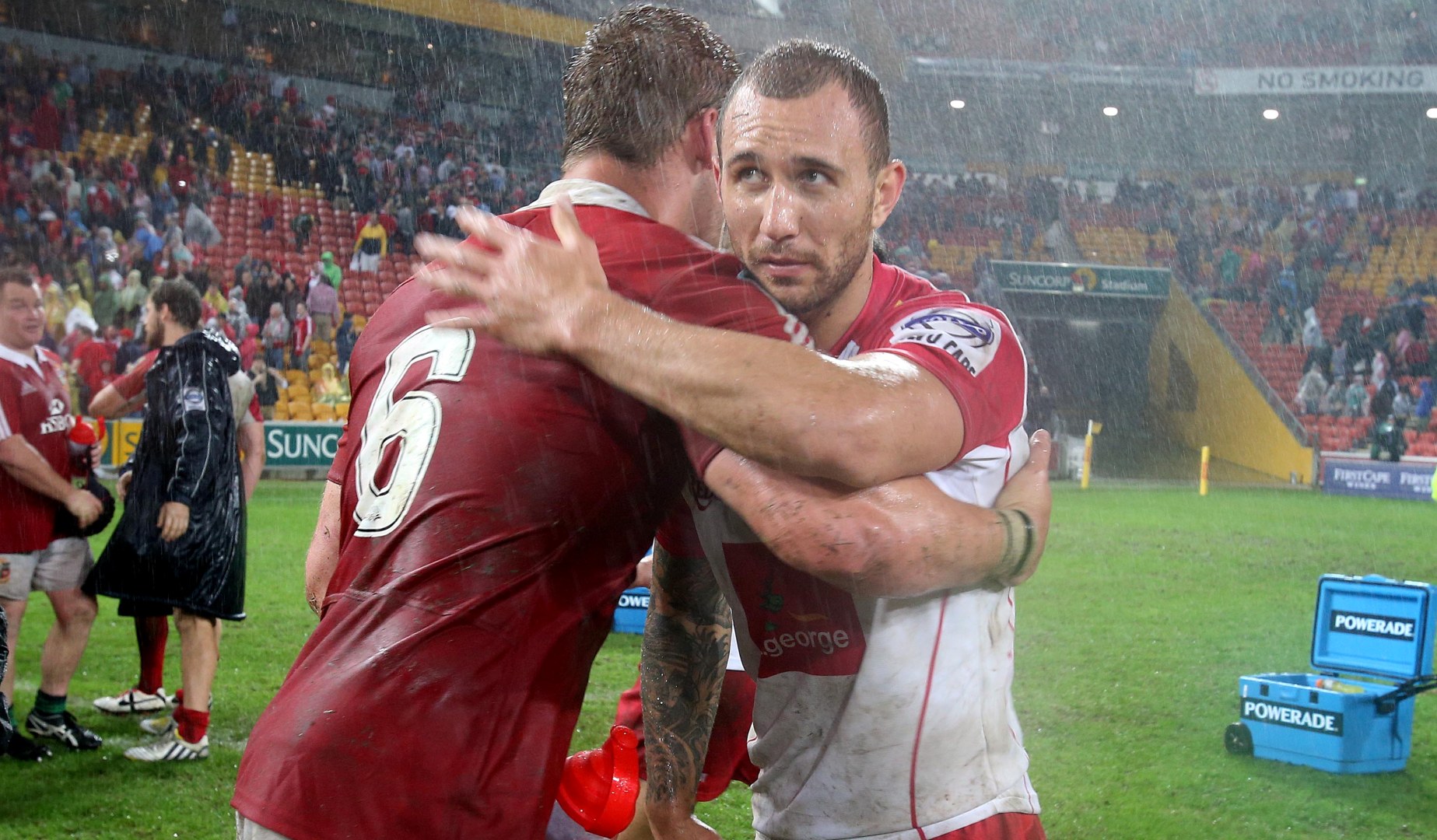 When the British & Irish Lions travelled to Australia in 2013, they were looking for their first Test series victory since their famous triumph against South Africa in 1997.

After coming so close against the Springboks four years previously, this was the Tour where they would finally emerge victorious again, as they defeated the Wallabies 2-1.

A match that went a long way towards shaping Warren Gatland's line-up for that series was their third of the Tour, against Queensland Reds at Brisbane's Suncorp Stadium.

Over 50,000 were in attendance for what was widely regarded as the Lions first real test Down Under and it was one they came through after being pushed all the way.

There was power to add in the squad named by Gatland, with Sam Warburton captaining the side after skippering Wales to a Six Nations title just a few months earlier.

This was Warburton's first appearance of the Tour and he formed part of an all-Welsh back row alongside Dan Lydiate and Taulupe Faletau.

Dan Lydiate started in the back row against Queensland Reds

The Lions also had an all-England combination in the front row, with Mako Vunipola, Tom Youngs and Matt Stevens packing down in front of locks Geoff Parling, who was making his first start, and Richie Gray.

There was another English pairing at half-back, as Ben Youngs partnered Owen Farrell, while Manu Tuilagi 'backed up' from playing in midweek alongside Jonathan Davies in the centres.

The youngest player on the tour, Stuart Hogg, played at full back, while there was a combination of brawn and brains on the wing in Alex Cuthbert and Tommy Bowe, a tourist from 2009.

This was the second Tour match on Australian soil after the Lions stopped off in Hong Kong to face the Barbarians, where they won 59-8 in extremely humid conditions.

With players beginning to arrive from clubs and provinces who had recently played in Premiership and PRO12 play-off finals, the Lions then faced an under-strength Western Force side in Perth.

It proved to be a gentle introduction to life Down Under, as the Lions scored nine tries in a 69-17 trouncing but they were expecting the Reds to be a tougher nut to crack.

A downpour during the second half in Brisbane slowed down what was initially a pulsating match, but this was just what the Lions were looking for in terms of a contest.

The Reds made a fast start, but it was the tourists who created the first clear opening after nine minutes, when Bowe broke off his wing from his own half before passing to Alex Cuthbert just outside the 22.

It looked for all the world that the giant Welshman would power clear, only for Reds left winger Luke Morahan to make a brilliant covering tackle to put him into touch.

A strong scrum allowed Farrell to open the scoring with a penalty, but after saving a try at one end, Morahan produced a moment of magic to score one at the other.

After collecting Farrell's kick around 70 metres out, he shrugged off Cuthbert before charging through the middle, getting past Warburton and chipping over Hogg and collecting to dot down under the posts.

Australia fly-half Quade Cooper added the conversion and Lions were then frustrated as Davies pounced on a loose pass from Cooper, only to overcook his kick as the ball ran dead.

The Lions were starting to hit their stride, though, and Farrell pulled back three points with his second penalty before Cooper missed the chance to restore the four-point gap.

There was then another near miss, as George North, on as a replacement for the injured Tuilagi, burst clear down the left before setting away Farrell, who knocked on in stretching for the line.

But a Lions try did arrive off the resulting scrum, as Ben Youngs ripped the ball off opposite number Nick Frisby and only had to fall on it to score.

Ben Youngs' try was vital to the Lions' win

Another last-ditch tackle, this time from Anthony Fainga'a, then denied Warburton after North had made a fantastic break from deep, but Farrell's third penalty opened up a 16-7 lead at half-time.

The rain meant the second half wasn't as exciting a spectacle, but this didn't stop Farrell, now playing at centre with Johnny Sexton brought on, stretching the lead to 12 points.

But with 18 minutes left, the Reds showed they weren't going to go without a fight as Frisby flung a pass right to Rod Davies, who sprinted clear before going back inside to allow his scrum-half to go over.

Chances were scarce from then on in the now tricky conditions, but Farrell was able to seal the victory with his fifth penalty four minutes from time.

Lions head coach Warren Gatland said after the match: "It was a tough game and the weather conditions didn't help.

Warren Gatland will coach the Lions again in 2017

"I thought we showed great character. They threw everything at us in the first 20 minutes but we toughed it out. They just kept working hard. They kept digging for what was required.

Lock Richie Gray added: "It was a big step-up, we knew they would throw everything at us. The first 20 minutes maybe we didn't react as quick as we could have.

"We'll work on that that, it was a great game for us – gives us something to work on."

The Lions' attack clicked into gear in the next two matches as a Combined NSW-Queensland Country XV was dispatched 64-0 and the Waratahs 47-17 in what was an impressive display.

The first defeat to a provincial side since 1997 then followed against the Brumbies, but the tourists quickly recovered on their return to Brisbane, as they won the First Test against Australia 23-21.

The series was levelled in Melbourne the following week, but demons from 2001 were exorcised in Sydney as the Lions hammered the Wallabies 41-16 in what was their record Test victory.

Halfpenny was the hero of that series in kicking 49 points across the three Tests, while it also made stars out of the likes of North and Alex Corbisiero, both try scorers in the decider.