British & Irish Lion Taulupe Faletau scored a hat-trick in a man-of-the-match performance for his club side Bath Rugby as they kept their Premiership semi-final hopes alive. [more] 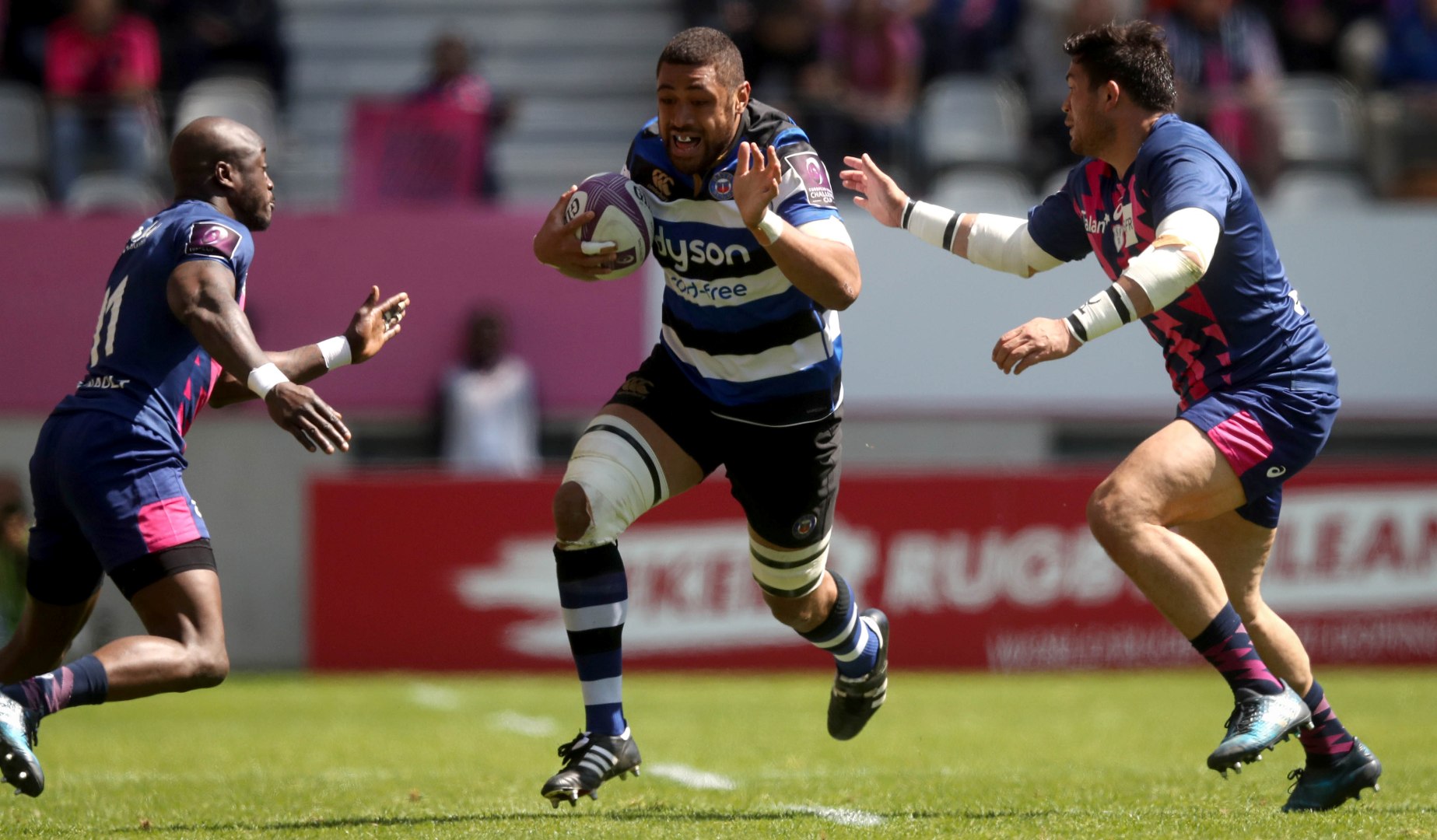 British & Irish Lion Taulupe Faletau scored a hat-trick in a man-of-the-match performance for his club side Bath Rugby as they kept their Premiership semi-final hopes alive.

Faletau’s scores helped Bath to a 44-20 win over their near-neighbours Gloucester Rugby, who saw England wing Jonny May cross twice but were barely in the contest during much of the second 40.

In their final home game of the season, Bath needed to win to have any chance of overhauling Leicester Tigers for the final spot in the top four of the Premiership with one game to go.

Faletau was a key part of Warren Gatland’s 2013 squad which triumphed in Australia, starting the final Test of the series which the Lions won 41-16 in Sydney.

He returned from injury during the RBS 6 Nations where he shared back-row duties for Wales with fellow Lion Ross Moriarty – who was playing opposite him for Gloucester at the Rec on Sunday.

Faletau demonstrated serious strength and power to score Bath’s first try of the afternoon as he raced onto an incredible clever chip over the top from Samoan scrum-half Kahn Fotuali’i.

However, had to be patient for his second as Aled Brew, Max Clark and Robbie Fruean all went over for the home side but he was rewarded late on.

Hat-trick for Taulupe Faletau… so good to see him cranking up the gears. Just think about his impact for @lionsofficial in NZ ??

The 26-year-old benefitted from a bulldozing run from Kane Palma-Newport before the ball was shipped wide via George Ford to the waiting hands of the Welsh forward.

And either side of two late consolation scores for Gloucester, Faletau found space in the wide channel once again to dive over in the corner for a sublime hat-trick.

Bath's director of rugby Todd Blackadder said: "He (Faletau) was outstanding, absolutely unbelievable today. That was a world class player right there.

"He's had a frustrating season with a few injuries and then was on the bench but he showed what a class player he is and if he takes that form to New Zealand it'll be all go.

"All those Lions loose forwards are outstanding. They've got good quality guys, they'll need every single one of them, there's a lot of matches before they get to the first Test match, they'll need the cavalry.

"(Ross) Moriarty showed today he's a tough player too, they've got some good competition for places there."

Hat-trick hero @taulupe is your Aviva Man of the Match! pic.twitter.com/KJr2sIsCOS