North relishing first meet-up with the 2017 Lions on Monday

Four years ago George North provided some of the iconic moments of the British & Irish Lions Tour to Australia - in 2017 he is ready to make an even bigger impact in New Zealand. [more] 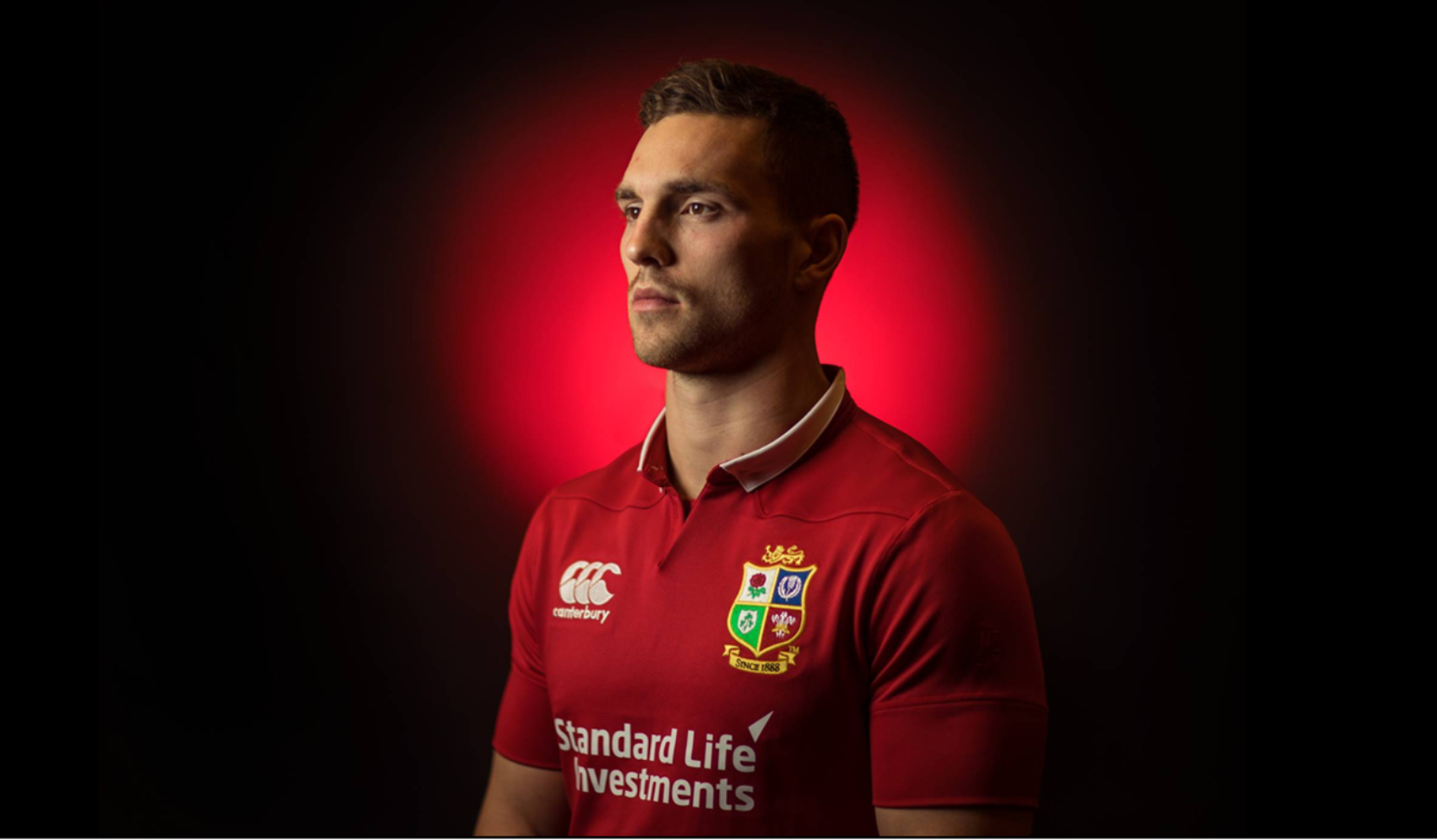 Four years ago George North provided some of the iconic moments of the British & Irish Lions Tour to Australia – in 2017 he is ready to make an even bigger impact in New Zealand.

Any self-respecting rugby fan should not need to be reminded of the magic North produced the last time he pulled on a Lions jersey.

Then still just a fresh-faced 21-year-old, the Wales flyer sprinted headlong into Lions folklore with an iconic try in the first Test of the 2013 series against Australia.

But North showed he was more than just a deadly finisher in the second Test, where despite the tourists going down to a defeat, the winger produced a remarkable show of strength that went down in Lions history.

With Israel Folau bearing down on him in an unforgettable passage of play, North scooped all 6ft 5in, 15st 6lb of the talismanic Wallaby onto his shoulders while still carrying the ball, and pumped his legs with astounding ease to gain ground when a turnover seemed the most likely outcome.

It was a defining moment, and things got even better for North in the third Test as he got in on the act again, crossing the whitewash as the Lions sealed an historic series victory.

Massive thanks for all the messages. Honoured to be selected for @lionsofficial tour! ??

In all North scored four tries across seven appearances for the Lions – starting all three Tests for Warren Gatland's side – but the humble Welshman admits he was just trying to pull his weight.

“The funny thing it whenever anyone asks me about the last Tour they always ask me about those two moments; the try in the first Test and picking up Israel Folau,” he said.

“I have great memories from the Tour, it’s not annoying talking about just those two things as they are fabulous memories. But I wouldn’t recommend picking up Folau again, he’s heavy.

“There’s always an expectation on you when you pull on a Lions jersey, regardless of how well or not you played in your last match or the last Tour.

“You have to remember that it’s not your jersey, you’re just holding on to it and hopefully you can do it proud when you’re in it.

“If I get the opportunity to play in it I want to do it justice like I did last time on this Tour.”

While he is now regarded as one of the most prolific wingers in world rugby, it is all too easy to forget how young North still was on that Australia Tour.

He has always been way ahead of the curve however, becoming the first teenager from anywhere in the world to score ten Test tries, and notching up two RBS 6 Nations triumphs before his 21st birthday.

But four years on, and with heaps more valuable experience under his belt, North insists he still feels just as giddy to be selected again for the Lions – and that he is under no more pressure than before.

He said: “It is still a really exciting feeling and I’m still extremely honoured, even if this is now my second Tour.

“Knowing what’s ahead though I’m not getting ahead of myself as I know how hard the Tour can be having had a full glimpse of it in Australia in 2013 – if we can recreate that trip I’ll be a very happy man.

George North dazzled in Australia for the Lions in 2013

“I’m very excited to get together with the other boys on May 8th, and as we’ve seen in the past there can be room for those that might have missed out later in the Tour as well.

“It’s both fun but also full of pressure being on the Tour. The pressure is huge, obviously it’s not just one nation you’re representing but all four.

“But when you’re touring you have to enjoy the experience. I think in Australia the opportunities were amazing, and then once you come back you can look back and enjoy it too.”

North will meet up with the Lions’ class of 2017 for the first time on Monday at Syon Park in London.

All 41 members of the touring party, along with the management, will be present for the first time with the Lions taking on a medical screening and the military operation that is kit allocation.

It is the day that the Lions Tour 2017 really begins, and North in particular cannot wait to get going.

The Northampton Saints wing has been frustrated by injuries this season at times but still shown glimpses of his finest form, and North is adamant that a Lions Tour is the perfect way to regain his confidence.

“All my family were very excited and congratulating me when I got selected; we’re really happy as it’s been quite an up-and-down season with injuries and everything, and I’m just hoping to finish it well on Tour now,” he said.

“The challenge is huge over there and it’s been a frustrating campaign for me to say the least, and to finish in this way is awesome.

“It’s been one of the stranger seasons for me having a few injury setbacks, but getting back on the pitch again and selected has given me the confidence for the task that is to come.

“It’s one of the best places to go for a wide, expansive game – and it will be a great clash between the Northern and Southern hemispheres to see whose style can come out on top.”

News Wales
Previous story Download the Official Lions App and take on your friends and colleagues
Next story Your Club Your Lions: Dorking RFC