Classic Match: Dawson dummies his way into the history books 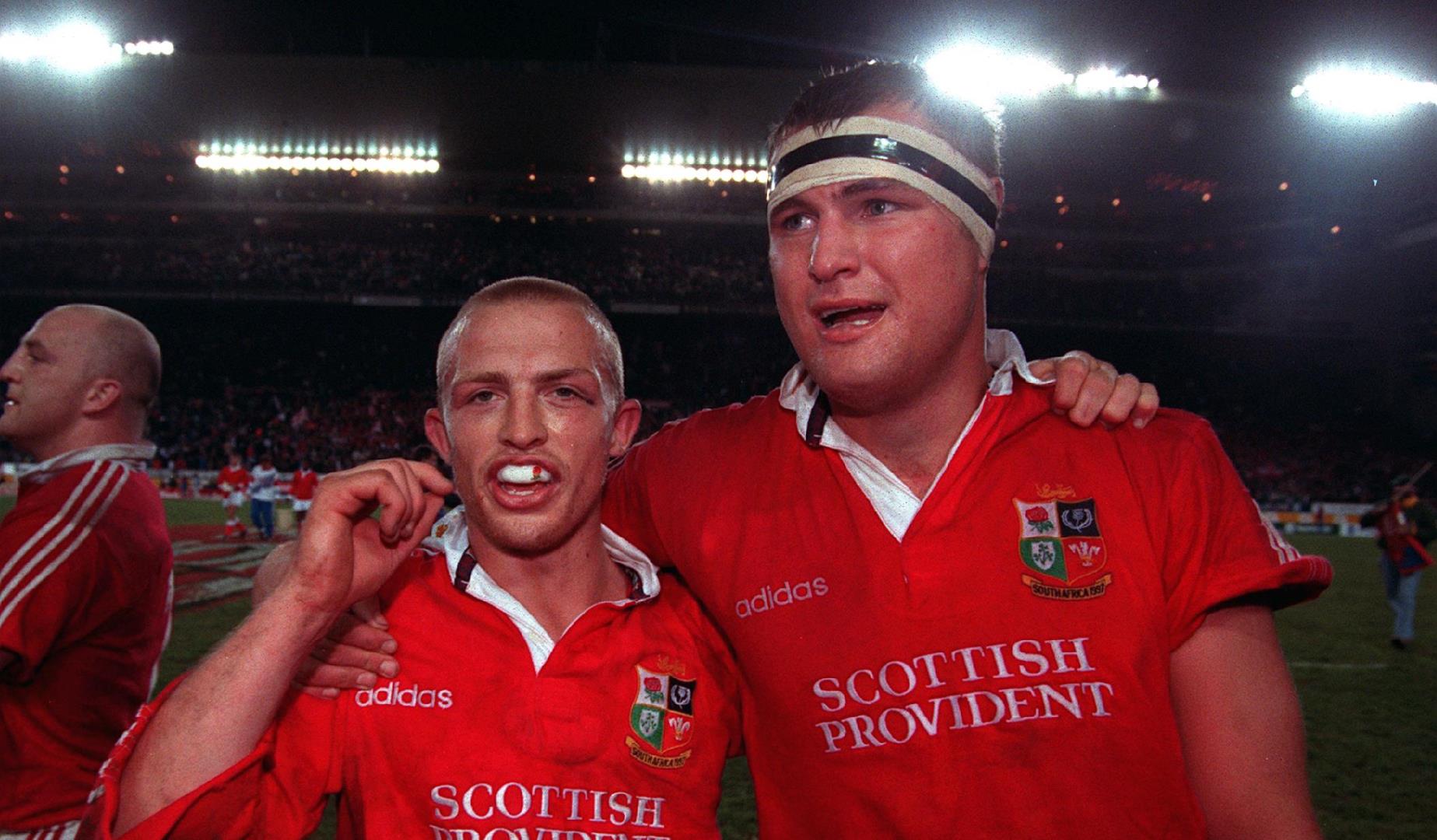 The 1997 British & Irish Lions went to South Africa as huge underdogs against the reigning world champions.

And the first Test will forever be remembered for Matt Dawson's daring dummy that led to the pivotal try late on in Durban to set up a dramatic victory.

Captained by Martin Johnson, McGeechan’s squad also included an uncapped Will Greenwood – the last true bolter to tour with the Lions.

Along with forwards coach Jim Telfer, McGeechan set a lot of store in form on the Tour and few could have predicted that props Paul Wallace and Tom Smith would force their way into the Test team.

Keith Wood at hooker was more expected but they sprung another surprise in Jeremy Davidson at lock alongside Johnson.

The back row was an all English affair with Richard Hill and Lawrence Dallaglio either side of No 8 Tim Rodber.

Injury to Rob Howley had given Dawson the scrum-half jersey with Gregor Townsend at fly-half and Jeremy Guscott and Scott Gibbs in the centres.

The masterstroke in the back line was putting Neil Jenkins at full-back, usually a stand-off the Welshman’s metronomic goal-kick was key to the series win and the Lions could not leave him out.

On the wings for the first Test were Alan Tait and Ieuan Evans.

The Lions made an instant impression winning all four of their opening Tour games including a 64-14 thrashing of Mpumalanga.

A marker was laid down in their opening clash of the Tour as McGeechan put together one of his most famous speeches of all.

After defeat to Northern Transvaal, the tourists beat Gauteng 20-15 thanks to a 70-yard try from Bentley which set the tone for what was to come.

The Lions had won five of their opening six warm-up games when they arrived in Durban for the unofficial fourth Test against Currie Cup holders Natal at King’s Park.

It became a defining match of the Tour as Gregor Townsend, Mike Catt and Lawrence Dallaglio all scored tries and were complimented by the superlative kicking of Jenkins who kicked 24 points.

The build-up to the first Test is famous for Jim Telfer’s Everest speech to the forwards and in the front of over 50,000 spectators in Cape Town it was Johnson, Dallaglio and Wood who had the tourists’ pack on the front foot.

But it was Dawson, selected ahead of Austin Healey following the injury to Howley, who ended up dealing South Africa the crucial blow.

After an early exchange of penalties Os du Randt barged his way over for the first try but pin-point kicking off the tee from Neil Jenkins saw the Lions lead 9-8 at half-time.

Replacement Springbok wing Russell Bennett crossed the whitewash in the second-half and the hosts led 16-15 on the hour mark.

It was then that Dawson’s incredible intervention, a solo run down the blindside saw him break free before a one-handed dummy fooled four South African defenders allowing him to score in the corner.

A further try from Scotland winger Alan Tait in the opposite corner with just a minute left on the clock saw the Lions seal a memorable 25-16 win.

"The strength of the squad was the fact that we knew that everybody outside of the squad and the management and family, thought that we were going to get battered," said Dawson.

"Not only in the Test matches but in the midweek games as well.

"We had a steely belief within that squad throughout the whole period."

The 25-16 victory for the Lions and set up a famous series victory that, pre-Tour, many had thought improbable.

They would win the second Test in equally dramatic circumstances as once again the boot of Jenkins kept the tourist in touch.

While the Lions kicked five penalties, the Boks scored three tries but failed to convert any of them as their goal-kicking woes contrasted sharply with their opponents.

And at 15-15 the stage was set for Lions legend Guscott to strike, the centre slotting a drop goal that sent the tourists into dreamland.

With the series secured and the tourists’ injuries continuing to pile up, five changes were made for the final Test which South Africa won 35-16 with three tries to the Lions’ one.

But by then the celebrations were already underway as the Lions secured the first series win since professionalism and etched their name deeper into the history books.