Lions Scout: A perfect ten for the Crusaders

Super Rugby is now into its 11th round and we're keeping a close eye on the Lions opponents ahead of this summer's Tour to New Zealand. [more] 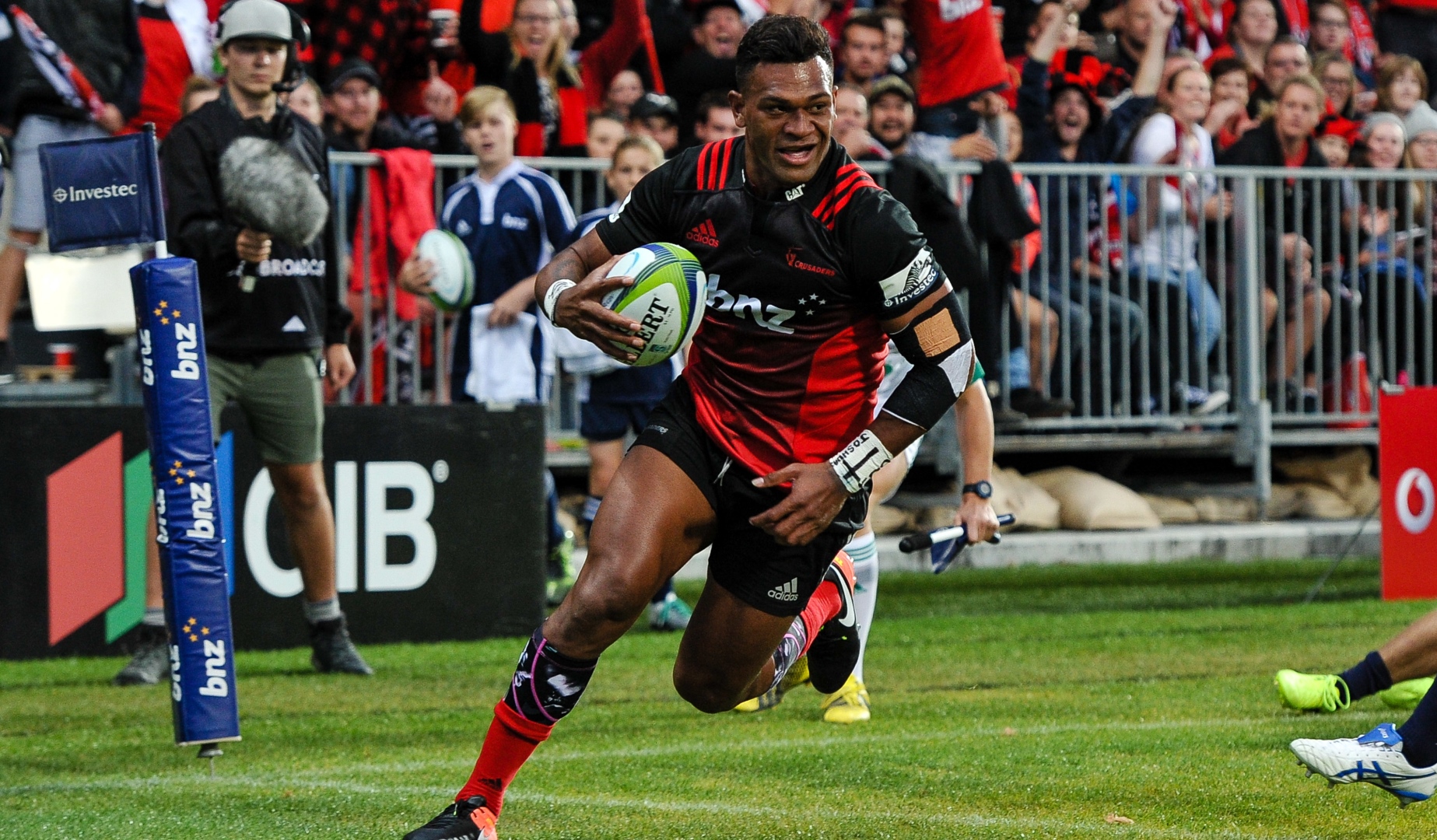 Super Rugby is now into its 11th round and we’re keeping a close eye on the Lions opponents ahead of this summer’s Tour to New Zealand.

The British & Irish Lions will face all five of New Zealand's Super Rugby franchises during their ten-match Tour, in addition to the three-match Test Series against the All Blacks.

And the Kiwis demonstrated their strength in depth as all five sides claimed pulsating victories in round 11.

The perfect ten for Robertson

The Crusaders welcome the Lions to Christchurch for the third game of the ten-match Tour and it is looking increasingly likely that they will be unbeaten when the tourists arrive in the Garden City.

On Saturday they made it a perfect ten from ten in this year’s Super Rugby as they put the Bulls to the sword at Loftus Versfeld.

Despite being shorn of two great All Blacks in Sam Whitelock and Kieran Read through suspension and injury respectively, they were far too strong for the Bulls in a ten-try romp.


All Blacks Ryan Crotty, Seta Tamanivalu and Scott Barrett all dotted down in the 62-24 victory while Jack Goodhue bagged a double.

Second in the standings, and with only one loss from their ten games, are the Chiefs.

The Hamilton-based side, who welcome the Lions for the last Tour match before the first Test, cruised past the Reds in New Plymouth.

Centre Charlie Ngatai celebrated his long-awaited return from injury with one of their six tries in a 46-17 win.

The Dunedin-based Highlanders looked like their winning run was coming to an end in Bloemfontein on Friday against the Cheetahs.

But a stunning three-try blitz in the final five minutes turned a dramatic clash on its head, Waisake Naholo’s second score of the night right on the final whistle securing an amazing 45-41 victory.

Between them, the two teams produced 12 tries, scoring six each, and racked up 61 points in the second half alone.

The Highlanders looked out of it twice in Bloemfontein, at 22-10 down early in the second half and then 17 points behind in the dying minutes.

But in addition to Naholo’s double, Tevita Li and Matt Faddes crossed as the Kiwi sides maintained their 100 percent record in round 11.

The Blues won in Sydney for the first time since 2003 as Rieko Ioane starred in victory over the Waratahs.

The Blues are the first Super Rugby franchise to face the Lions on Tour, and Ioane is definitely one to watch as Tana Umaga’s side secured back to back away wins for the first time since 2013.

The one blight was the loss of Sonny Bill Williams to a head injury in the first half, but in the opening period the Blues were irresistible, going in at the break with a 26-0 lead.

In the second half the Tahs came back but it was too little too late as the Kiwis held on for a 40-33 victory.

Barrett puts on a show

Beauden Barrett is likely to be leading the charge for the All Blacks in this summer’s Test series and he warmed up in style on Friday for the Hurricanes.

The Canes – defending Super Rugby champions – were too much for the Stormers in a seven-try win over the South Africans.

Cross-field kicks did much of the damage for the Canes in a 41-22 victory that saw Jordie Barrett bag a double while Julian Savea and Cory Jane also dotted down.

There was also a try for Ngani Laumape who is certainly one for the Lions to watch out for, the centre is now the top scorer in the whole of Super Rugby with 11.