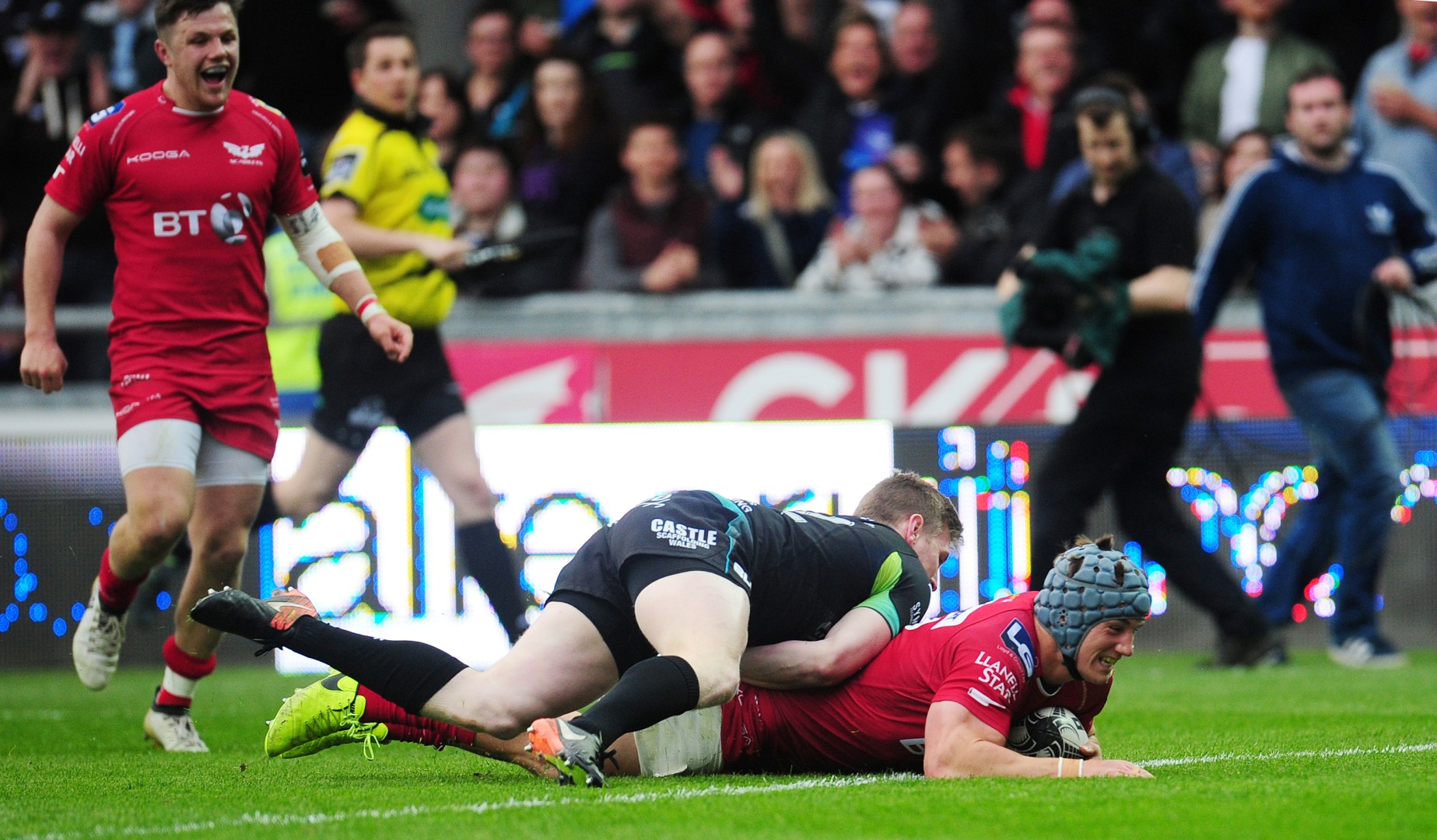 Many of the 2017 touring party will compete in league semi-finals however, with six likely to feature for Saracens in the Champions Cup final, and Gloucester’s Greg Laidlaw and Ross Moriarty looking forward to a Challenge Cup final.

And many Tourists seized what could be their last opportunity to impress Warren Gatland ahead of the Tour.

Scarlets centre Jonathan Davies scored a try as his side sent out a message to their fellow PRO12 semi-finalists, with the four sides battling it out to reach the final at the Aviva Stadium in a fortnight’s time.

Davies’ side secured a convincing bonus-point victory over Ospreys at Parc y Scarlets in what was a terrific outing for the centre – who also toured in 2013.

Davies carried 13 times for the Welsh region, making 113 metres in total, as well as dotting down for a second-half try as Scarlets displayed a fitting home send off for the departing Liam Williams, who joins Saracens from the start of next season.

Williams also impressed with the ball in hand, making 89 metres with his seven carries as Scarlets secured third place in the PRO12.

Victory! Buddugoliaeth! It's off to the RDS next to face @leinsterrugby. If you plan on joining us, travel info will be released next week! pic.twitter.com/iTu99RYegj


NORTH AND LAWES GET SAINTS OVER THE LINE

Northampton Saints secured a narrow victory over Harlequins at Franklin’s Gardens and winger George North – who will travel with the Lions for the second time in 2017 – scored a crucial first-half try as he found form ahead of the Tour.

North carried 11 times for 82 metres as Saints won a nail-biter 22-20, and the Welsh winger displayed exemplary defensive qualities too by making eight tackles without missing one.

His team mate – and fellow 2017 Lion – Courtney Lawes dominated at the set-piece furthering his case for a Test starter’s jersey.

Lawes claimed 12 line outs in all in a dominant display in the air as well as on the ground. The powerful second row also made 15 tackles and carried 15 times in a busy performance in the East Midlands.

Opposing Saints’ Lions were props Joe Marler and Kyle Sinckler of Harlequins, who notched up 11 tackles apiece as their side were forced to defend for large parts in the closing stages.

Wasps and England centre Elliot Daly has shone throughout his club side’s superb domestic season, and his lightning-fast feet troubled yet another quality defence on Saturday – with Saracens the victims this time.

Daly carried 12 times making 103 metres with the ball in hand, including making a searing break round the outside to secure Wasps’ bonus point and top spot in the Aviva Premiership.

The centre also made nine tackles without missing one in a terrific all-round performance, and the Englishman could yet feature in two more games for Wasps as his side host Leicester Tigers in the semi-finals.