Your Club Your Lions: Harpenden RFC

It takes years of blood, sweat and toil to become a British & Irish Lion, and not everybody has what it takes - but three-time tourist Richard Hill must have known he was watching the stars of the future on those cold, muddy nights when he trudged off to see 17-year-olds slug it out at Harpenden Rugby Club. [more] 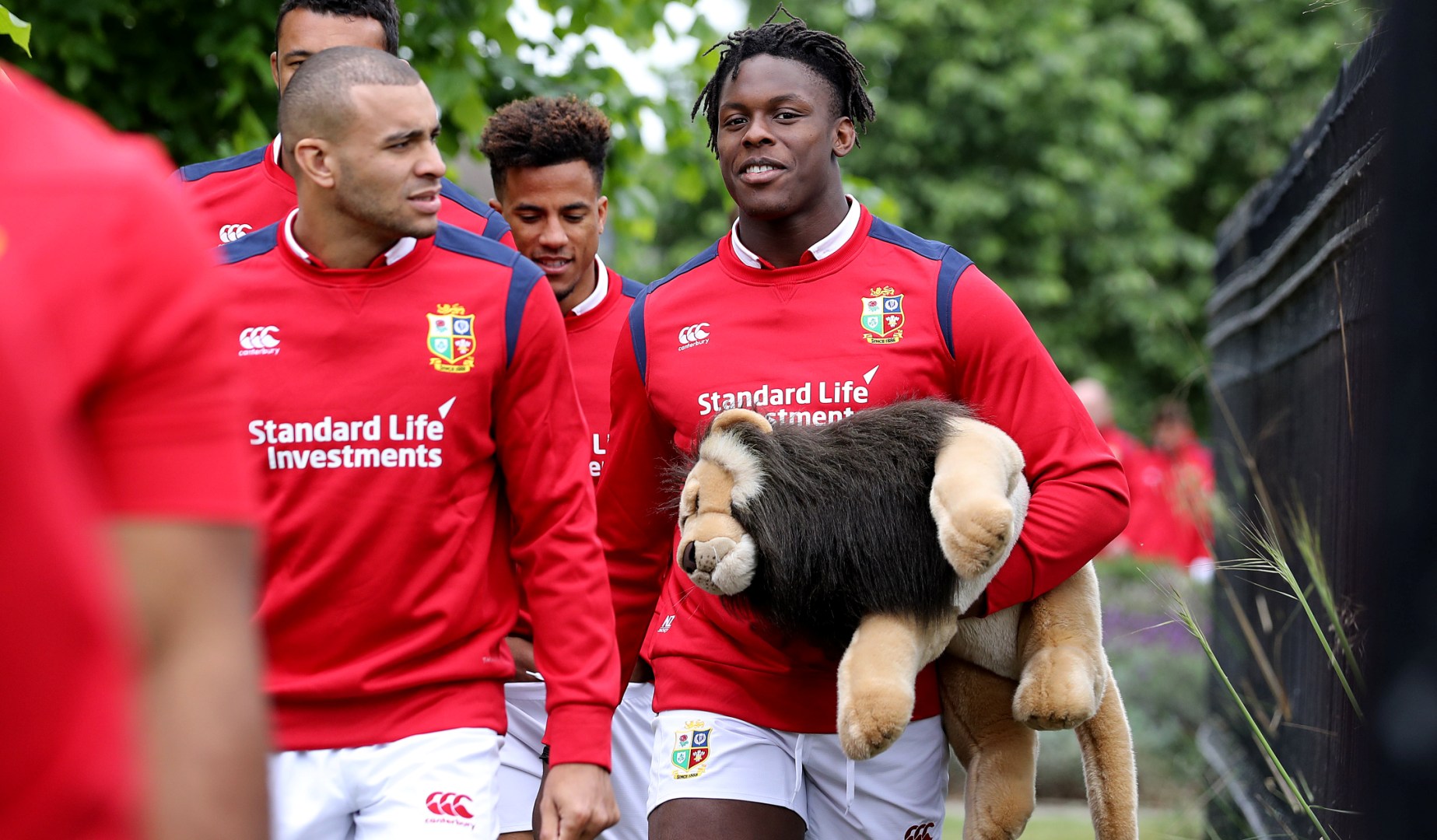 It takes years of blood, sweat and toil to become a British & Irish Lion, and not everybody has what it takes – but three-time tourist Richard Hill must have known he was watching the stars of the future on those cold, muddy nights when he trudged off to see 17-year-olds slug it out at Harpenden Rugby Club.

That’s because among them was a man who has taken the international game by storm since making his debut a year ago, is the current European Player of the Year and is now gearing up for his first British & Irish Lions Tour.

Maro Itoje may be just 22 but he is already among the elite band of players at the top of the sport, and New Zealand will have studied tape after tape trying to find a weakness in the Englishman’s game.

He honed his craft at Harpenden, who are celebrating the fact they have two Lions on Tour this summer –with fly-half Owen Farrell joining his current Saracens team-mate in Warren Gatland’s 41-man squad.

Stuart Mitchell coached Itoje, and knew of Farrell's talent, and he still can’t quite believe that he has seen them both grow into Lions players.

“I think the fact that we have two Lions is incredible for such a small club. It is remarkable, especially when they are on the same Tour,” he said.

“It is incredible enough that they are England players, but the fact they are Lions makes it a great story.”

That moment when each of the #Sarries6 found out they were a #Lion! ? pic.twitter.com/so1mXHIfgv


Farrell’s path to the top of world rugby was plotted when he was a young boy, and the stories of he and fellow England international George Ford kicking balls in the street until dark are well known.

But Itoje’s journey is different. He did not play until aged 11, and his talent was obvious from the start – with Mitchell insisting his ability to score tries and steal possession stood out immediately.

“He reminded me of Richard Hill, the great Lions player, and who is also a hero of mine. Richard played for Saracens, and one of his great abilities is that he is a rock and at a ruck or maul he would get the ball,” he said.

Thanks for the messages! All much appreciated. Incredibly honoured and excited to be apart of the tour! Looking forward to meeting Bil aha


“You always wondered how Richard would come up with the ball. Maro is exactly the same.

“How does he do it? I thought this young man has a lot of talent, and it is such a beautiful story because when he joined Saracens aged 17 he was given a mentor. And that mentor was Richard Hill.

“Richard would come along to Harpenden and stand at the side of the pitch looking at the future in front of us.

“It was like the circle had gone round and completed its orbit.”

Hill, who won five Lions Test caps on three Tours between 1997 and 2005, played for Saracens throughout his career and worked with academy players soon after.

And Mitchell believes he and Itoje share a similar mentality.

“I knew he [Maro] had something and so did Saracens, but there were a lot of young lads who had natural hand-eye co-ordination,” he said.

A young Maro Itoje (second from the right) with his Harpenden U12 teammates in 2006. Credit: Gus Scrace

“But when you see Maro, he has a fantastic rugby temperament. He is very level headed, as he got older he became a leader of men and led from the front.

“He is able to read the game so well too, and motivate the other players.”

Harpenden is a feeder club of Saracens and with such a thriving youth system currently in place, the club could have plenty more Lions players on its hands in the future.

The club was formed in 1919 when several players were having tea in the local ‘Bunty’s tea room’ and decided to create a side.

It took several years for the club to find a settled home, but in 1964 they finally arrived at Deacons Field Redbourn Lane.

The first team has spent the last two decades competing in county rugby and the London leagues, where Mitchell played for the club – and later felt compelled to coach.

“The idea of coaching was ‘if not me, then who’ because rugby has given me so much and part of the great rugby tradition is that you get to give something back,” he said.

“Having had the honour of playing for the club at different levels, it was great to get involved. One of the things that was most exciting was that of any given Sunday we would have 300 kids running up and down the pitches.

“I think that is phenomenal and I love that, and the thought that these are the grassroots and it is the grassroots that has produced England players and Lions players.”

Mitchell, who now lives in Australia, and his fellow coaches created a tight bond with their players – so much so that Itoje often returned to play for the club after he left for a scholarship at Harrow.

“I have got three sons and my middle son, Kieran, was in the same class as Owen and my youngest son, Conor, was with Maro,” he said.

Owen Farrell Toured with The British & Irish Lions in 2013

“Owen knew what it was all about a lot earlier because of his background, with Andy Farrell being there and being a part of Saracens there was a natural link.

“But what sets Owen out is his work ethic, he puts the hours in on the pitch – it is just phenomenal.

“Owen was a very focussed young man. Clearly, rugby was his game and he has gone very far. They are both excellent players.

“We are extraordinarily proud.”