There will be two members of the 2017 British & Irish Lions squad playing for silverware tomorrow evening before they embark on a ten-match Tour of New Zealand in June.   [more] 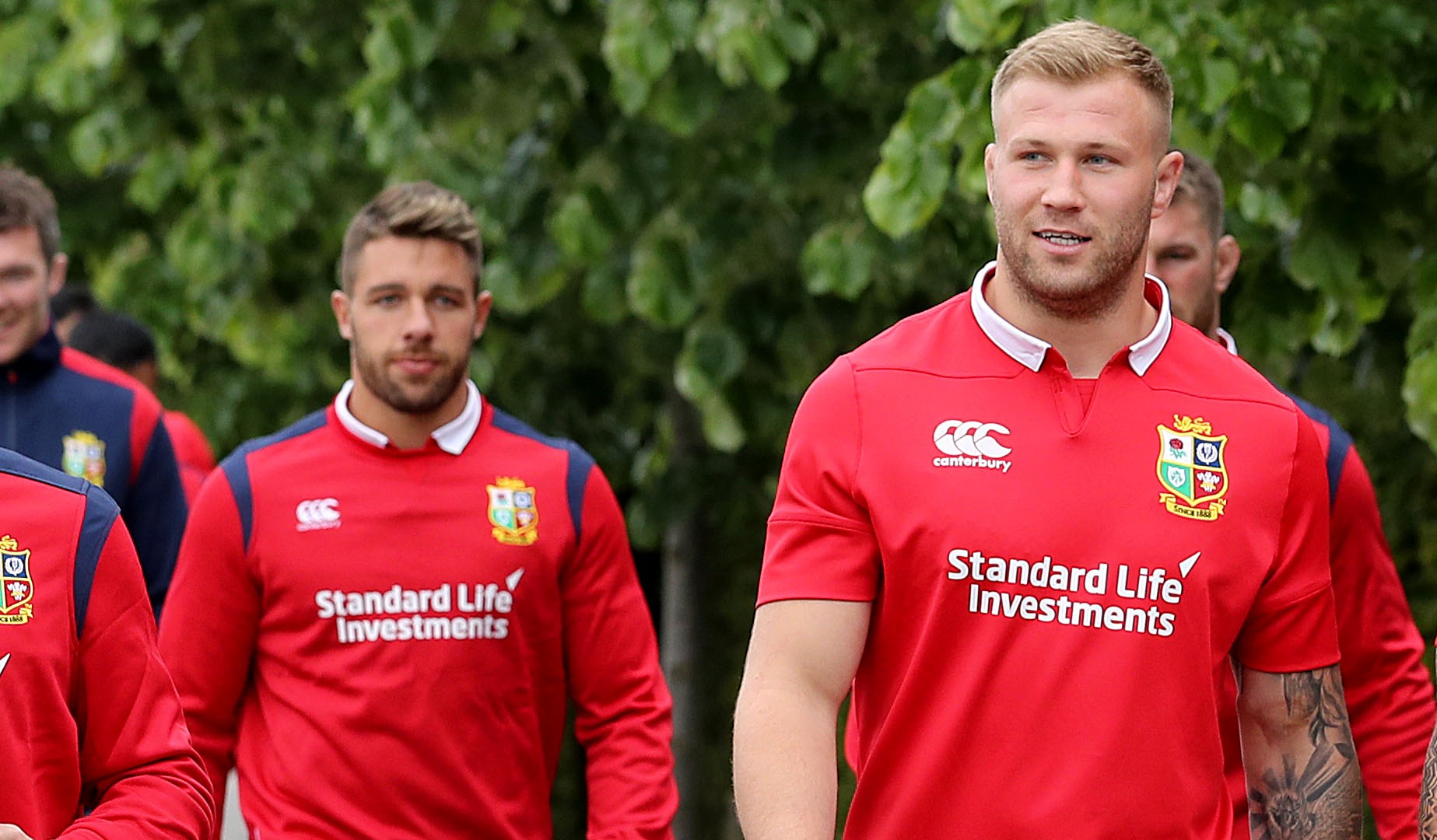 There will be two members of the 2017 British & Irish Lions squad playing for silverware tomorrow evening before they embark on a ten-match Tour of New Zealand in June.

Gloucester’s Ross Moriarty and Greig Laidlaw have been named in the squad to take on Stade Francais at BT Murrayfield in the European Challenge Cup final tomorrow evening.

The Cherry & Whites have seen off some tough challenges on the way to their second final in three years as they have beaten a Cardiff Blues side containing Lions captain Sam Warburton and Top 14 leaders La Rochelle in the knockout stages.

Moriarty will be at the forefront of Gloucester’s plans to down the French outfit as the Welshman starts at blindside flanker in what is set to be a titanic clash in the back row.

Moriarty – who started all three tests for Wales against New Zealand last summer – will come up against Italian veteran Sergio Parisse in the battle of the breakdown in a stern test of his credentials ahead of the Tour.

After the Welshman played his way into Warren Gatland’s squad with some monstrous performances in a Welsh shirt in the RBS 6 Nations, Moriarty will hope to add some silverware ahead of The Lions’ departure.

Overwhelmed by all the messages iv been receiving for making it into the @lionsofficial squad. thank you so much honestly can't believe it ?


“It is a tough season, but obviously being involved for Gloucester in the Challenge Cup final is huge for the club and we are really throwing everything at this game,” said Moriarty.

“Stade Francais are a strong team and I am obviously going to get to play against Sergio Parisse again who I have got to play a few times in the past year or so.”

Gloucester’s other inclusion in the 2017 Lions squad is Scottish captain Greig Laidlaw – who replaced Ben Youngs after the Englishman withdrew from The Tour last weekend.

The scrum-half is named among the replacements and could go toe-to-toe with Wallaby Will Genia – who played all three tests for Australia when The Lions won the series 2-1 in 2013 – when he makes his bow from the bench.

Laidlaw’s lethal accuracy from the tee could prove vital tomorrow night as Gloucester take on a Stade side that overcame West Country rivals Bath courtesy of a Jules Plisson drop-goal in the semi-finals.

The Scot could be playing for the Cherry & Whites for the final time before his summer move to Clermont Auvergne and he will want to bow out on a high.

And on his return to BT Murrayfield for the first time since Scotland’s win over Ireland in February, Laidlaw knows that winning a European trophy with his club will be the perfect end to a topsy turvy season for the scrum-half.


“The last time out at BT Murrayfield was clearly good from a Scottish perspective (27-21 win v Ireland) and we want that to be the same result in a Gloucester jumper tomorrow night,” said Laidlaw.

“It has been a season of ups and downs I guess, I got injured then I came back and now I have been selected for The Lions squad which is a great upside,” said Laidlaw.

“Gloucester have been victorious in both their previous final appearances, in 2006 and 2015, while the French side are yet to lift the trophy but have been runners-up twice.

“It has been a busy week but if we can win tomorrow then it will certainly be a better week and we are all focused on winning the game.”