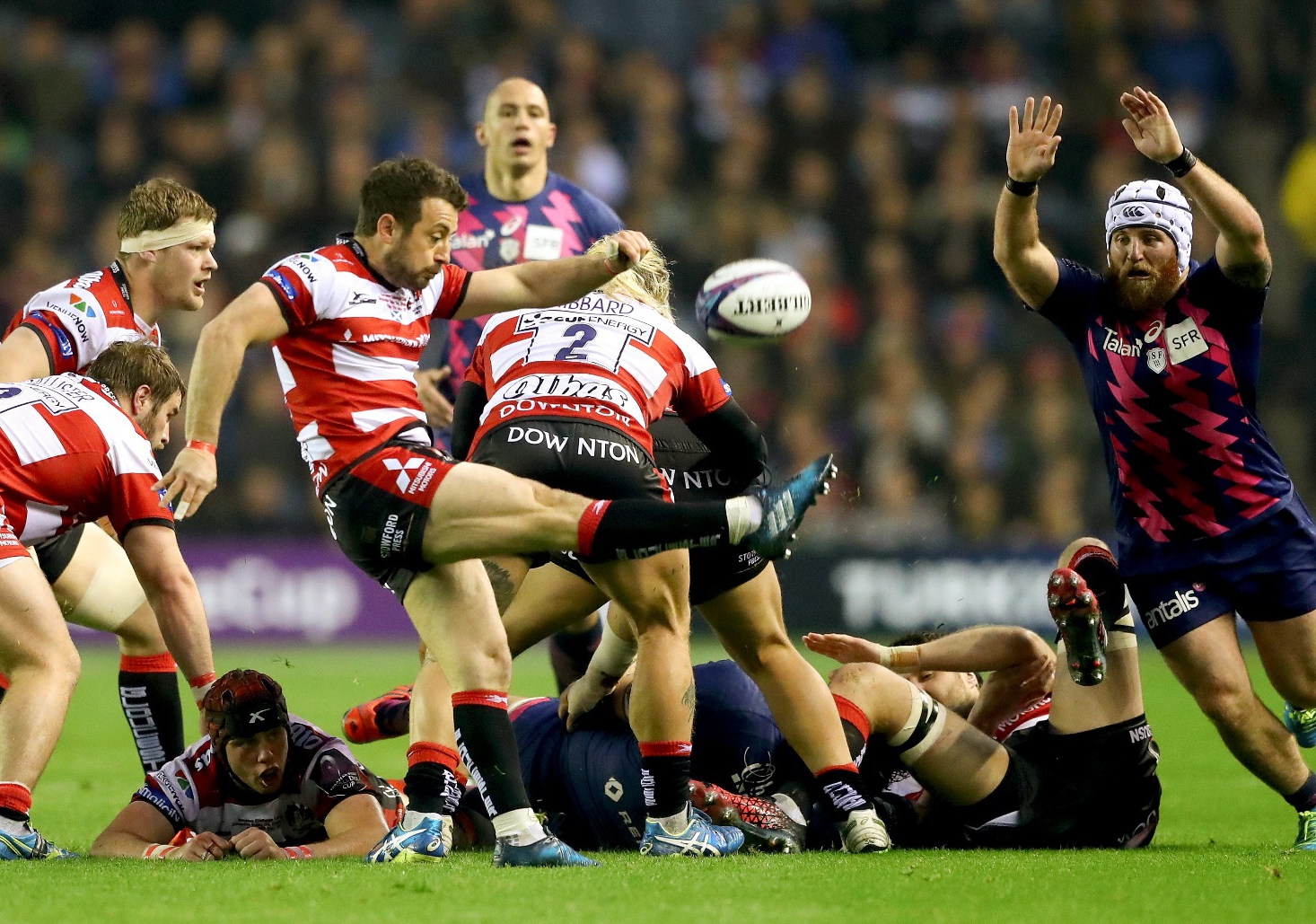 Moriarty started for the Cherry and Whites, scoring a late consolation try on a disappointing night for his side against a powerful French outfit.

Laidlaw was bowing out as a Gloucester player before his move to Clermont next season and was met with a rapturous applause upon his appearance in the second half at BT Murrayfield.

MORIARTY SHINES DESPITE LOSS
It was a huge effort by the 23-year-old Welsh international in difficult conditions against a bruising Stade side.

But the flanker was still able to show off exactly why he’s on the plane to New Zealand, collecting well from line-outs and producing huge tackles to thwart the rampaging Stade attack.

TRY! Moriarty is over. Burns converts.

His night did round off on a high note with a late try to give Gloucester some consolation as he powered over the line.

LAIDLAW BOWS OUT AT GLOUCESTER

It was an emotional night for the Scotsman as he played on familiar ground. He came on just after half-time to replace captain Will Heinz.

And just days after receiving a late call-up to the Lions squad, Laidlaw was proving his worth almost immediately.

A fabulous kick was almost picked up by Tom Marshall in what was a rare attack for the English side.
The 31-year-old then produced some neat passing that helped set up Lions teammate Moriarty to go over the line for a late try.

After the match, Laidlaw said: “It was a frustrating night. We could not get any territory or field in the match. I’ve really enjoyed my time at Gloucester and it’s a shame we couldn’t get the win.”