All six of Saracens' British & Irish Lions will start on Saturday in their European Champions Cup final clash with ASM Clermont Auvergne. [more] 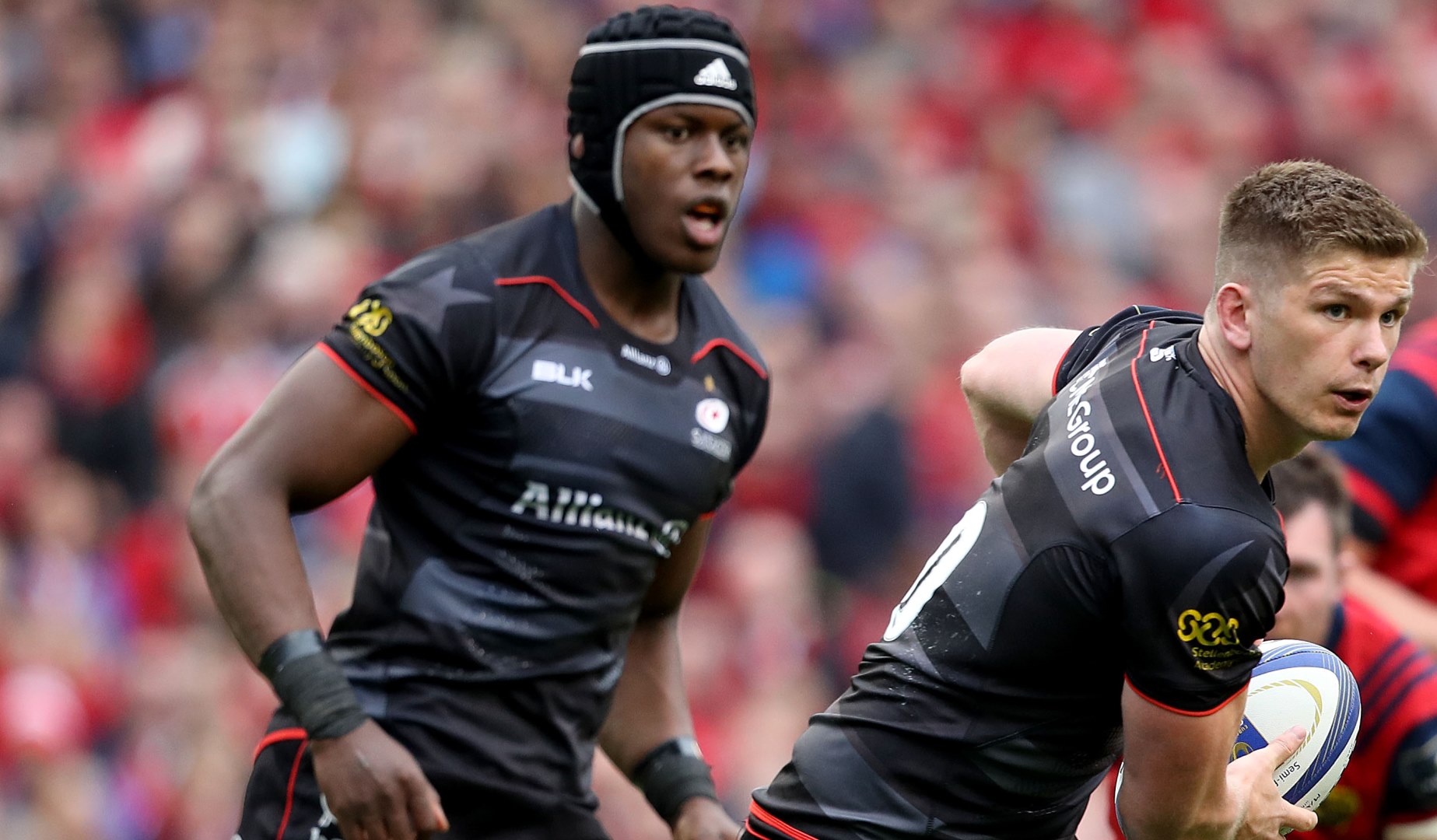 All six of Saracens’ British & Irish Lions will start on Saturday in their European Champions Cup final clash with ASM Clermont Auvergne.

Mark McCall’s side are looking to become only the second English team to win Europe’s top trophy in successive seasons.

Their opponents on Saturday at BT Murrayfield are the nearly-men of Europe, having lost twice in the final in the last four years.

But if the French side are to finally break the curse, they will have to do it the hard way against a Sarries side looking to complete a double-double of domestic and European titles.

LIONS ON THE PROWL

Five of Sarries six Lions for the 2017 Tour to New Zealand are in the forward pack .

Up front Mako Vunipola and Jamie George are both given the nod to start in what has been a stellar season for the duo.

Loosehead Vunipola returned from a knee injury in the New Year to appear in three of England’s RBS 6 Nations games as they claimed back-to-back crowns.

And the 26-year-old – who appeared in all three Tests for the Lions back in 2013 – is hitting his best form at just the right time.


Alongside him at hooker is England’s Jamie George – who will be going on his first Lions Tour this summer to New Zealand.

It is a mark of George’s brilliance this season that the stellar Schalk Brits has to settle for a place on the bench in Sarries biggest game of the season.

Behind them in the second row sees George Kruis and Maro Itoje paired up yet again.

At the age of only 22, Itoje is looking to claim a second European crown to go with his two RBS 6 Nations titles – he was also man of the match in last year’s final win over Racing 92.

And it his partnership with Kruis in the boiler room that has formed the backbone for much of England’s and Sarries’ success over the last two years.

Both have shaken off injuries this season – Itoje missed the autumn internationals while Kruis missed the RBS 6 Nations – and are firing fit for the final.

And Gatland will be a keen observer as he weighs up potential lock pairings on Tour for the Lions when they arrive in New Zealand in less than three weeks’ time.

Rounding out the Lions in the Sarries pack is No 8 Billy Vunipola.

The England star is the driving force in Sarries’ power game up front, and his tireless work around the park will be key to their title hopes.

In the backline Sarries’ sixth Lion is Owen Farrell who lines up at fly-half for McCall’s men.

He has worn 12 predominantly for England in the last two seasons but he is given the keys to No 10 for his club side and Gatland will be weighing up where best to utilise the 25-year-old in New Zealand, so this final could go some way to making his mind up.

WHAT THEY ARE SAYING

Saracens and Lions No 8 Billy Vunipola:

“Clermont have got a massive attacking threat, especially in the first half of matches, however, I don’t think it’s about nullifying that threat, it’s more about playing to our own strengths,” he told the Saracens website.

“It’s about playing in the right areas, which is something that we probably didn’t do very well against Munster and also not compounding errors. If we can avoid that then we’re going to get good territory then hopefully we can strike and get the scoreboard ticking over.”

“Obviously, they want to win the cup, they’ve been close a few times but not quite done it. They’re a big, physical team with a strong set-piece and a deadly attack as well.

“It’s going to be a tough game but one we’re looking forward to.”

Saracens are yet to concede a try in the first half in Europe this season, while no side has scored more in the opening period than Clermont’s 16 tries.

These two sides met in the semi-finals in both 2014 and 2015 – Sarries winning 46-6 in the former before the French side got their revenge in the latter with a narrow 13-9 victory.

David Strettle lines up on the wing for Clermont to take on his former club.

The 33-year-old – who won 14 caps for England – moved to France from Saracens two years ago and will wear No 14 on Saturday.

On the other wing for the French side is another familiar face in Nick Abendanon, formerly of Bath and England – who was the 2015 European player of the year.