All six British & Irish Lions had a huge part to play as Saracens' record-breaking run continued in the European Champions Cup. [more] 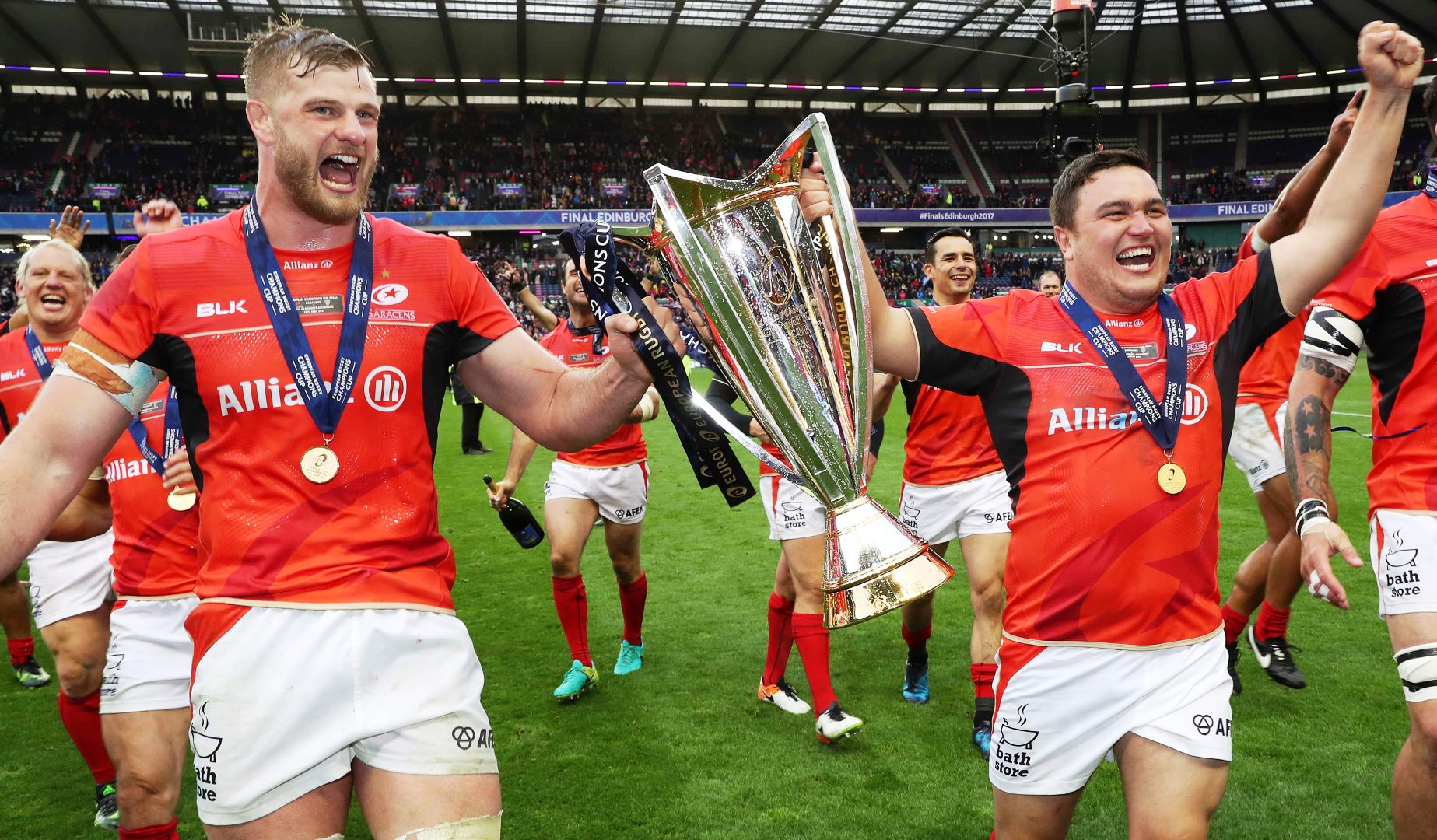 All six British & Irish Lions had a huge part to play as Saracens’ record-breaking run continued in the European Champions Cup.

Mark McCall’s side claimed the trophy for the second year running thanks to a 28-17 victory over ASM Clermont Auvergne, joining the likes of Leinster, Leicester Tigers and Toulon to retain the title.

Owen Farrell, Jamie George, George Kruis, Maro Itoje, and the Vunipola brothers were all involved from the start, as Sarries notched up their 18th straight win in the competition – beating Leinster’s run of 17 matches.

Billy Vunipola demonstrated his effectiveness under the high ball in the early stages, while brother Mako came out on top of his initial skirmishes with opposite number Davit Zirakashvili, and Farrell looked to pin back Clermont with several dangerous kicks in behind the defence.

Chris Ashton broke the deadlock, but on 22 minutes Kruis came to the fore, charging onto Wigglesworth’s offload and breaking two Clermont tackles to score under the posts.

Farrell also showed off his power on 33 minutes, making a monster hit on Remi Lamerat to strip the big centre of the ball.

But it was in the second period where the Lions really showed their value as the Top 14 side looked to come back, with Billy and Mako Vunipola making 20 and 16 carries respectively, as well as combining for 21 tackles without missing one.

Farrell kept the scoreboard ticking with three penalties, and his brilliantly struck 74th-minute conversion from the touchline after Alex Goode’s decisive try killed the game off, with Clermont then needing two scores.

Saracens can surely now stake a claim to be one of Europe’s greatest ever sides, and to put the icing on the cake, Farrell was named European Player of the Year after the final whistle.

The versatile back, wearing No 10 on the day, was awarded the Anthony Foley memorial trophy for his exploits at Europe’s top table this term – taking on the title won by Itoje last term.

Congratulations to @owen_faz who has just been named EPCR European Player of the year!!! pic.twitter.com/Rrc04X18mj

Owen Farrell: “It was a brilliant performance from the boys. We knew they would be tough but we prepared well this week and faced the challenge superbly.

“This is a huge result, to win it again and retain the trophy is a massive achievement. They are a big side but we played as a team all over the pitch.

“We were in the game at all times, and that is what made the difference – it was a great display.”

Maro Itoje: “The first time was crazy and second one is surreal – it doesn’t feel like reality.

“We had to show a lot of character and fight and had to battle to get the win. They are a pretty big side but we showed what we are all about.

“I am absolutely chuffed and it is great to retain this title.”