Owen Farrell's dream season continued on Saturday as he became the first recipient of the Anthony Foley Memorial Trophy, after being named the EPCR European Player of the Year. [more] 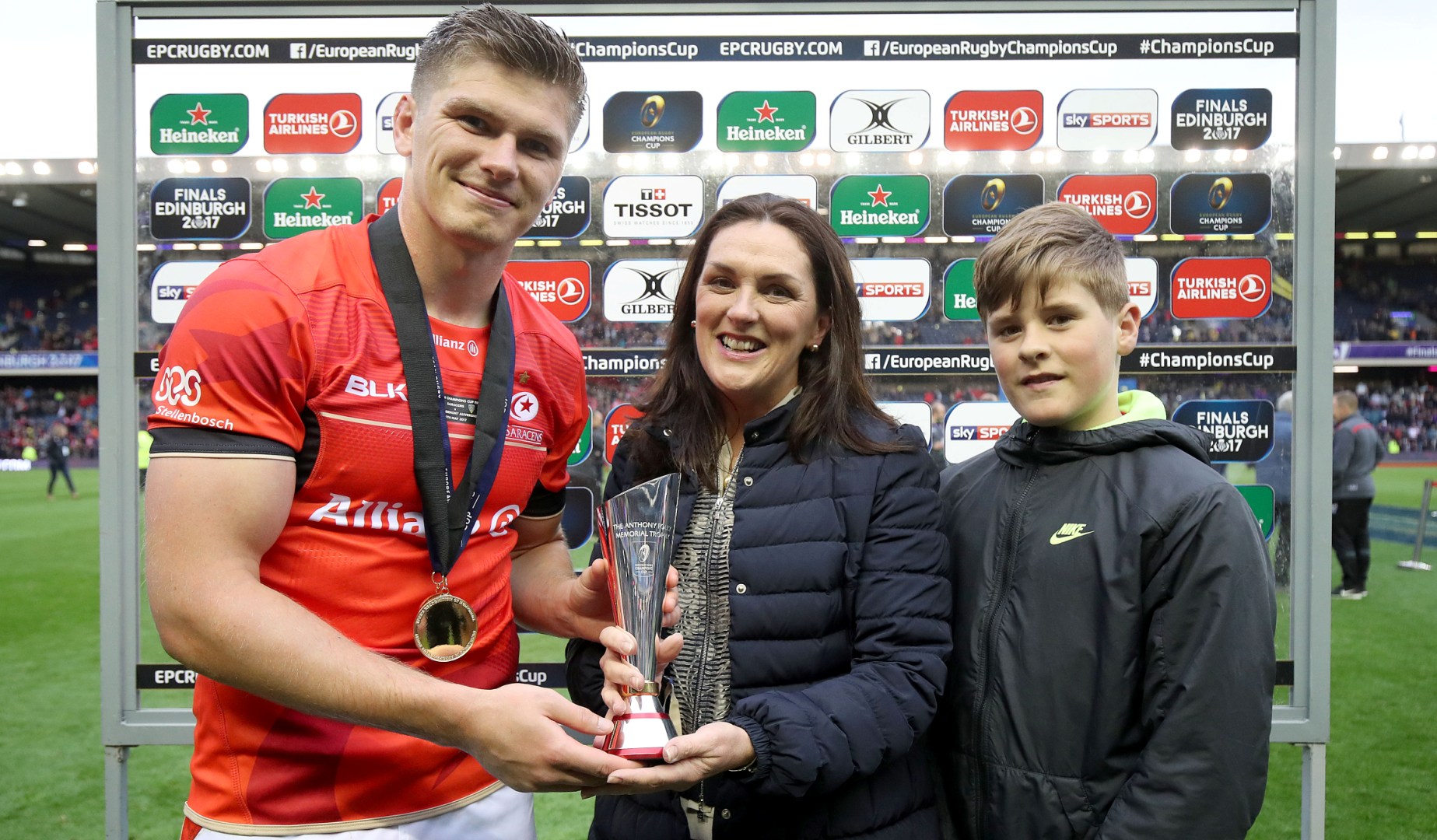 Owen Farrell’s dream season continued on Saturday as he became the first recipient of the Anthony Foley Memorial Trophy, after being named the EPCR European Player of the Year.

Having been included in Head Coach Warren Gatland’s squad for a second British & Irish Lions Tour this summer, Farrell booted 13 points to lead Saracens to a 28-17 victory over Clermont Auvergne in the Champions Cup final in Edinburgh.

It meant Sarries defended their European title, and with fly-half Farrell integral to their campaign, the 25-year-old saw off team-mate Maro Itoje (last year’s winner), Clermont’s Camille Lopez, Leinster’s Garry Ringrose and Munster’s CJ Stander to emerge as European Player of the Year.

The EPCR commissioned a trophy to honour his contribution to European rugby and Farrell – who was part of the Lions Tour to Australia in 2013 – was presented with the award by Foley’s widow Olive and son Tony.

Congratulations to @owen_faz who has just been named EPCR European Player of the year!!! pic.twitter.com/Rrc04X18mj

“He was a great player and a great leader as well as a galvanising force in Munster’s European odyssey.

“I would like to thank the Foley family and Munster Rugby for allowing us to create this trophy for now and for the future.”