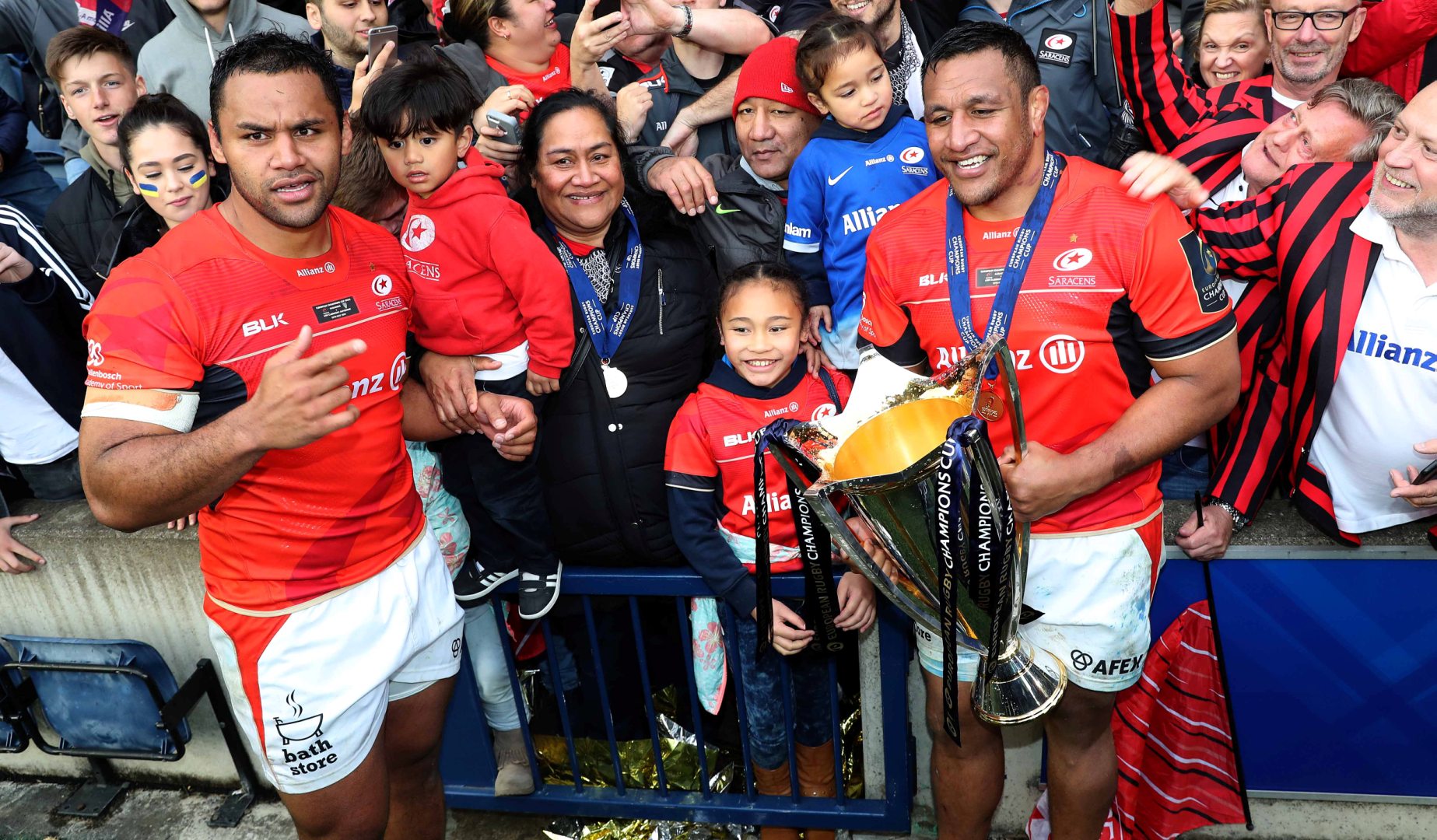 All six British & Irish Lions shone for Saracens on Saturday as they claimed a second consecutive European Champions Cup crown.

24 hours earlier in the Scottish capital, Gloucester slipped to defeat against Stade Francais in the Challenge Cup final but Ross Moriarty and Greig Laidlaw both impressed.

And here we look at the numbers behind the finals on a stunning European weekend.

Billy and Mako Vunipola are more than making up for lost time at the end of the season with a string of stunning showings for Saracens as they battle on two fronts.

Injuries over Christmas hampered their involvement in this year’s RBS 6 Nations for England, but against Clermont on Saturday they were unstoppable.

The man of the match award went to No 8 Billy but up front loosehead Mako was equally tireless.

The duo combined for 37 carries, 21 of them belonging to Billy, and 22 tackles – 13 of which belonged to Mako – to spearhead Sarries' victory.

In addition Billy beat eight defenders and made 78m – more than any other player in his side – and neither of the brothers missed a tackle all game.

How Lions Head Coach Warren Gatland will be looking forward to unleashing the siblings in New Zealand next month.

Owen Farrell's dream season continued on Saturday as he became the first recipient of the Anthony Foley Memorial Trophy, after being named the EPCR European Player of the Year.


Farrell kicked 13 points in the 28-17 victory over their Top 14 opponents, taking his total for the Champions Cup this season to a tournament high 126.

He also took over captaincy duties when Brad Barritt went off in the second period and it is that all-round expertise and experience that could prove vital in New Zealand on his second Lions Tour.

The fly-half – equally capable at inside centre – has only lost one game that he has started for club and country since January 2016.

Hooker Jamie George made an impressive eight carries, nine tackles and managed a clean break in his 50 minutes on the field on Saturday afternoon.

But it was his lineout brilliance in combination with fellow Lions Maro Itoje and George Kruis that really impressed.

The hooker was an impressive 11 from 11 at the lineout as the Sarries set-piece held firm against the Top 14 powerhouses.

Throw in a rare try for Kruis, a couple of chargedowns and Itoje’s 11 tackles and the trio are clearly peaking at just the right time for the Lions Tour.

Moriarty scored a late try for Gloucester on Friday night in Edinburgh, but it was not enough in the end as Stade Francais claimed the Challenge Cup crown.

Moriarty’s club season is now at an end and he has already linked up with the Lions in the Vale of Glamorgan this week for the first training camp.

What better #MondayMotivation than seeing the Lions training for the first time….#AllForOne pic.twitter.com/ThD7ozanXR


But he showcased his form on Friday night with 11 carries for 56m, including one clean break and two defenders beaten, as well as seven tackles and the aforementioned try in the narrow loss.

Scotland skipper Laidlaw also showed he is back to full fitness and form when summoned off the bench in the second half for the Cherry & Whites.

The scrum-half made five tackles and seven kicks from hand but the French giants from the capital held on for a 25-17 victory.