Your Club Your Lions: Thornbury RFC 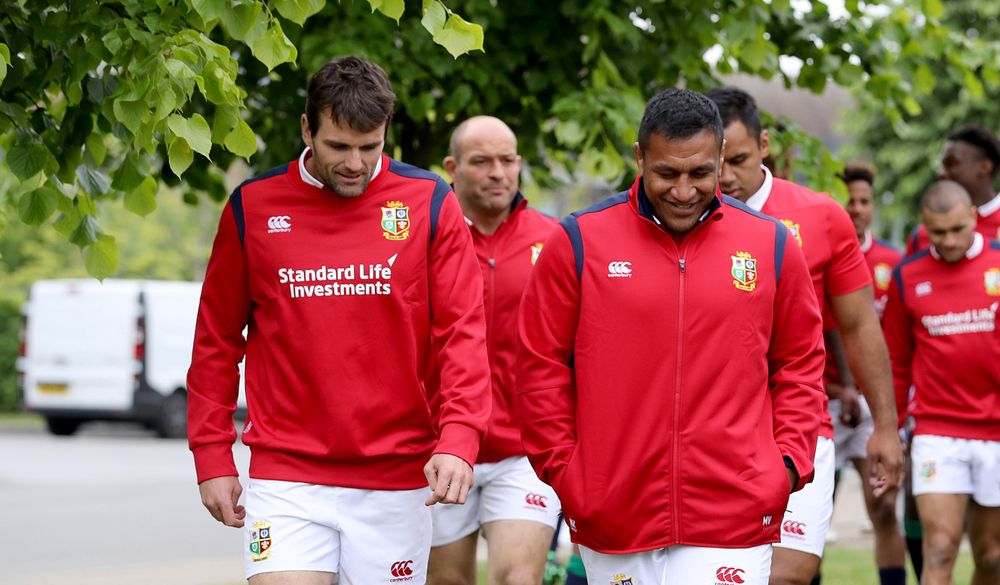 Mako and Billy Vunipola are the first British & Irish Lions to come from Thornbury RFC.

But if their visit at the start of this year to their childhood club is anything to go by, they will not be the last.

The Saracens duo returned to their roots in February to coach the same junior section that they spent three years at in their own childhood.

And club vice chairman Geoff Sprackman – team manager of Mako’s age-group side all those years ago – admits it was a dream come true for the entire club.

“It was massive for the club, it inspired the kids. We had a lot of juniors there that day and they all walked home feeling 12ft tall that day,” said Sprackman.

“It inspires everybody, they all get the feeling that they can go on and do something.

“But also it feels great to know they played at the same club as the Vunipolas – that’s a massive thing.

“The nice thing is that on the visit the boys were still exactly the same.

“They didn’t come down in all their England kit or anything like that, they didn’t show off – they blended in with everyone else and were just two really nice lads.

“They were always like that and it’s just nice to see. They have really inspired the club – it was just fantastic to have them for those three years.”

Now 60, Sprackman has spent a lot of time coaching the Vunipolas, Mako moreso as he was the same age as Sprackman’s own son Ben.

And the class, both on and off the field, of the future England internationals was always clear to see before they left for school scholarships at Millfield (for Mako) and Harrow (for Billy).

“Because I lived nearby, I used to visit the club and watch the rugby and then when my lad Ben got started 20 odd years ago I started to get really involved,” he added. 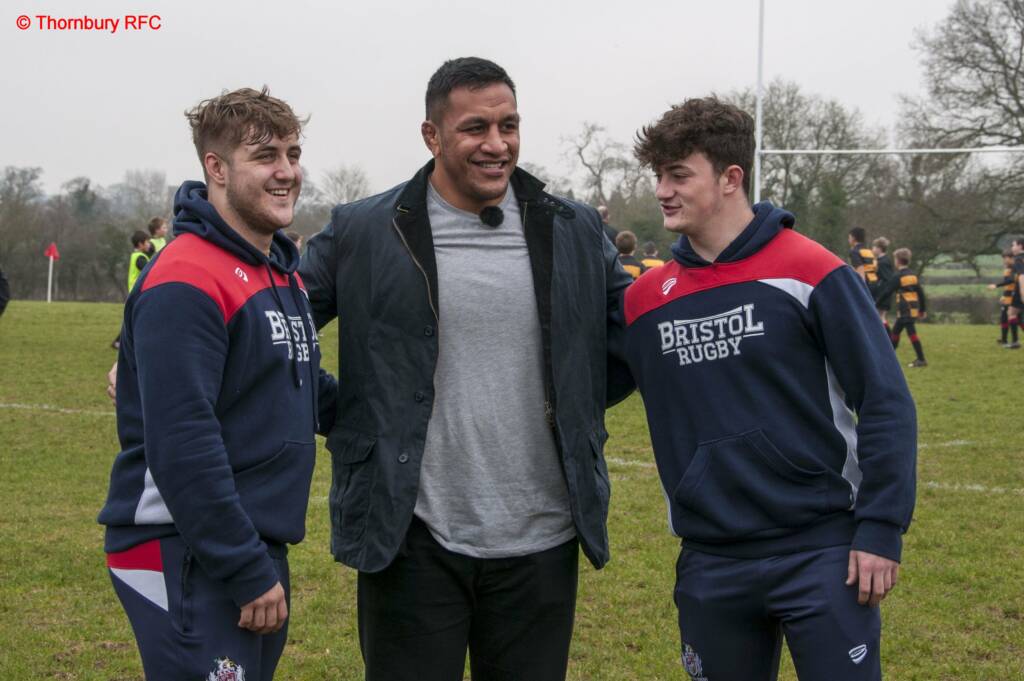 “Ben is the same age as Mako, he played with him for three seasons at went to school with him.

“The funny thing is that Billy and Mako now live in St Albans and so does Ben, so they have bumped into each other a few times.

“Mako and Billy were always bigger than the rest of the guys but they also had a natural ability to play rugby.

“They were gifted and, to be honest, they did stand out from the crowd. Their ball-handling skills were fantastic.

“All the time they lived in Thornbury, I never saw them without a rugby ball in their hands.

“I didn’t have so much to do with Billy because he was two age groups below but I used to pick up Mako and drive him to games.

“It’s a funny feeling when you watch the guys playing for England, I went to Twickenham this year in the RBS 6 Nations, and to see them out on the pitch was just amazing.

“You can’t believe that they were once at your club – it’s humbling and it’s lovely.” 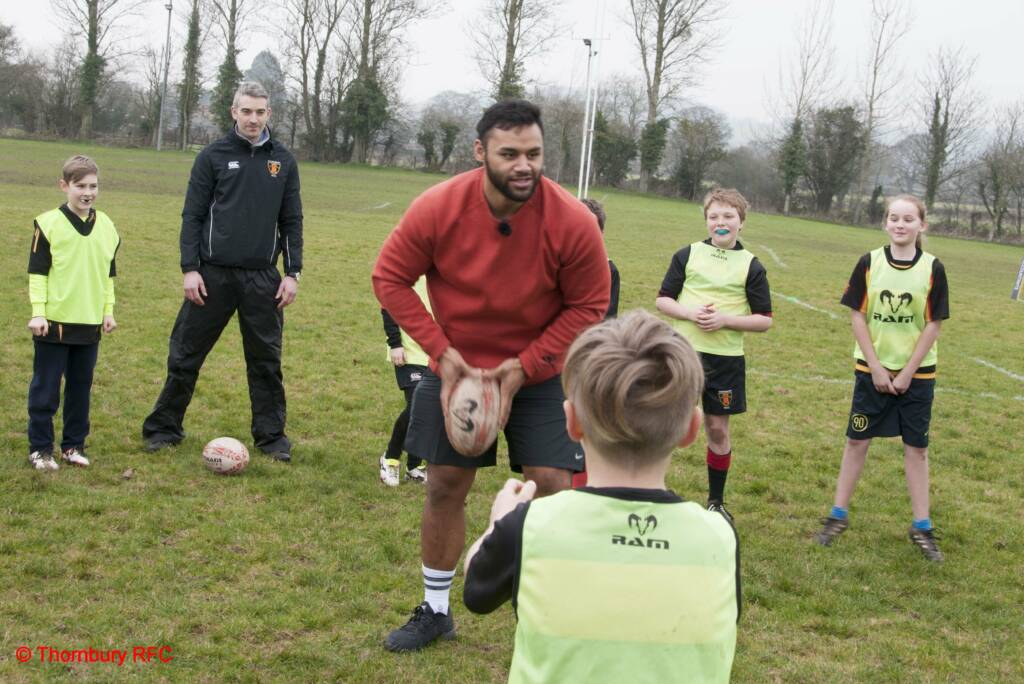 Founded in 1963, Thornbury currently ply their trade in the Tribute South West 1 West division – finishing the current campaign in sixth.

Rhys Oakley was the first full international from Thornbury RFC. He played for Thornbury before joining Bristol and subsequently being capped twice for Wales in 2003.

Former Connacht and Ireland squad centre Darren Yapp also came through here but there is no doubting the real heroes at Thornbury – this summer more than any other.

Club chairman Michael Tinney said: “The club is anticipating an amazing campaign for the Lions team in New Zealand this summer and we have an enthusiastic membership lined up to witness the best British and Irish squad in a generation to match the southern hemisphere and have within it some “Thornbury boys” to ensure we have a tournament to treasure. We’re behind the Lions all the way.” 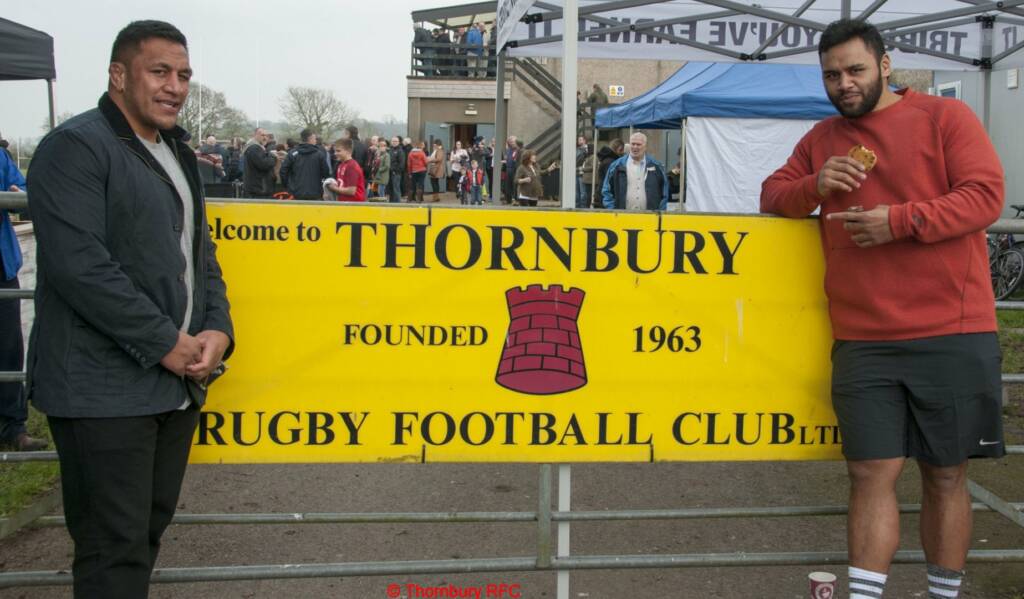 And Sprackman has his fingers crossed there might be one more bit of memorabilia for the clubhouse.

“We have the club open for all internationals, even Saracens games, and the Lions games will be up on the screen there is no doubt about that,” he added.

“We have got shirts and plaques up on the wall – and hopefully the brothers can bring us back a winning Lions shirt – that would be fantastic.”