LionsWatch: Munster trio on fire while Halfpenny stars for Toulon

With The British & Irish Lions Tour to New Zealand less than two weeks away, Warren Gatland's men have just a handful of games in which to prove they deserve to start the opening Test match. [more] 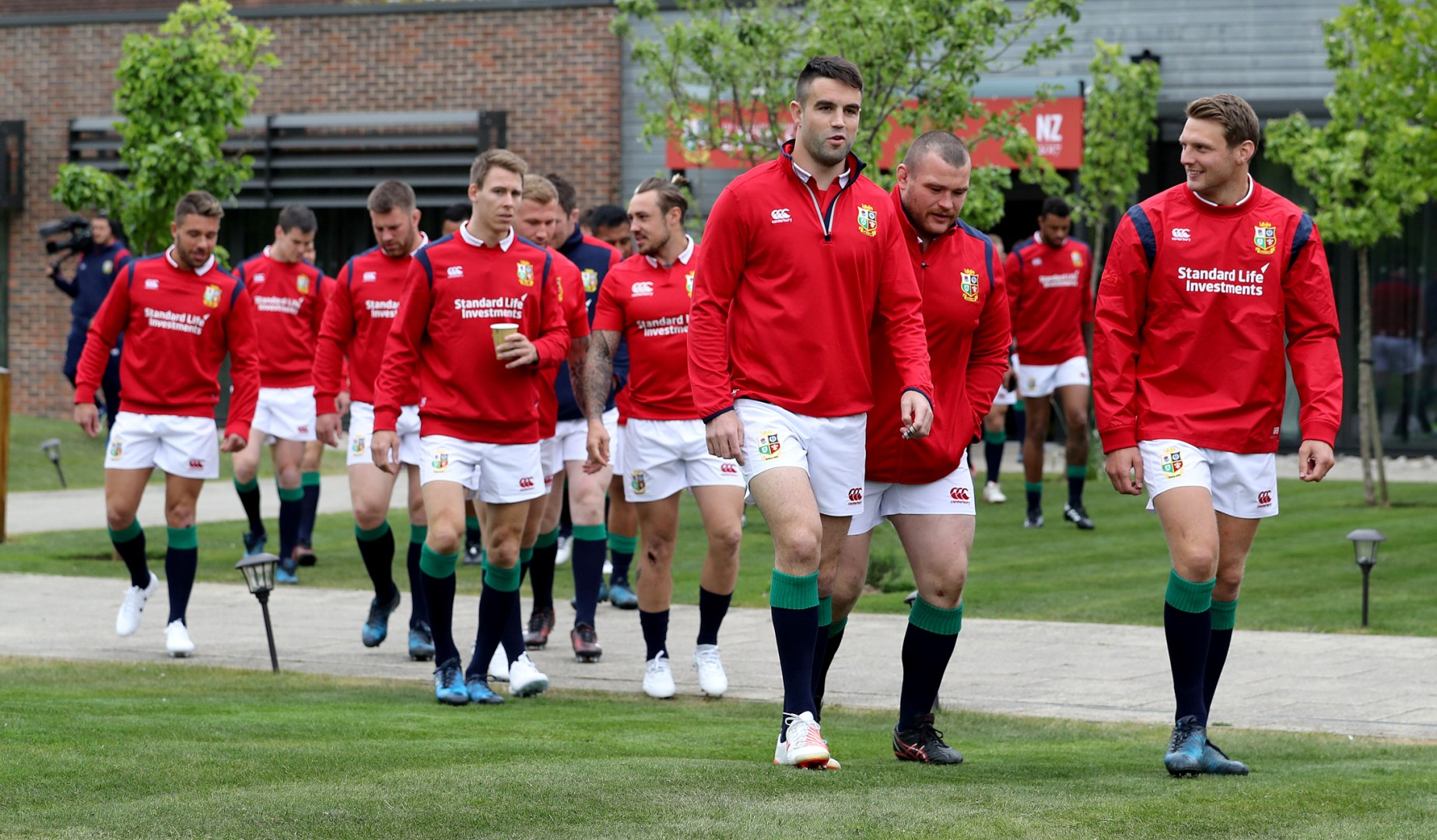 With The British & Irish Lions Tour to New Zealand less than two weeks away, Warren Gatland’s men have just a handful of games in which to prove they deserve to start the opening Test match.

And with domestic titles on the line this month, now is the perfect time to make a point.

That is exactly what several Lions stars did this weekend, as Exeter Chiefs, Wasps, Munster and Leinster all booked final spots.

Munster’s three Lions are eyeing success as they booked a Pro12 final against Scarlets with victory over Ospreys.

Lions pair Peter O’Mahony and CJ Stander were supreme in defence, making 19 tackles each – while scrum half Conor Murray was dangerous with ball-in-hand throughout.

Another great day in Thomond Park with the brothers! Excited for a big week ahead! #SUAF @… https://t.co/xSCBcKPqcc


Lions fly half Dan Biggar kicked Ospreys into the lead, but Munster asserted their superiority quickly with Francis Saili, Simon Zebo and Andrew Conway each crossing.

Alun Wyn Jones and Justin Tipuric also impressed at Thomond Park, but Munster, with their trio of Lions, were too strong in the end.

Jack Nowell is undoubtedly one of the in-form wingers in the Aviva Premiership and he scored a vital try as Exeter Chiefs banished painful memories against Saracens with a nail-biting win.

The Chiefs, who lost to the European champions in last year’s final, looked set to miss out again in their semi-final clash at Sandy Park.

What a game, congrats @Saracens on a brilliant season. what victory, well done @ExeterChiefs good luck next week pic.twitter.com/Bei16FQiGf


Exeter’s chances of success are boosted by the superb form of Nowell, who shrugged off a couple of tackles and dived over in the corner.

Nowell beat four defenders with 12 carries and made 53 metres, as he and his teammates denied Saracens’ six Lions further glory.

But the European champions will have to wait for another domestic crown.

DALY OUT TO DEFY CHIEFS

The other Premiership semi-final was as thrilling as the first, as Wasps scored late to down Leicester Tigers 21-20 – with Josh Bassett crossing at the death.

Daly is part of Wasps’ fearsome backline, and the Lion is a key figure with both the boot and his ability to score tries from anywhere.

Kurtley Beale and Jimmy Gopperth both scored for Wasps, but Leicester led late on through scores from Peter Betham and Telusa Veainu.

Leigh Halfpenny is one of just two British & Irish Lions players embarking on his third straight Tour this summer and the full back looks up for the challenge after an inspiring display for Toulon in the Top 14.


The Welshman almost single-handily carried his side into the final, scoring 21 points in a 26-22 win against Castres, as well as making 45 metres on six runs.

Halfpenny has forged a reputation for being one of the deadliest kickers in the game, and he was pivotal as the Lions overcame Australia 2-1 four years ago.

Against Castres, he successfully landed four penalties, two conversions and scored a vital try – sent over in the corner by centre Ma’a Nonu.

Toulon now face La Rochelle in the semi-final on the eve of the Lions Tour.