Joe Marler dishes on life in camp with the Lions

In a wide-ranging interview, Joe Marler reveals all about life in camp with the Lions on his first Tour. [more] 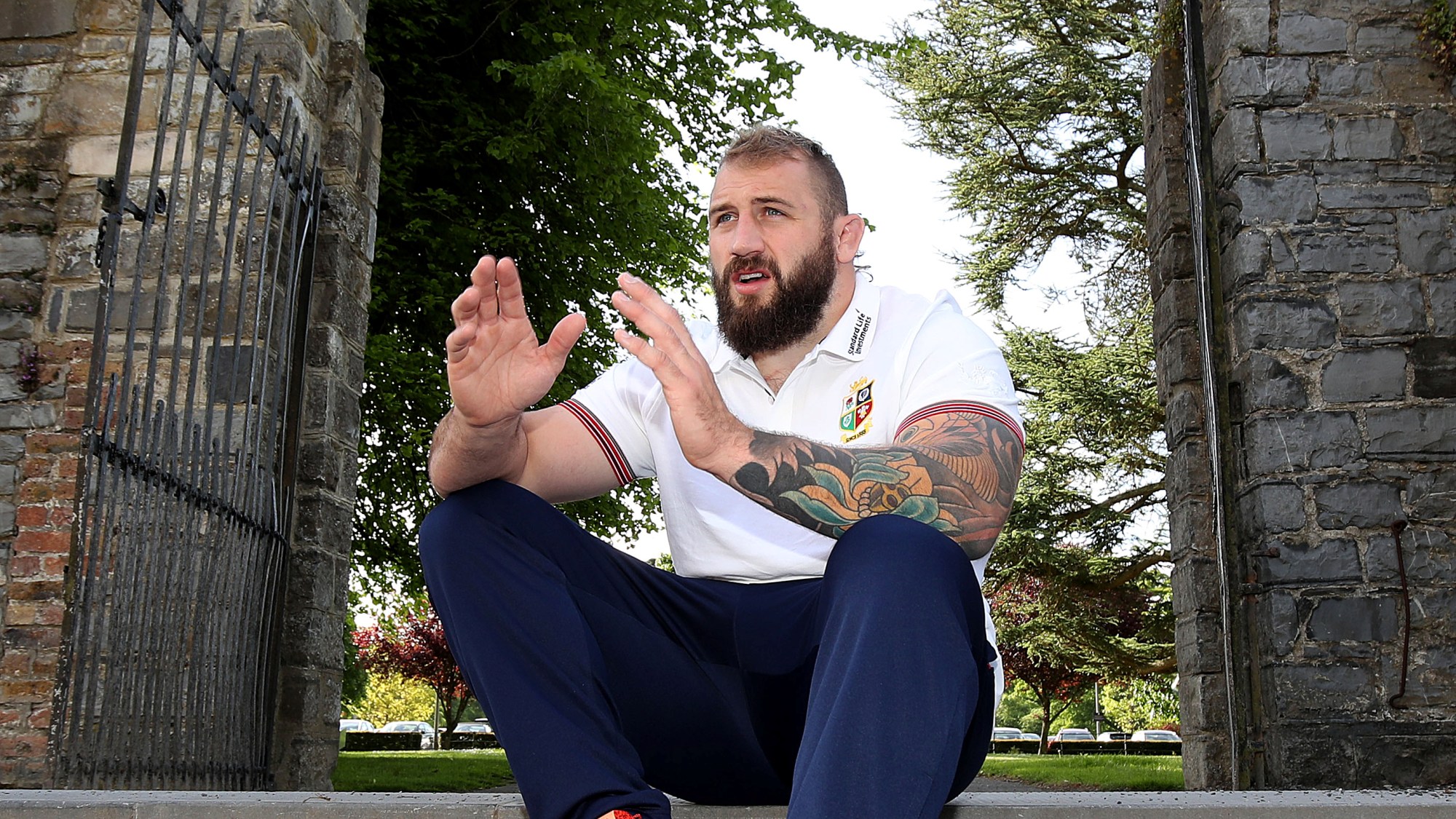 Find out why the England prop set his roommate Taulupe Faletau a questionnaire, why time travel is simply not possible and what singing can teach us about battles out on the rugby pitch.

Q. Hi there Joe, are you guys who have been in camp from the first week helping the new arrivals at Carton House this week to get up to speed?

A. A little bit, we did a bit of the team stuff last week with the calls so we have helped the new guys there. But the boys that have come in are high-quality players and they have picked it up pretty quickly.

Q. How are you getting to know all your teammates?

A. It’s important to get those working relationships going, and the best way to do that is to get to know each a bit more off the field – including your roommates.

Q. Who are you rooming with this week?

A. Taulupe Faletau,I didn’t know much about him before. I obviously was in camp with him last week but I have learned my lesson now. Last week I was rooming with Jared Payne, he was a great roomie, relatively quiet and kept himself to himself but I thought I really missed out on an opportunity to get to know him a bit more. So this week I came up with a questionnaire.

Q. What was in the questionnaire?

A. These are some of the questions I asked: Full name? Nickname?  Star sign? Snorer? Early dog or night owl? I’m not sure if dog is the right animal for someone who goes to bed early but I went with it anyway, if someone has a better idea then let me know. Then it was questions like do you have kids? Pets? Probably best if I don’t tell you what the last couple of questions were though…

Q. So from that questionnaire did you find some common ground?

A. Yeah of course, I found out that Taulupe has a partner and has got an eight-month old kid. It’s just about breaking the ice and getting to know each other. If you are living on top of each other you have got to be comfortable, you just need to go with it. 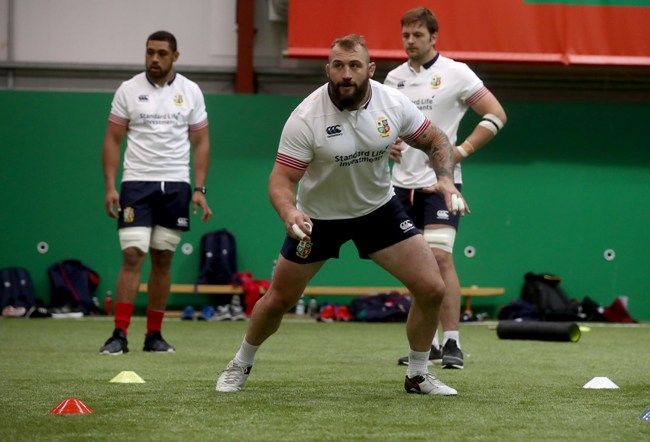 Q. Speaking of breaking the ice, how is the singing in the choir going?

A. The singing is good, the practice is going really and we are trying to get all the other boys up to speed with it. I can’t tell you much more than that, it’s top secret. We are taking it very seriously and the big reveal will happen in Waitangi.

Q. Are you a good singer?

A. I mean, I hear good songs and stuff coming out of my mouth. I am committed, but I would not say I am tone or pitch-perfect. They always say it’s about taking part – it’s not – we all know it’s about winning. But when it comes to singing it is about committing to it and giving your all, and if you don’t then I don’t want you there. I want people there who want to be there.

Q. Do those same lessons apply to out on the rugby pitch?

A. I was talking specifically about the singing but I guess you could live by those words and apply them to the field of play as well.

Q. You must be very disappointed about Billy (Vunipola), how big a loss is he from the Tour

A. I’m absolutely gutted for Billy, personally as a bloke I know that he will be really disappointed that he has had to withdraw through injury. He had been managing it (his shoulder injury) but it had got to the point where enough was enough. We have lost a world-class player but these things happen and we have (James) Haskell coming in now who can cover all over the back row. All the best to Billy but you have got move on.

Q. But the Lions are all about strength in depth and this 2017 Tour is no different?

A. We are not shy of quality – that’s for sure. Billy is a big loss as I say, but two guys like Taulupe Faletau and CJ Stander have proved over the last couple of years that they are world-class operators in that position.

Q. How are the squad feeling now?

A. It was a bit scarce or is it sparse last week? I always get those words two confused. Anyway, we got a lot of fitness done, a lot of seven on seven but to have the majority of the squad in now is great. Everyone is in camp and getting on the same page.

Q. You are two weeks away from the first game of the Tour so how much work do you have to cram in before then?

A. There is about two weeks’ work for us to do!

Q. Hahaha yes you’re right, there are only two weeks to go but Warren has said he is trying to get an eight-week pre-season into two weeks

A. That’s physically impossible, you can’t get eight weeks into two weeks. There is no way of doing that.

Q. Doctor Who could if he got into his Tardis?

A. What? No I think you’ll find it’s pronounced ‘TADHG’ Furlong! No but in all seriousness, we have to work extra hard, this is like a pre-season in two weeks. Four different countries coming together to try and take on the back to back world champions – it doesn’t get more pressured or more intense than that and if you don’t know your job in that play or that defence you will let the boys down no matter who you play – mid-week or Test team. Everyone is doing the work and cracking on with it. We are enjoying ourselves at the same time. 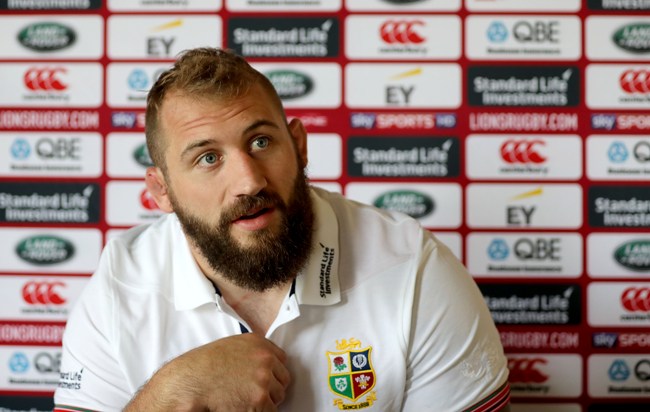 Q. Do you watch much Super Rugby?

A. No not at all, but I am now on the computers doing a bit of preparation so I have had to.

Q. Have you noticed any trends or differences between the hemispheres?

A. A lot of them seem to have Kiwi accents which I found weird!

Q. Anything on the pitch?

A. Well really a lot of the focus and concentration is on ourselves. We are four countries all with different systems. We have to put everything into making sure we come together and then we can touch on what the Kiwi teams can do.