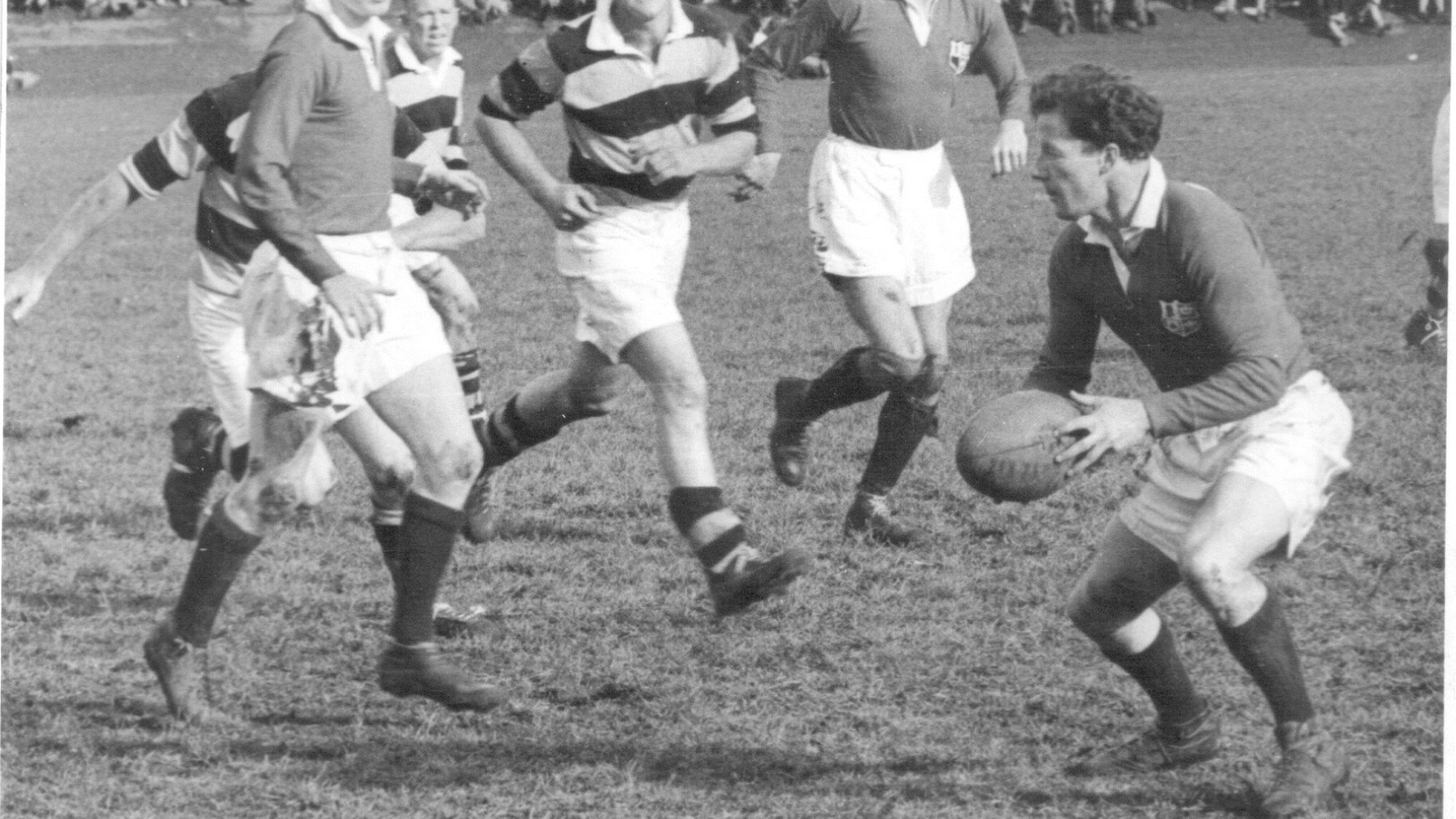 Gone were the navy blue shirts from 1930 (which had meant the All Blacks played in white), and they were replaced by the distinctive red jersey, white shorts, and blue socks with a green turnover – that combination became an institution that has remained untouched.

During the three-month stay in New Zealand, the side played 23 matches including four Tests, with a further visit to Australia still to come.

One thing that remained constant was the close nature of the Lions’ Test series, with all four of the Tests against the All Blacks being incredibly hard fought, none more so than the opening clash at Carisbrook in Dunedin.

The 1950 team was the first to be nicknamed ‘the British Lions’, rather than just ‘the British Isles’ and as well as sporting redesigned jerseys, promised a fresh style of play.

For the first time ever, every single player on the Tour had international experience – three players came from England, five from Scotland, nine from Ireland and 13 from Wales.

Several of the Lions came to New Zealand with bright reputations; Bleddyn Williams and Jackie Matthews were a legendary Welsh midfield combination, while Jackie Kyle, a complete fly half, had already played against the Kiwis.

Winger Ken Jones was fast enough for an Olympic relay silver medal, while Roy John and Peter Kininmonth were exceptional performers at lock.

Malcolm Thomas, Bill McKay, and John Robins were some of the other marquee names in a Lions squad that promised to play an exciting brand of rugby in the land of the long white crowd.

They were led by Irish hooker Karl Mullen, who was upbeat upon the side’s arrival despite the lengthy journey by ship.

He said: “We had a very pleasant crossing, we’re feeling very well, and we’re looking forward very much to the matches.

“I was one of the lucky ones to play against the Kiwis when they came over last time, and I hope we go down as well here in New Zealand as that grand team did in the British Isles.”

From the start, the Lions tried an open and adventurous style of rugby, winning their first three matches comfortably against Nelson-Marlborough-Golden Bay-Motueka, Buller, and West Coast.

But they then lost to Otago and Southland, as they were confronted by the the rugged, rucking style of the New Zealand sides.

Relations between the tourists and the All Blacks were excellent however, with the NZ Rugby Union president Alan St Clair Belcher wishing the Lions the best of luck in the Tests.

“I hope that when the time comes to say goodbye in three months time, that you will be able to look back on this Tour of New Zealand with the most pleasant and happy memories,” he said.

“I wish you all the best of luck on your Tour and I hope it will be most enjoyable.”

Lions Tour manager Leslie B. Osborne responded: “All the boys are well and in good heart; we’ve come here to play good open football as you [New Zealand] do.

“We’re all jolly glad to be here.”

The tourists were popular with the New Zealand fans as a result of their fearless style of play, but no man epitomised those tourists’ popularity more than Kyle.

The Irishman – who led his country to the Five Nations Grand Slam in 1948 – played in 19 tour matches, including all six Tests on that Tour, and afterwards was voted one of the top six players in the world by the NZ Rugby Almanac.

He led the hosts a merry dance at Carisbrook in one of the greatest Test matches the famous tourists ever played.

The Queen’s University man created a try for Ken Jones with an accurate punt that proved too cute for the great All Blacks full-back Bob Scott to deal with, and also put in the long kick that yielded a penalty converted by John Robins.

But it was his own try that stood out – counter-attacking from a poor kick and swerving his way over the line for a truly iconic Lions moment.

The New Zealand Post remembered it thus: “He saw a gap, he slipped through in a twinkle, he veered clear of the rack-like Scott with speed that left the latter seemingly immobile, and when his change of direction put him within Cherrington’s grasp, he combined a sinuous wriggle with such spirited determination that he was able to plant the ball over the line.”

That should have proved the difference between the two sides but Ron Elvidge’s late try sealed a draw for the hosts in the last minute.

The Evening Post in New Zealand remarked: “It is doubtful whether one player will live longer in the memories of those who saw the 1950 Carisbrook Test than Kyle.

“He scored a dazzling try which will always hold a place on Carisbrook’s mythical rugby honours board.”

The Lions performed well in the remaining All Black Tests, although they lost Mullen and McKay to injury and went down in all three.

The team did not lose another non-test in the New Zealand leg of the Tour however.

And after the completion of that epic adventure, the Lions travelled to Australia where they made light work of the Test team.

Lewis Jones scored 16 points – including a 50-yard drop-goal – as Australia were swiftly dispatched 19-6 in the first Test at the Gabba.

The Lions were irresistible in the second Test as well, Jimmy Nelson scoring a try-double in a 24-3 triumph in front of an SCG crowd of 25,000.