The 14th round of Super Rugby is complete and with just a week to go before the start of the British & Irish Lions tour just a week away. [more] 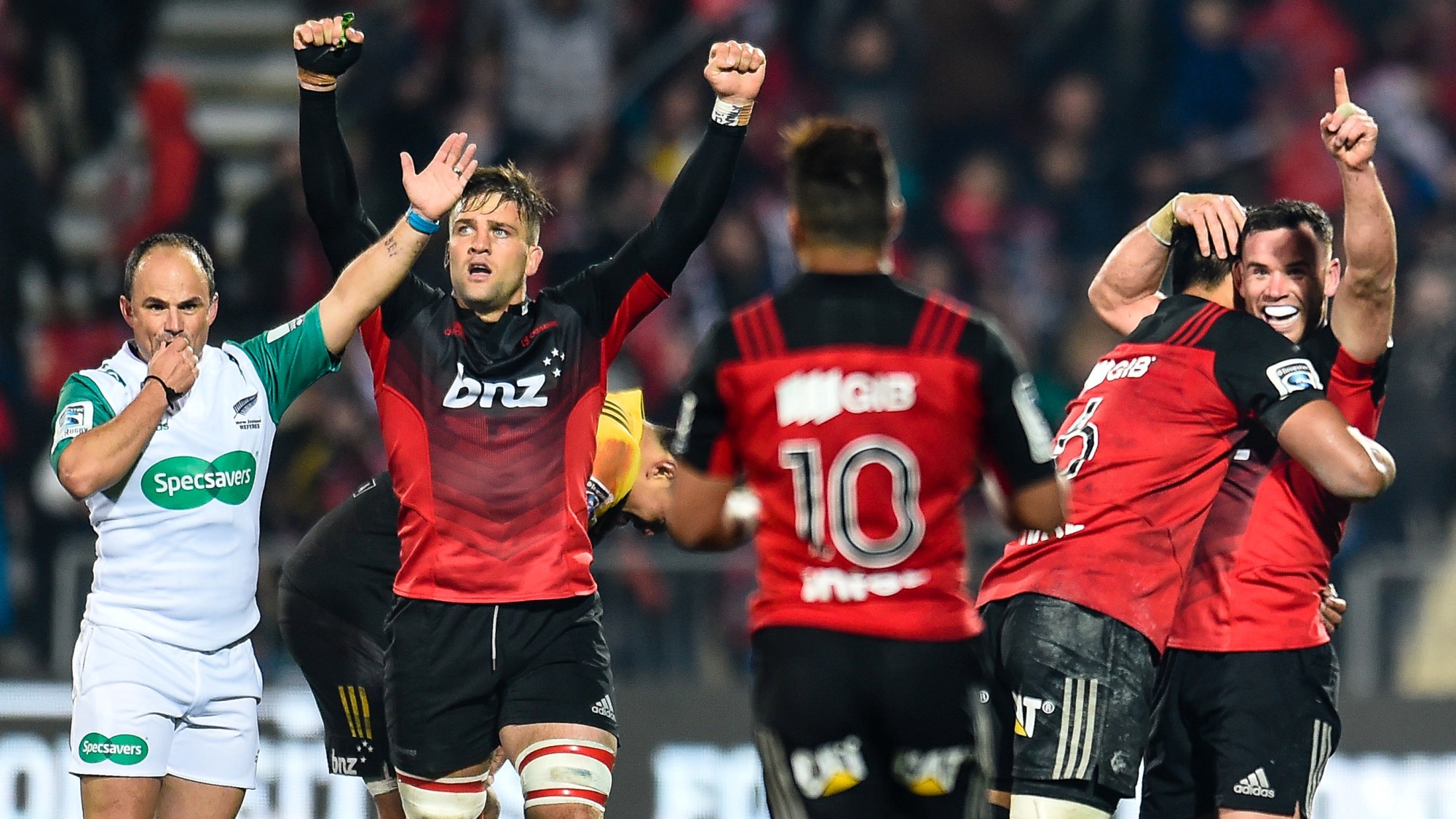 The Lions will come up against all five of New Zealand’s Super Rugby franchises during their ten-match Tour as well as the three-match Test Series against the All Blacks.

Super Rugby Round 14 saw the Crusaders stay unbeaten with an impressive away win against the Rebels, while two Kiwi sides – the Blues and the Chiefs – drew.

Elsewhere, the Hurricanes came out on top against the Bulls and the Highlanders beat the Waratahs.

Christchurch franchise the Crusaders eased to a 41-19 bonus point victory over the Rebels.

The Crusaders victory is their 13th from 13 matches and their highest ever points tally in Melbourne.

Richie Mo’unga scored a penalty and kicked four conversions as the Crusaders took the decision to rest several of their All Black stars.

Chiefs and Blues end all square

The Chiefs and Blues played out a 16-16 draw in wet conditions at Eden Park in Auckland, but the result, essentially, scuppers the Chiefs play-off chances as they are nine points behind the Crusaders.

Piers Francis missed a 73rd-minute penalty that would have given his side the win. Moments earlier, some brilliance from Damian McKenzie saw Johnny Faauli’s try level the scores at 16-all.

Aaron Cruden’s missed conversion was equally costly in the final tally, as the Chiefs’ play-off chances now hang by a thread.

The unbeaten @crusadersrugby are up next in what is shaping as another HUUUGE Southern Derby!#CRUvHIG #HighlandersANDYou

The Highlanders took their unbeaten run to nine matches with a comfortable 44-28 win over the Waratahs in Dunedin.

The victory moves the Highlanders into second place in the New Zealand Conference on points difference ahead of the Chiefs – both on 45 points.

The Waratahs led 14-13 at the break but the Highlanders surged in the second half and outscored the Sydney franchise by four tries to two.

Richard Buckman, Liam Coltman, Tevita Li, Rob Thompson, Daniel Lienert-Brown and Lima Sopoaga all went over for scores while Marty Banks and Sopoaga both added points with their boot.

Hurricanes ease to win in Pretoria

The Hurricanes scored five tries as they cruised to a convincing 34-20 win over the Bulls at Loftus Versfeld in Pretoria.

The game was in the balance at the break at 13-14 thanks to tries from Jordie Barrett and Ngani Laumape.

But the Hurricanes ran away with it in the second half and scored three more tries through Wes Goosen, Mark Abbott and Leni Apisai, as they ran out with a bonus-point victory for their tenth win in twelve matches this season, keeping them in contention for the playoffs.