The British & Irish Lions squad began their journey to New Zealand, boarding a Qantas flight from Heathrow this afternoon. [more] 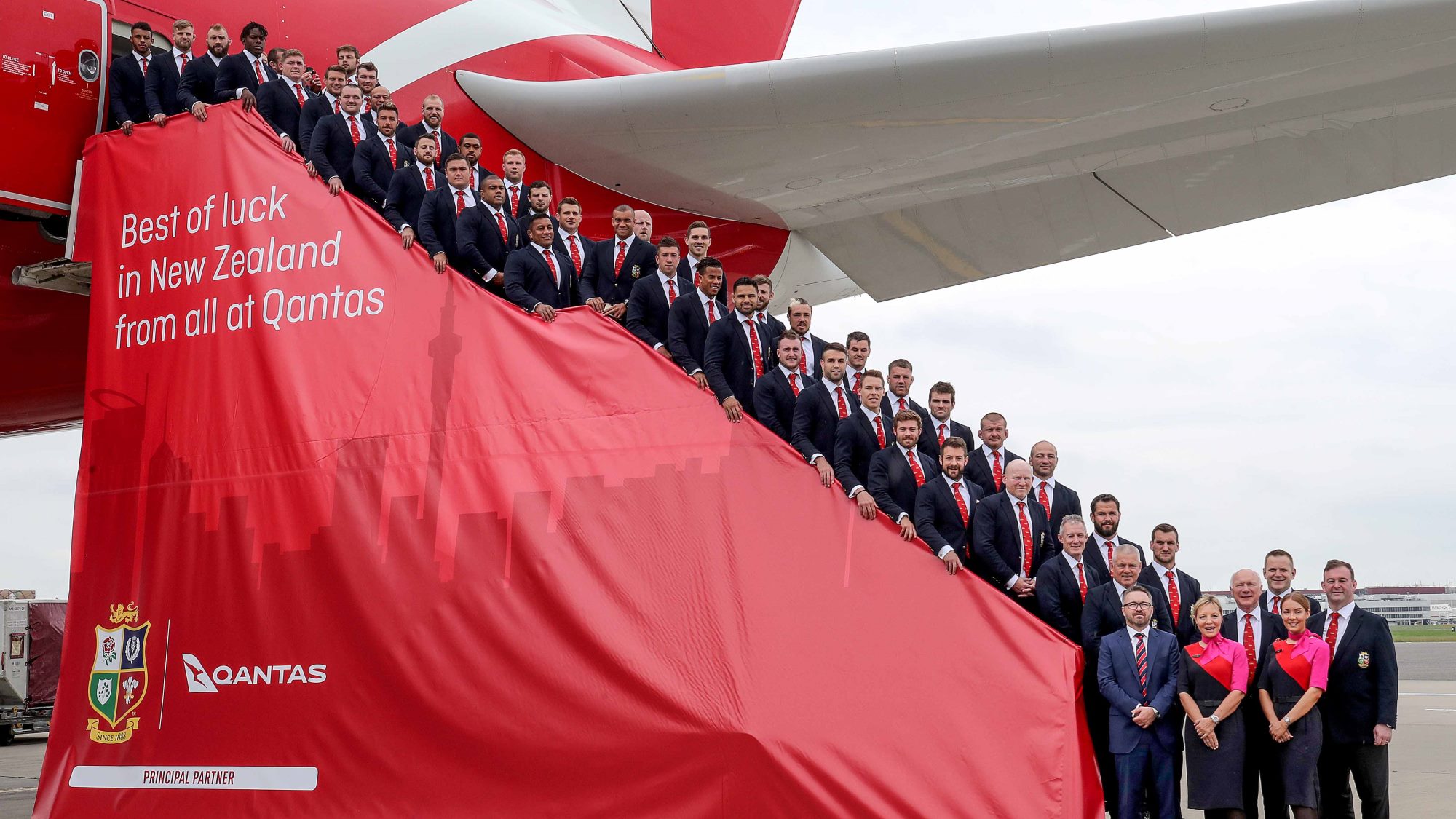 The squad posed for photographs on the steps of the plane this morning with all 41 players and the support and management teams departing on the same flight.

The team met in London for a special farewell dinner on Sunday evening at the Roundhouse. After speaking to media on the red carpet beforehand, they attended a gala event featuring musical performances and a special video commemorating the history of the Lions and recognising the 807 players to have previously worn the jersey.

The evening concluded with a special performance from the team, who sang two songs for the crowd before departing to rousing applause.

And on Monday morning the squad travelled to Heathrow to catch their Qantas flight to New Zealand where they will play ten matches in all, culminating in a three-Test series.

The first match will take place on Saturday in Whangerei as the Lions take on the New Zealand Provincial Barbarians.

News
Previous story Dream comes true for Haskell as he links up with Lions
Next story The Lions Depart: The Best of Social Media!