The Lions Depart: The Best of Social Media!

The British & Irish Lions Tour now is upon us with the squad, coaches and support team enjoying a farewell dinner on Sunday evening before flying out on Monday. [more] 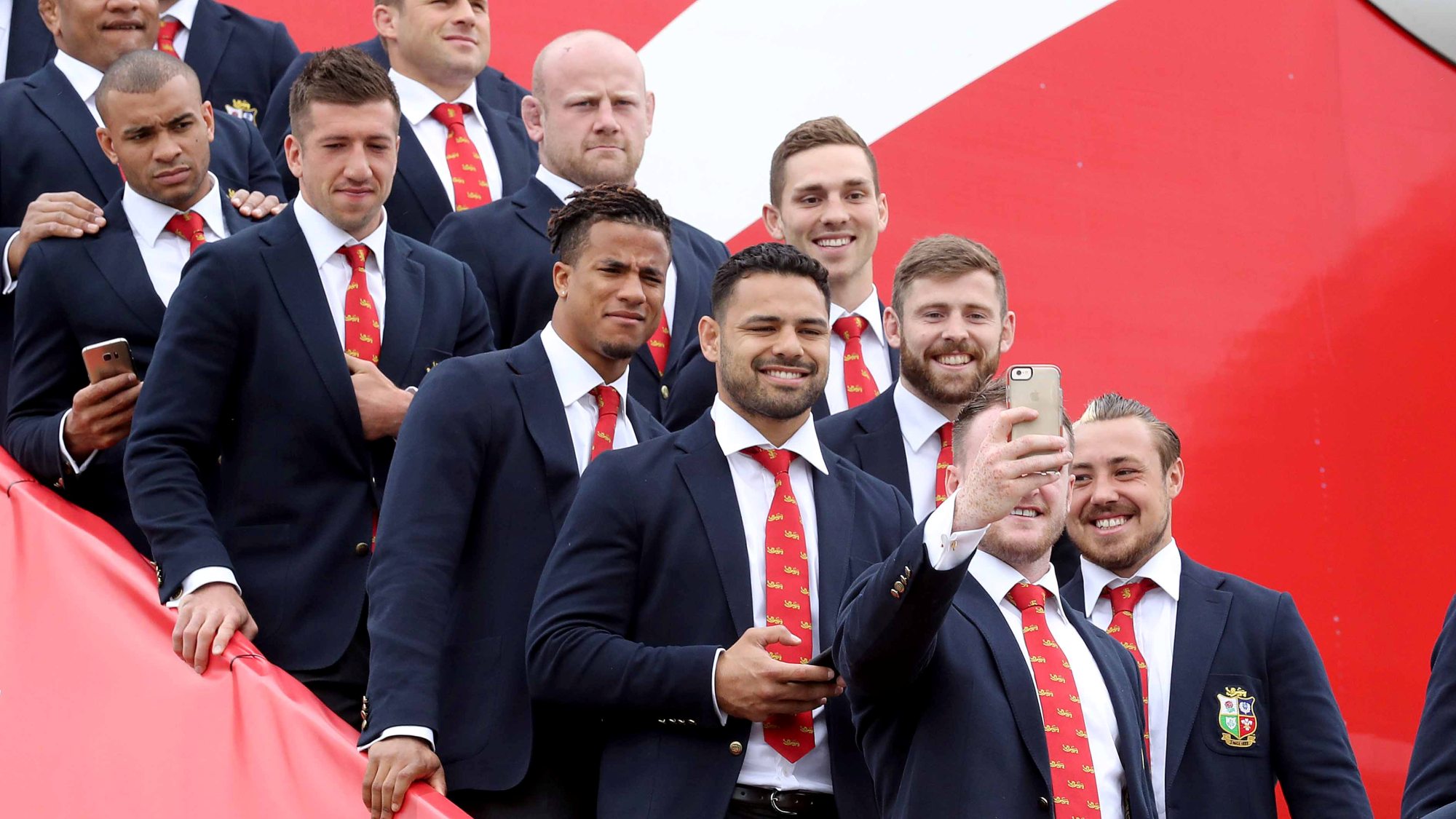 It was a busy weekend for the 41-man squad, with a number of players in domestic action over the weekend before gathering in London on Sunday.

A farewell dinner gave them a chance to bond on home soil before heading to Heathrow airport on Monday for their flight to New Zealand.

And understandably the players were keen to soak it all in, and share their experiences with supporters via social media.

For some of the players the travelling started on Sunday. Leigh Halfpenny flew over from Toulon after a 15-point performance on Saturday night:

From Toulon 🇫🇷 ➡️ London 🇬🇧. Off to meet up with the @lionsofficial boys ✈️ pic.twitter.com/3r8e8og2NE

Meanwhile James Haskell joined up with the party for the first time and was excited about the stash on offer:

I feel like a 16 year old getting my first bit of stash! @britishandirishlions

The farewell dinner took place at the Roundhouse in London. Alun-Wyn Jones caught up with one of the greatest Lions of them all, Willie John McBride, for some last-minute tips:

Farewell dinner last night and fly today… honoured to receive a few words of wisdom from the man himself!

One member of the party has a greater responsibility than the rest. As the youngest player on Tour Maro Itoje has to keep BIL the mascot safe – a job he’s taking very seriously:

Scarlets hooker Ken Owens joined up with the squad after flying in from Dublin on Sunday – his flight back out of London the following day was altogether longer:

Fellow hooker Rory Best was strapped in and ready to go alongside flight partner Jonathan Joseph:

AND WE OUTTA HERE. #AllForOne

Halfpenny and Liam Williams were in good spirits as they lined up on the steps of the plane. And let’s hope Leigh is right about the oven!

On our way. Hope I haven’t left the oven on 😂 pic.twitter.com/oPEYmEiZtQ

Stuart Hogg got in on the selfie act on the steps, leading to a few happy faces and a confused Anthony Watson:

And we finish with the Hask, sitting next to Courtney Lawes, with Joseph, Best, Taulupe Faletau and Mako Vunipola all settling in for the long haul: