Video: The squad perform Calon Lân on arrival in Auckland

The 2017 British & Irish Lions have sung in New Zealand for the first time as a group after touching down at Auckland International Airport. [more] 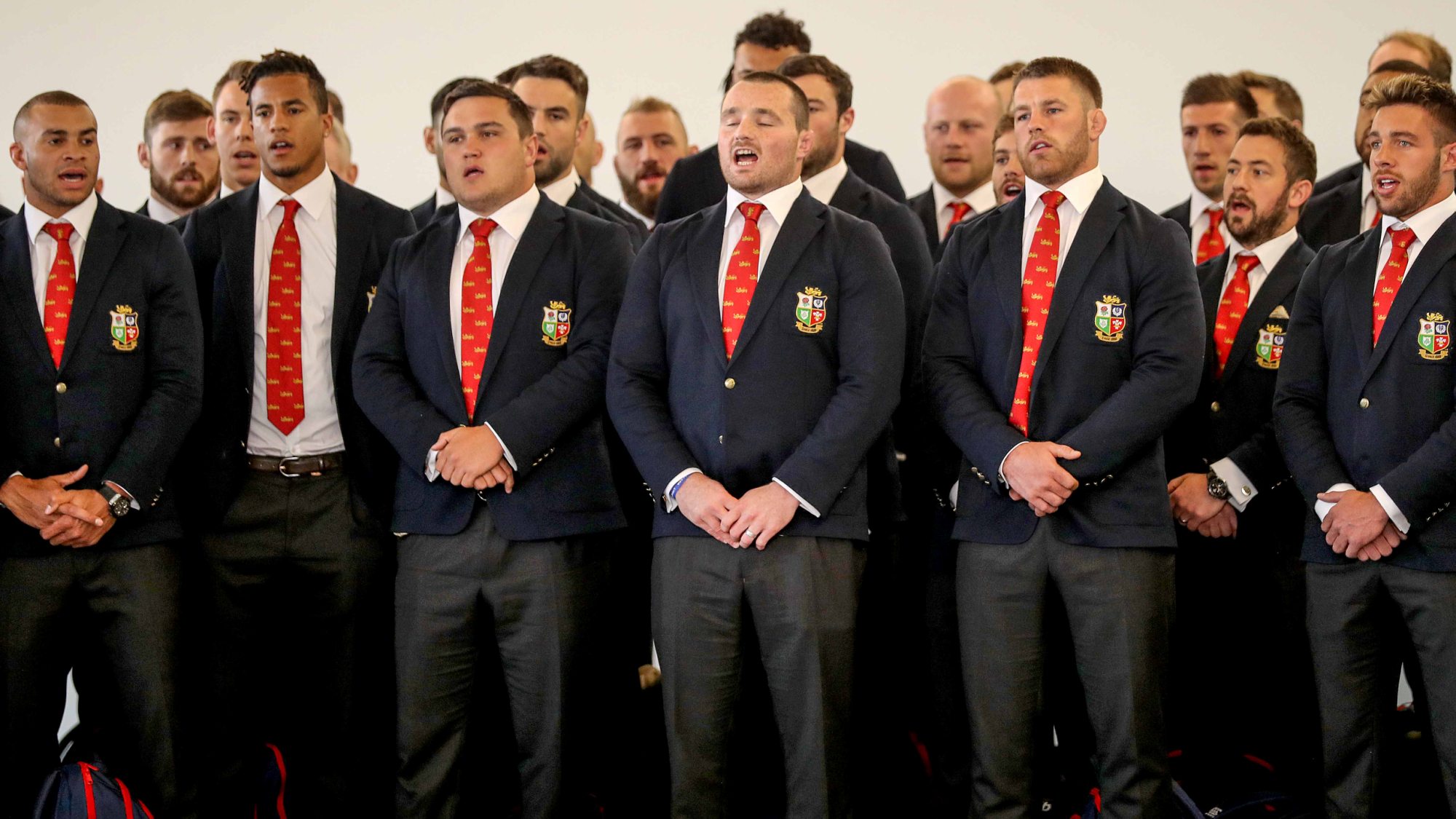 This is the first time the Lions have travelled to the land of the long white cloud for 12 years, with their arrival greeted by a traditional Maori welcome, including a haka and waiata of Maori folk songs.

It was then the Lions’ chance to deliver their own special welcome, responding in turn with the Welsh song ‘Calon Lan’ for their hosts.

Welsh hooker and choirmaster Ken Owens was on hand to lead the song, one of four the Lions have been practicing – one from each of the four countries represented on the Tour.

Head Coach Warren Gatland has been holding choir practice in camp for the past few weeks, with Fields of Athenry and Highland Cathedral performed at the 2017 Lions Farewell Dinner on Sunday.

The squad made sure to get in some last-minute practice for their grand entrance to New Zealand, sneaking in a rendition of the Welsh hymn before getting off the plane, with Leigh Halfpenny in place to capture the action.

Touch down with a sing song. Lads are hitting the right notes already 👊🏼Welcome to Auckland 👋🏼🦁 @lionsofficial#AllForOne 🎼 pic.twitter.com/AU6EBUrsAG

Jerusalem, the last of the four songs, will also be performed as an official welcome during the Tour.

Warren Gatland’s side will be performing the songs throughout the Tour, with the first match against New Zealand Provincial Barbarians taking place on Saturday.

The Lions also received an impressive welcome themselves at Auckland International Airport, including a haka and waiata of Maori folk songs.

We’re delighted to finally be in New Zealand and can’t wait for our first match on Saturday! #LionsNZ2017 #AllForOne pic.twitter.com/HRFKrTClxD