Win with Qantas and EY 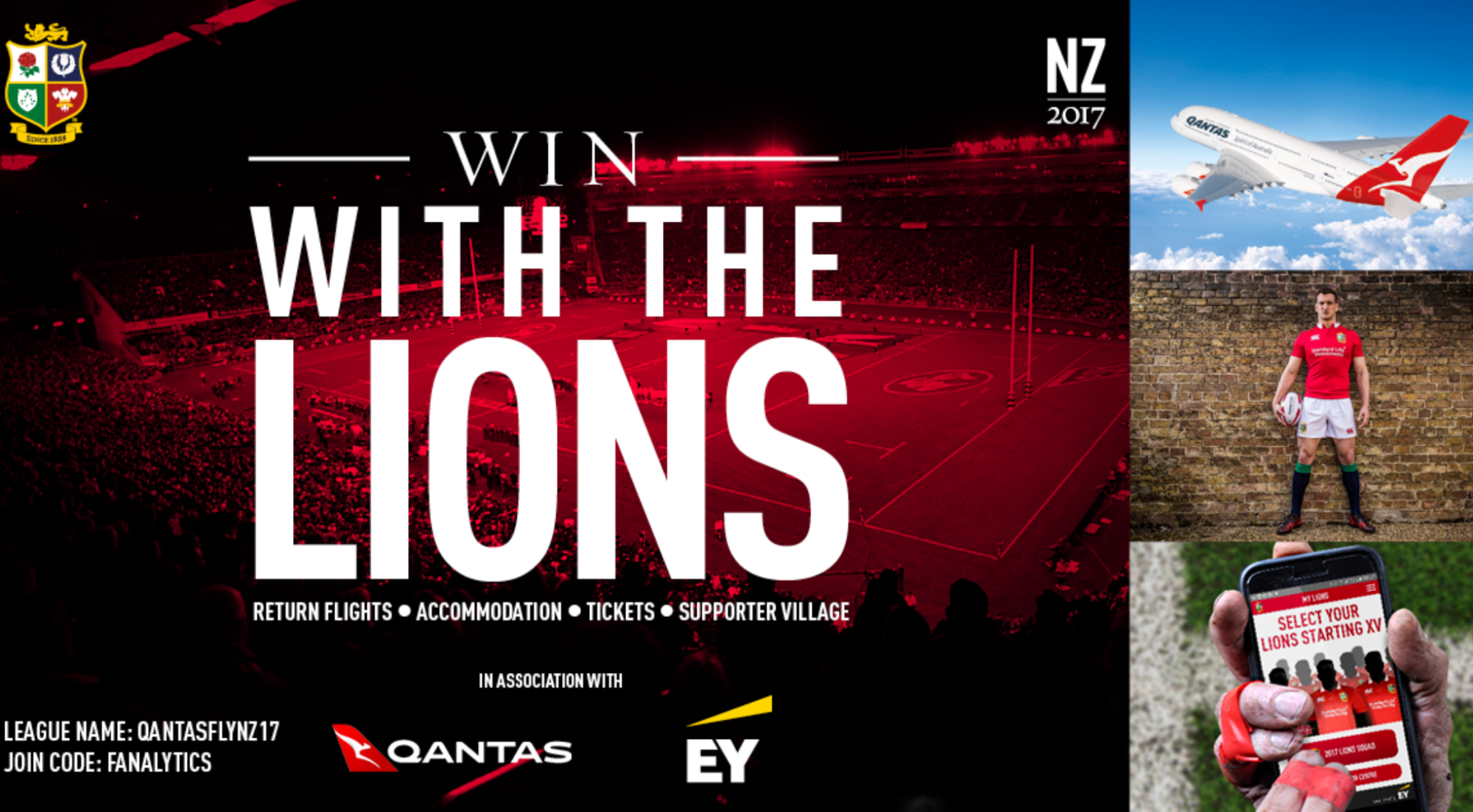 The British & Irish Lions are once again offering the ultimate prize for Lions fans so don’t miss out!

In partnership with Qantas and EY, fans of the British & Irish Lions can now win return flights for two, accommodation for two, access to the official Lions pre-match event and of course two match tickets for the first Test.

This really is the ultimate prize for any Lions fan and while the Lions may already be in New Zealand preparing for their first game, there’s still time for your to join them.

To be in with a chance to win, open your Lions app and follow the steps below:

The winner will be chosen at random.

🏃🏉⚽️😀 – our first training session in New Zealand had it all!