Best of social! The Lions visit communities in Auckland

All 41 members of the 2017 British & Irish Lions squad visited 12 different sites in the North Auckland community on Friday afternoon. [more] 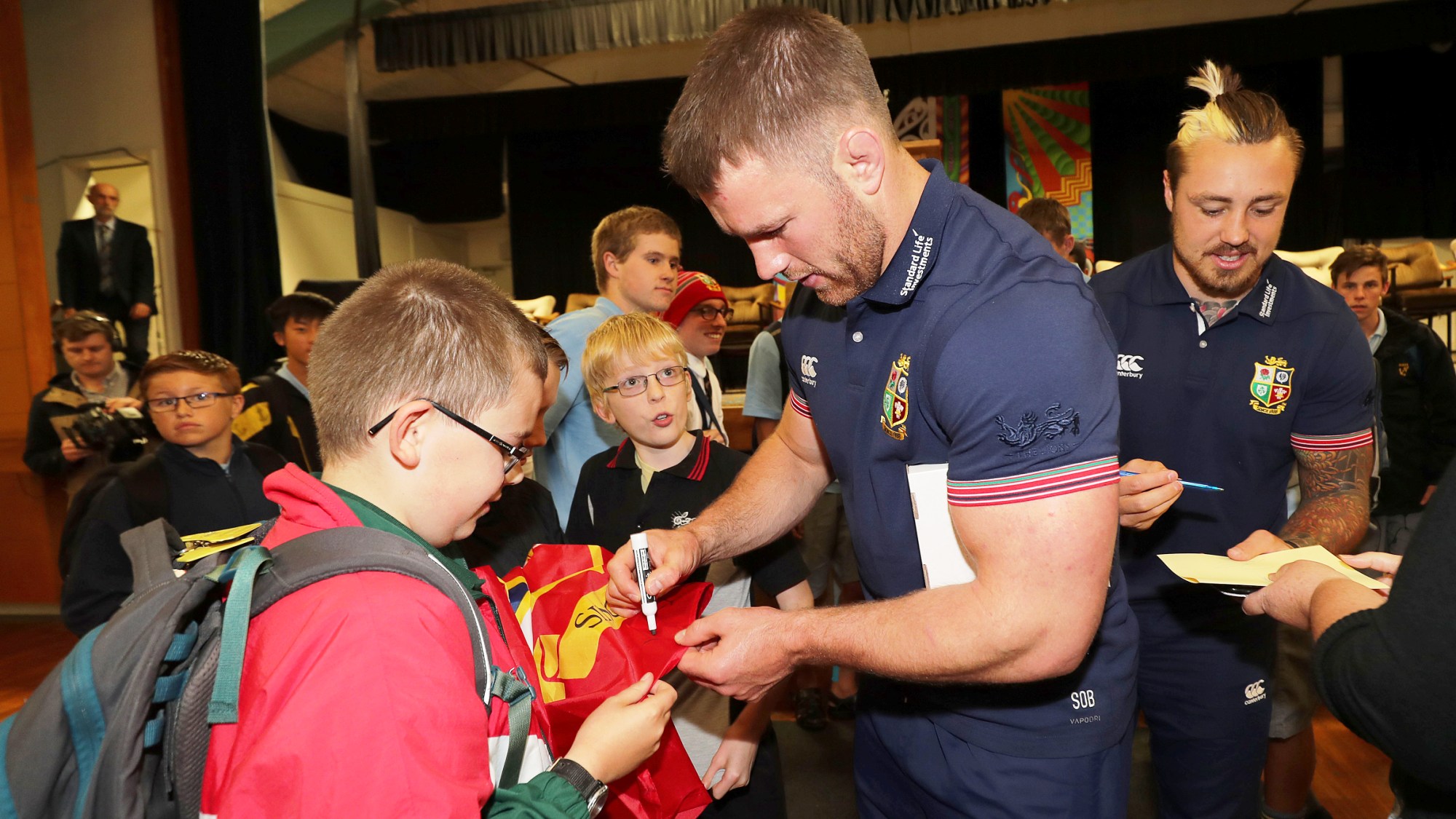 Split up into groups of three or four with nationalities intermingled, the Lions visited seven schools, three hospitals and two retirement villages on their way to Whangarei for tomorrow’s Tour opener.

At each community visit the players met, mingled and exchanged gifts, and we’ve rounded up the best of the reaction from the players themselves who loved getting their first up close and personal meeting with the locals.

First up were Dan Cole, Jonathan Davies and CJ Stander who went to Northcross Intermediate School, not far from QBE Stadium.

We had a great day at Northcross Intermediate school yesterday. @CJStander thought it was his first day of school again!! 😂#LionsNZ2017 pic.twitter.com/7phEKvEQY9

There they were greeted by students aged 11-13 who bombarded them with questions and showered them with gifts and Kiwiana – icons from New Zealand’s heritage.

😀Lots of happy faces at one of today’s community visits at Northcross Intermediate School with @JonFoxDavies @CJStander & Dan Cole pic.twitter.com/xroxMCnRYV

Meanwhile James Haskell, Jack Nowell and Sean O’Brien were being greeted by a haka at Whangarei Boys High School by the school’s first XV.

After that the trio fielded questions before signing autographs and posing for photos with the kids.

Road trip with the @britishandirishlions to visit a school in Whangarei! Q+A with @jacknowell @seanobrien678. Its been long and the chat has run dry.

Liam Williams, Jack McGrath and George North were at Rangitoto College as all players in the non-match 23 for Saturday’s game spent time in the local community.

It was not just schools however, as hospitals were also on the agenda – Robbie Henshaw, Maro Itoje and Ken Owens arriving at Waitakere Hospital to brighten the patients’ day.

Courtney Lawes, Conor Murray and Jared Payne went to Waitekere Retirement Village to pay their respects to the elderly community in the country while Leigh Halfpenny, Peter O’Mahony and Dan Biggar were at Mayfair Retirement Village handing out gifts and meeting the locals.

Road trip up to Whangarei with @Courtney_Lawes @payne15 and Ellie as our pilot! pic.twitter.com/wazemH10L4

Members of the match 23 were also charged with finding souvenirs for the Lions team room and Joe Marler, Justin Tipuric and Iain Henderson were at Kamo High School.

And skipper Sam Warburton was joined by Ben Te’o and Kyle Sinckler at Whangarei Hospital while Taulupe Faletau, Anthony Watson and Ross Moriarty were at Kensington Hospital.