Laidlaw happy to open Tour with a gritty win

The win was all that mattered to Greig Laidlaw after The British & Irish Lions kicked off the 2017 Tour by downing the NZ Provincial Barbarians on Saturday evening. [more] 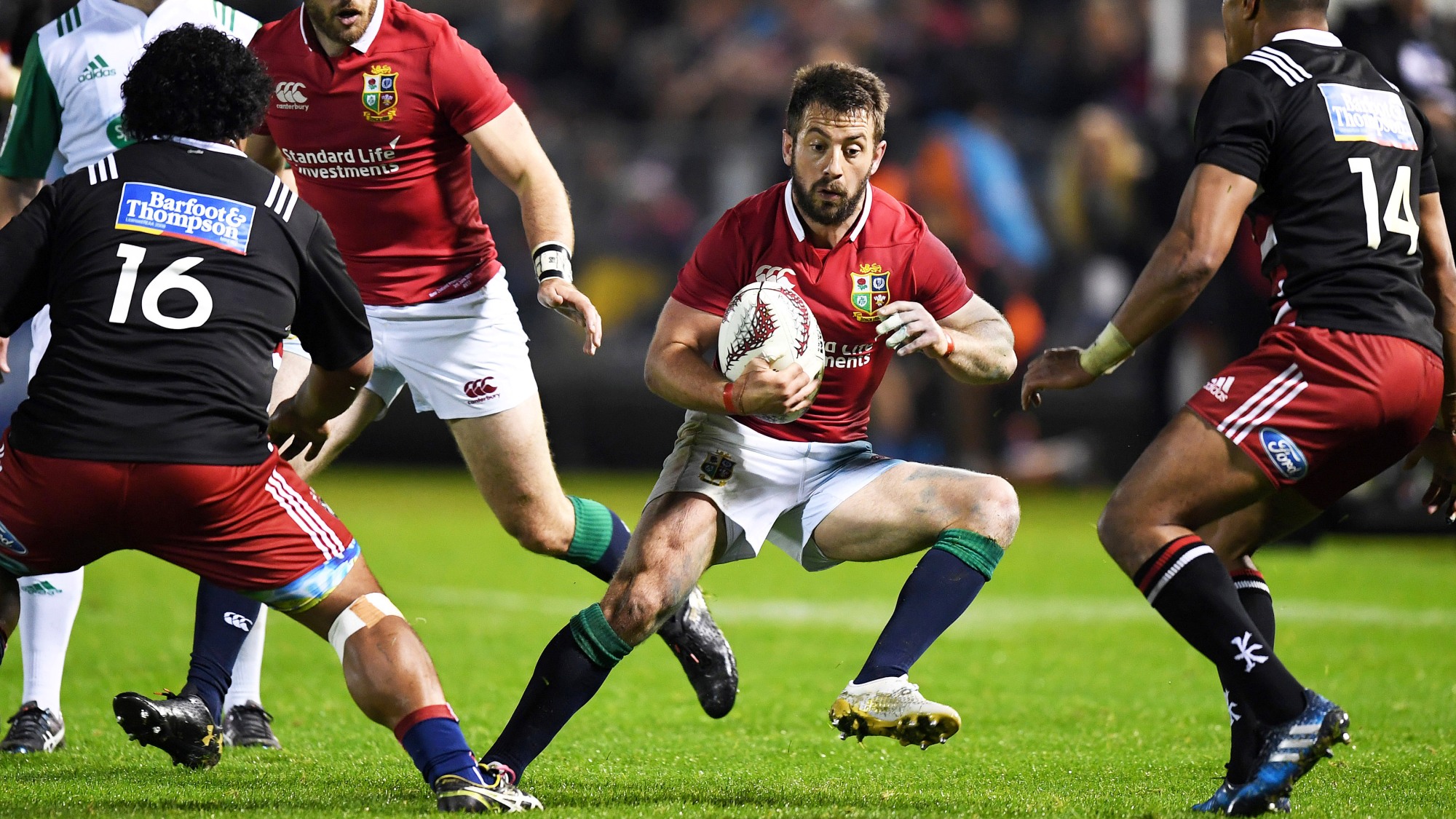 Anthony Watson’s second-half try proved vital as the tourists came from behind to emerge with a 13-7 victory in Whangarei in front of a sell-out crowd at Toll Stadium.

Their provincial opponents nearly produced a real upset as the Lions wasted plenty of try-scoring opportunities in the first half.

It took the introduction of the Lions powerful bench in the second period to seal the deal and kick the Tour off on a successful note and Laidlaw found plenty of positives.

“It was key to win and we left a fair few opportunities out there, I think it was four times that we were held up over the line,” he said.

“There was a big defensive effort in the second half which was pleasing as well.

“It was tough, they played well. They were massively motivated and it was a World Cup final for them wasn’t it?

“We would be a lot more worried if we weren’t creating opportunities, but we created a lot tonight.

“Yes we were a bit rusty, of course we were, but I come back to the opportunities we created. On a different day we take them and the scoreline is a bit different. We have won the game so we are happy with that.”

Next up on Wednesday for the Lions is a clash with the Blues at Eden Park, and Laidlaw is confident Warren Gatland’s troops will move through the gears in time for that fixture.

“Time together in the saddle will be very important now in training, putting together combinations and the team that goes out together on Wednesday, that is the next task in hand,” he added.

Click here to read the report of the first game on Tour!

“We need to make sure we go and win that now, we are off and running, 1 out of 1 so we are delighted with that.

“There were a lot of positive things from Gats, he was delighted with the win and just wants to keep pressing on now, keep getting better day in, day out, and making sure next time we take the field we are a bit better so we can go on and win more games.”

In starting the Tour opener, the 31-year-old Laidlaw made his debut for the Lions – joining his uncle Roy who appeared on the 1983 Tour.

Get your Club behind the Lions!
Apply for a club pack to host the ultimate Test match Party!https://t.co/TiRZ9KJWaG #LionsNZ2017 pic.twitter.com/REqKF9viWd

And while it was undoubtedly a proud moment – the scrum-half is desperate for another bite of the cherry.

“For me, I am absolutely delighted and very honoured to have worn the jersey,” he added.