The kickers got to sample the surroundings of Eden Park on Tuesday afternoon at the kickers practice and Leigh Halfpenny was impressed by what he found. [more] 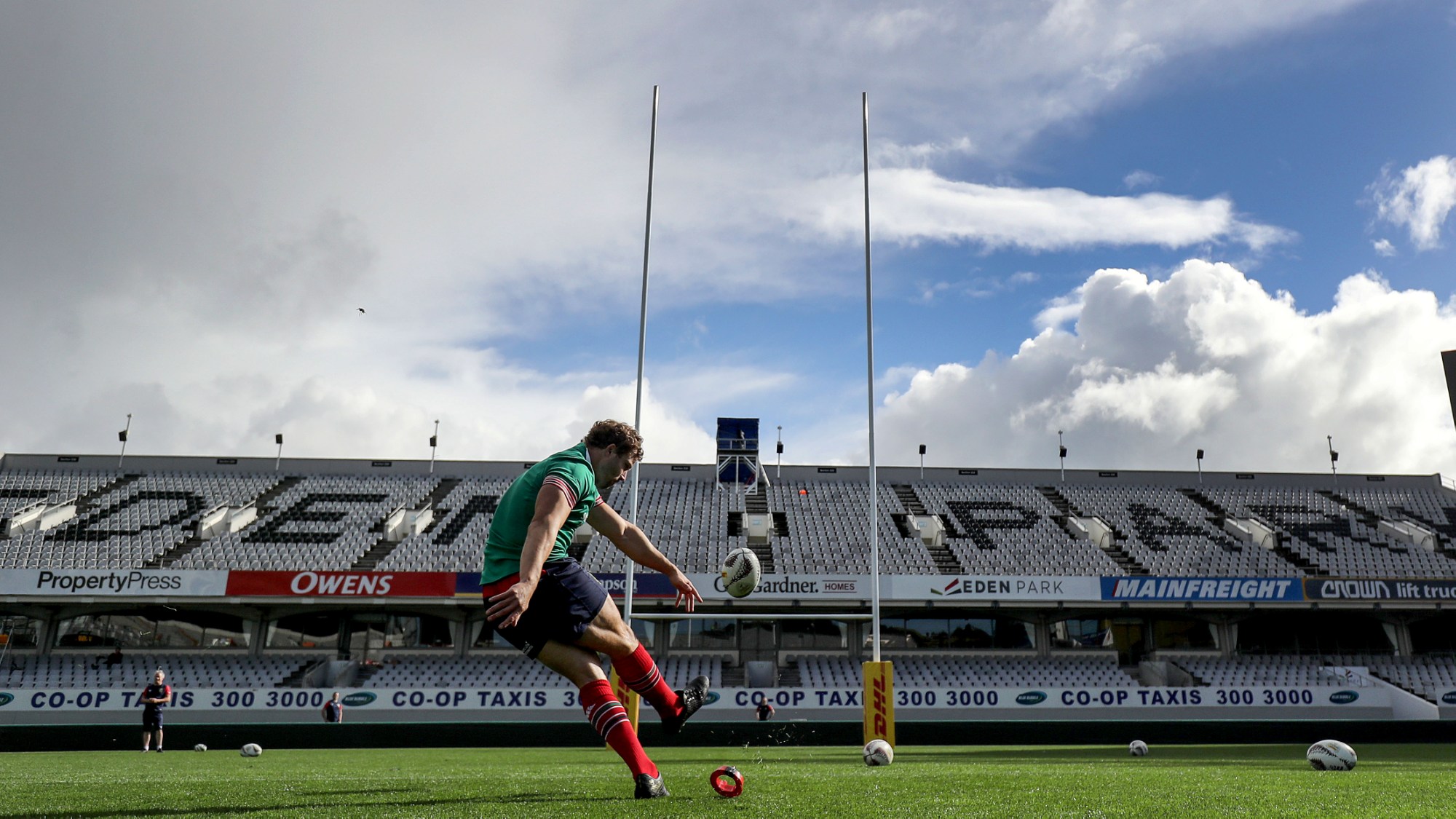 Halfpenny will start at full-back on Wednesday evening (8:35AM BST) for the Lions as they face the Blues in their second game on Tour.

He was joined on Tuesday afternoon with the other kickers from the matchday 23, Dan Biggar, Greig Laidlaw and Jonathan Sexton to get a feel for the surroundings.

Halfpenny missed last year’s Wales Tour to New Zealand so has not played at Eden Park before in his 74 cap Wales career.

But the Toulon full-back – who was named man of the series four years ago as the Lions downed the Wallabies in historic style – is feeling good.

“Putting on that jersey is a great honour, I can’t wait to pull on that red jersey again.”

The Lions are looking to build on last weekend’s 13-7 win over the NZ Provincial Barbarians in Whangarei at Toll Stadium and make it two from two on the 2017 Tour.

Warren Gatland has named an all new starting XV for the clash against the Blues – the first time in the Lions history they have faced off against Kiwi Super Rugby opposition.

News
Previous story Itoje struggling as a bodyguard but thriving on Tour
Next story Fan Feature: Lions fans Nigel and Valerie Burt ecstatic ahead of their own Tour