Fan Feature: Die-hard supporters ready for Tour of a lifetime

Following the British & Irish Lions is an experience that will live long in the memory, and one group of supporters from Wales are making it extra special by embarking on the journey in a motorhome. [more] 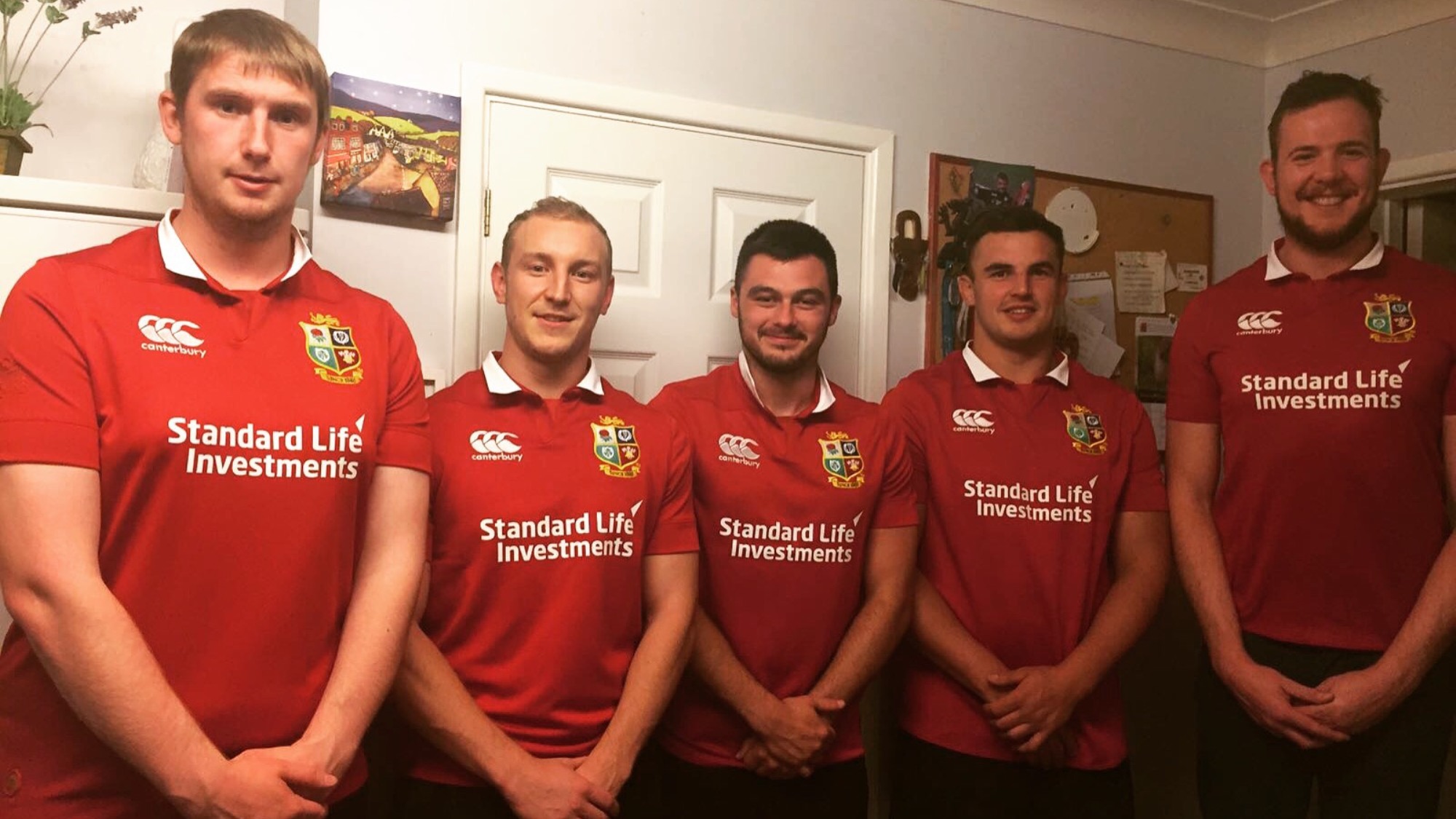 Ceryth Griffiths and five friends will set out for New Zealand on June 18 after booking their Tour through Lions Supporter Tours, which takes care of flights, accommodation and match tickets.

The group, Griffiths says, are already raring to go – and decided to follow the Lions this way as it gives them more independence to make the Tour as memorable as they can.

“It gives you more freedom,” he said. “You don’t have to stay with the rest of the group, you can go where you want.

“With a motorhome, you have the joys of staying somewhere for a couple of extra days if you want to.

“We’re hoping to go to the top of the north island, to try and find the most northern pub in the country!

“We’re going to get very familiar with each other. They’re a cracking bunch of lads going with me. We’re all rugby boys too. I’m sure it will be a great laugh!

“We’ve got our banners ready so it should be great. We’ve had a few meetings about it and we’re all excited to go!”

The six are all rugby fanatics, aged between 24 and 27, and all play for Newcastle Emlyn RFC – with Griffiths a Scarlets supporter.

The 26-year-old, who plays as a wing, hails from the coastal village of Llangrannog in West Wales, and said the stunning Antipodean scenery carries echoes of his homeland.

Griffiths said he fell in love with New Zealand’s scenery and people having spent a month there last year, and believes the 2017 Tour will be extra special for the Lions.

“There are spectacular views everywhere you go, and the people are amazing,” said Griffiths. “It will be a bit different this time as it’s winter, but I’m sure it will still be brilliant with the snow and scenery.

“I wanted to go back to New Zealand the minute I came home last year. I knew the Tour was coming up and the boys were interested.

“I looked into it further, into different places and ways of travelling around New Zealand, and this is the one that suits us best.

“It’s a special Tour to go on – it only comes around every four years, and it is special for us because it’s a different kind of tour than for example seeing Wales in Japan, it’s the best players in Britain and Ireland coming together to create a fantasy team.”

“I think with The British & Irish Lions sorting everything out as a package – it made it easier for us as supporters,” Griffiths said.

“And the Supporter Villages will be brilliant too, they are exclusive to Lions Supporter Tour bookers. We’ll be mixing with people of lots of different nationalities and getting to know everyone.”

Motorhome packages for New Zealand are now sold out, but there are last-minute options for fans keen to get to New Zealand. https://tours.lionsrugby.com/packages/

Feature News View from the Tour
Previous story McGrath: Lions are building as a squad
Next story Cooper reveals Maori All Blacks squad for Lions clash