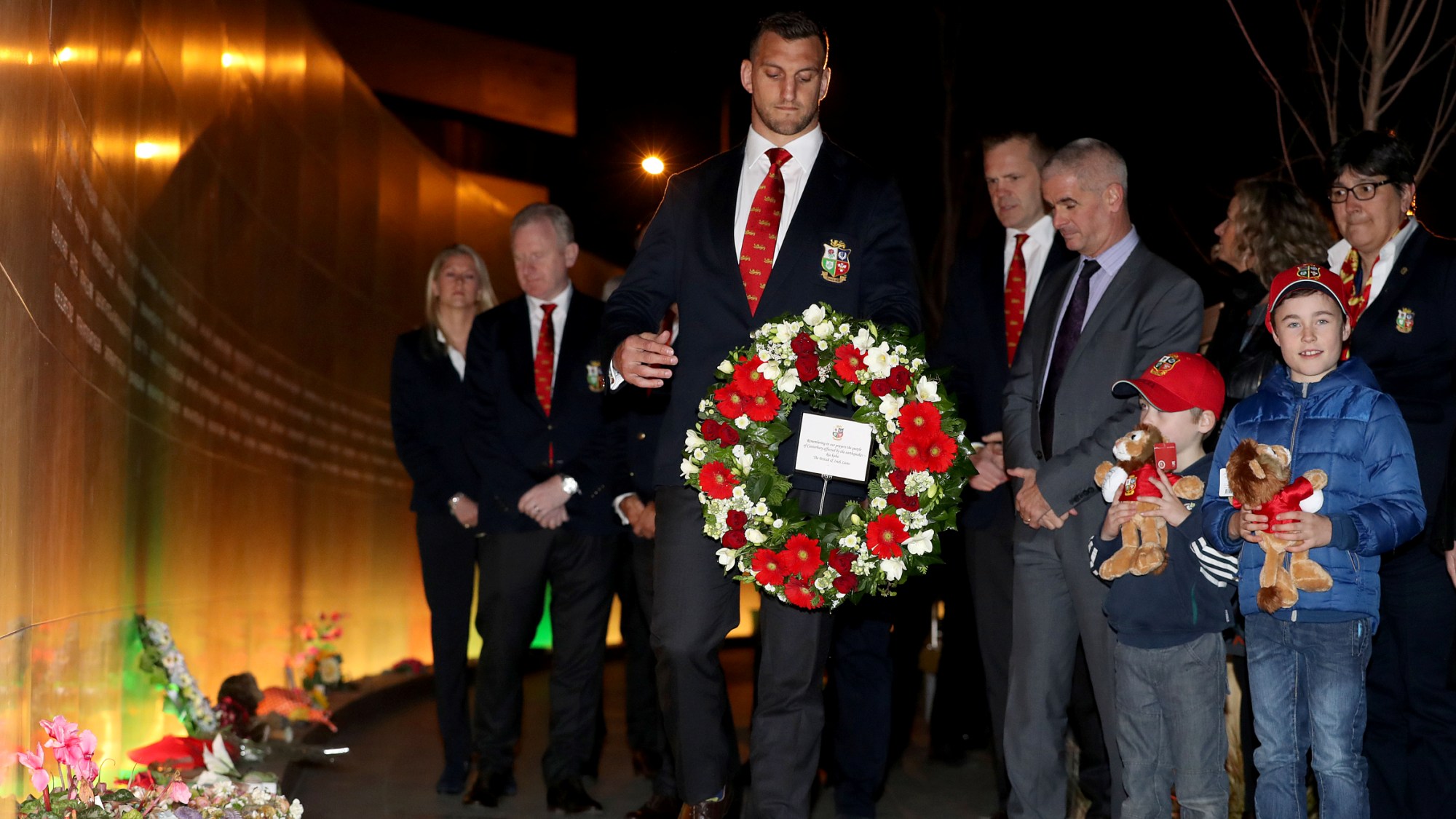 The 6.3 magnitude earthquake claimed the lives of 185 people and injured many more when it struck six years ago.

The Canterbury Earthquake National Memorial was opened on the sixth anniversary of the earthquake, 22 February 2017, and commemorates those who lost their lives, those who were seriously injured and survivors.

The Lions party was greeted by Christchurch Deputy Mayor Andrew Turner and met bereaved families and survivors including Sarah O’Connor. Sarah’s husband John, a native of Tralee in Ireland, lost his life in the earthquake. Their children Dan and Sean were also present.

The Lions were then introduced to some of the first responders and were given two books about the city.

Warburton laid a wreath at the dedication part of the memorial wall before presenting gifts to Dan and Sean O’Connor. 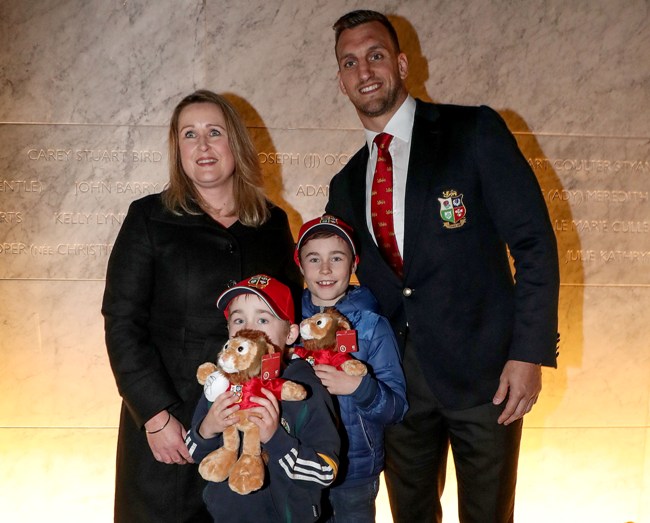 Speaking on behalf of the group, Spencer said: “On behalf of The British and Irish Lions, thank you for the privilege of sharing these moments with you, and for allowing us to express our respect.”

News
Previous story McGrath: Lions are building as a squad
Next story Fan Feature: Die-hard supporters ready for Tour of a lifetime